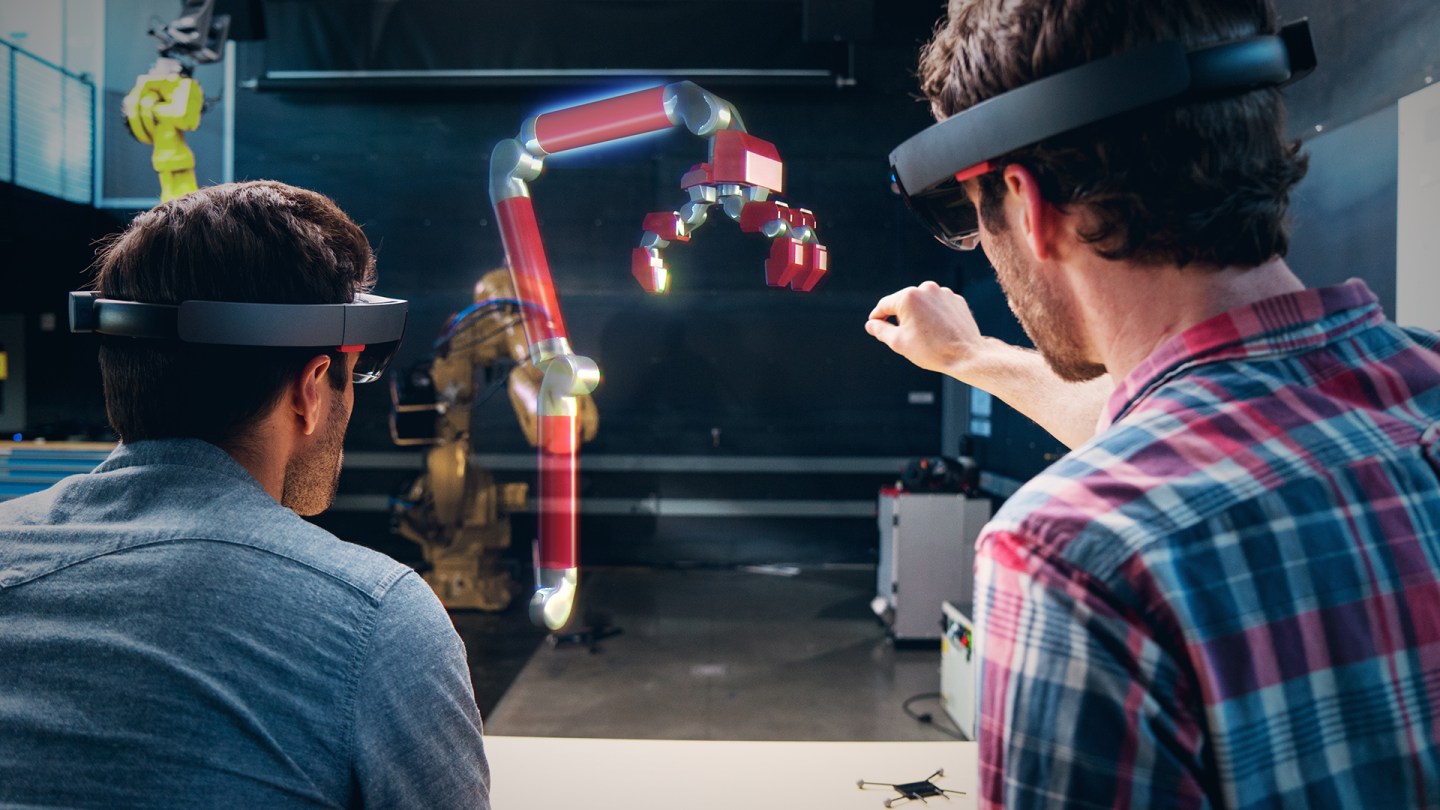 Microsoft (MSFT) is currently accepting applications for the Microsoft HoloLens Development Edition, which will start shipping in North America in Q1 2016. Ben Sugden, HoloLens studio manager at Microsoft, says this first version of the headset will focus on developers and enterprise scenarios.

Garin Gardiner, senior business development manager for Fusion 360 at Autodesk(ADSK), says mixed reality changes every aspect of how people work with their data, environment, peers, and customers. And it’s a concept that is applicable across all teams and businesses.

“Similar to how we saw the shift to the cloud give us increased collaboration, mixed reality takes this one step further by allowing us to interact directly with the environment in which we’re creating—in 3D,” Gardiner says.

The companies have explored how users can collaborate by looking at the same holographic model, experimenting with the design, and iterating on it in real time. Gardiner says it’s more intuitive to work in 3D space, creating a hypercollaborative environment that can benefit manufacturers or any enterprise that creates physical products or environments.

Sugden says HoloLens allows designers to view 3D content in high-definition, at true size and scale relative to other real-world objects—with the ability to move freely around it.

“This solution also allows non-designers to provide design feedback visually, and more easily, tightening the feedback loop between design and engineering disciplines,” Sugden says. “The tightening of that feedback loop would have the potential to save both time and money for businesses.”

Digi-Capital forecasts the virtual reality market could grow to $30 billion by 2020, while the potential for augmented reality is $120 billion in that same time.

“While virtual reality works well for things like gaming, we see enormous benefits of mixed reality for real-world applications, especially in design and engineering,” Gardiner says. “Unique to HoloLens and mixed reality, your peripheral vision is preserved—ensuring you can walk around freely—and for the kind of collaboration that designers require, this ability was a key differentiator from AR and VR.”

Although FreeForm is still in the proof of concept stage, Gardiner says early tests have been promising and users are enthusiastic about its potential.

“When a designer dons the HoloLens headset, he or she instantly understands how to use it,” Gardiner says. “With the Fusion 360 integration, the designers and engineers are still using the software and computer accessories like a mouse that they are already familiar with—but now they can see their design as a physical object in space. They can investigate it from any angle, and, for example, solve clashes in a much more intuitive manner.”

Sugden says FreeForm is just one example of how the Windows 10-powered HoloLens holographic platform can reshape how businesses work through holographic computing.

For more on what Microsoft is up to with its HoloLens headset, watch this Fortune video: