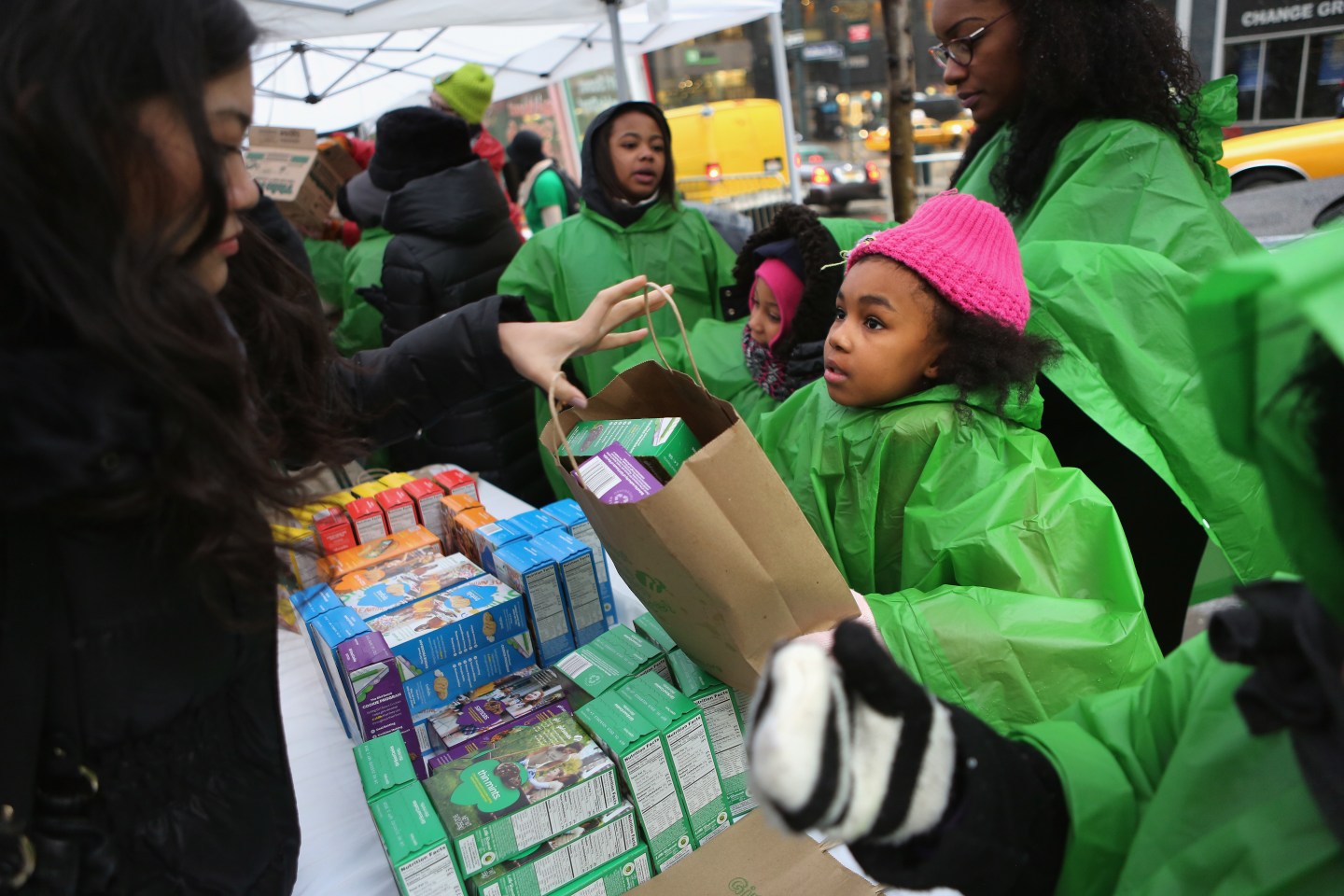 The Girl Scouts delivered the results Tuesday of their first year selling their famous cookies online, but the sales numbers are somewhat bittersweet.

Since the Girl Scouts of the USA began allowing their young female members to sell the iconic cookies digitally for the first time last December, 2.5 million boxes, or about $10 million worth, of the treats sold online in 2015.

Overall, though, Girl Scout cookie sales declined, as the organization sold 194 million boxes (about $776 million in sales) this year, including both e-commerce and traditional, in-person sales. That’s 1 million fewer boxes than the Girl Scouts sold in 2014.

Girl Scout cookie sales have been crumbling for the past few years, according to a spokesperson for the organization. Still, the online cookie orders made the total sales figures sweeter than the Girl Scouts originally expected: While they’d projected that 2015 numbers would decline nearly 6% from the previous year (or by nearly 10 million boxes), sales only declined by less than 1%. The $10 million in online sales is “an incredible number, when you consider it was essentially a startup business,” a Girl Scouts spokesperson says.

Ultimately, though, the Girl Scouts’ e-commerce initiative, known as Digital Cookie, isn’t just about increasing sales but about teaching girls more about modern business and entrepreneurship. Rather than setting up a cookie stand on the sidewalk outside school, Girl Scouts can set up their own cookie-selling websites (with personalized messages about their fundraising goals) and send email blasts to their contacts, who can then place their online orders via Visa Checkout. Girls can even use social media to distribute their cookie websites beyond their own network (though their parents still have to approve in-person deliveries to strangers). In addition to the sales results, the Girl Scouts revealed a new, updated version of Digital Cookie, which includes more features and analytics for the girls to monitor their sales, as well as games to polish their tech skills and reinforce business principles.

Fortune spoke with several Girl Scouts who had already been selling cookies online for the past year. Demonstrating the Digital Cookie app on smartphones and tablets as well as laptops, the girls spoke of selling hundreds, and even thousands, of boxes; one said she liked the mass-blast email feature because it meant she could send out a sales email before she went to bed, and wake up with orders in her inbox.

The Girl Scouts are expecting the digital e-commerce platform to drive greater sales in the future, especially as it also means that the cookies can be shipped to customers—something that was not possible before last year. After all, before that capability, “It used to be that girls would bring a suitcase of Girl Scout cookies when they went to visit grandma,” says Anna Maria Chávez, CEO of Girl Scouts of the USA. “The number one reason people don’t buy Girl Scout cookies is because they can’t find a Girl Scout. This solves this.”