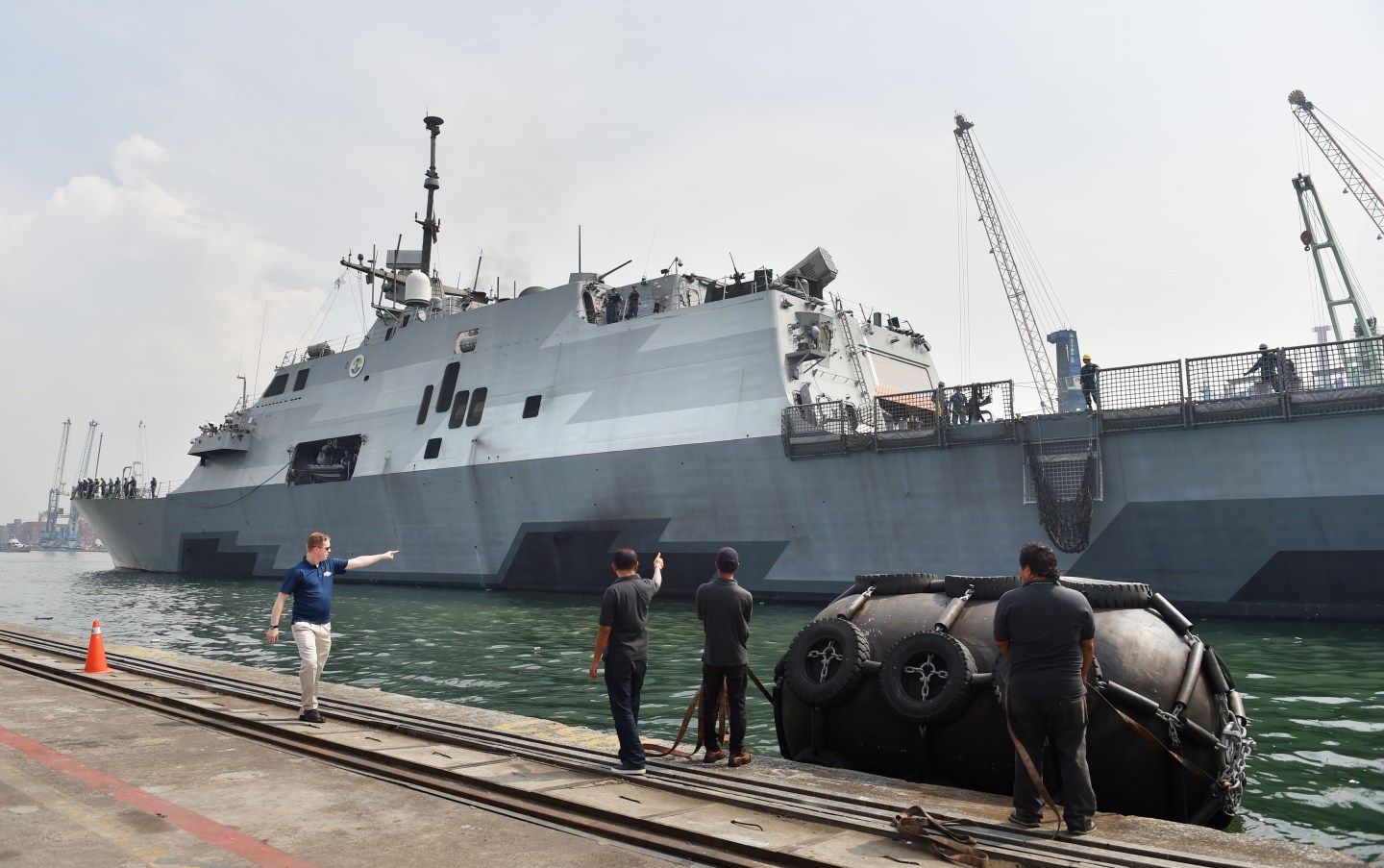 Port officials direct USS Forth Worth to anchor at Tanjung Priok port in Jakarta on December 22, 2014. The littoral combat ship USS Fort Worth (LCS 3) arrived in Jakarta as part of a 16-month rotational deployment in Asia-Pacific. It is Fort Worths first visit to Southeast Asia, and also marks the first LCS visit to Indonesia. The ship is expected to stay a few days in Jakarta before heading to Singapore, and moving later to other countries in Asia-Pacific, in support of the Navys strategic rebalance to the Pacific, according to the Navy News Service. AFP PHOTO / Bay ISMOYO (Photo credit should read BAY ISMOYO/AFP/Getty Images)
Photograph by Bay Ismoyo — AFP via Getty Images

The Navy is planning to spend nearly $900 million on a Remote Minehunting System built by Lockheed Martin, the U.S.’s biggest contractor, that has failed a series of reliability testing.

The RMS is supposed to aid the Navy’s Littoral Combat Ship in its primary mission of detecting underwater mines from a safe distance, but Bloomberg reports that the Pentagon’s weapons-testing office has found the system to be ineffective.

It has failed 24 tests since September of last year, 14 of which took place during a five month testing period that ended in August. Michael Gilmore, the Pentagon’s director of combat testing, will present a 41-page assessment of the RMS during a Jan. 19 review by Frank Kendall, the under secretary of defense.

Joe Dougherty, a Lockheed Martin spokesperson, told Bloomberg that the company is “confident the RMS is the most mature system to identify and destroy mines.” However, Captain Thurraya Kent, a spokesperson for the Navy, stated that the drone’s “reliability performance has not been acceptable,” and a spokesperson for Michael Gilmore, the Pentagon’s testing chief, said it would be ineffective in combat with its current capabilities.

The RMS was expected to complete testing and be prepared for combat by September of this year after the Navy spent $109 million on the first eight underwater drones, spare parts, and logistics services in 2005. It plans on spending another $895 million on the next order of 54.

In a memo dated Nov. 3, Kendall’s deputy for development testing wrote that it’s uncertain if the RMS “will ever meet the Navy’s reliability requirement.”

The Navy plans to build 32 Littoral Combat Ships, each of which would be equipped with the RMS and depends on its ability to detect mines, in a program that’s expected to cost $23 billion. The LCS includes a separate system intended to destroy mines detected by the RMS, but that hasn’t proven to be effective either.

Lockheed Martin could not immediately be reached for comment.