Donald Trump Wants Bill Gates to ‘Close That Internet Up’ 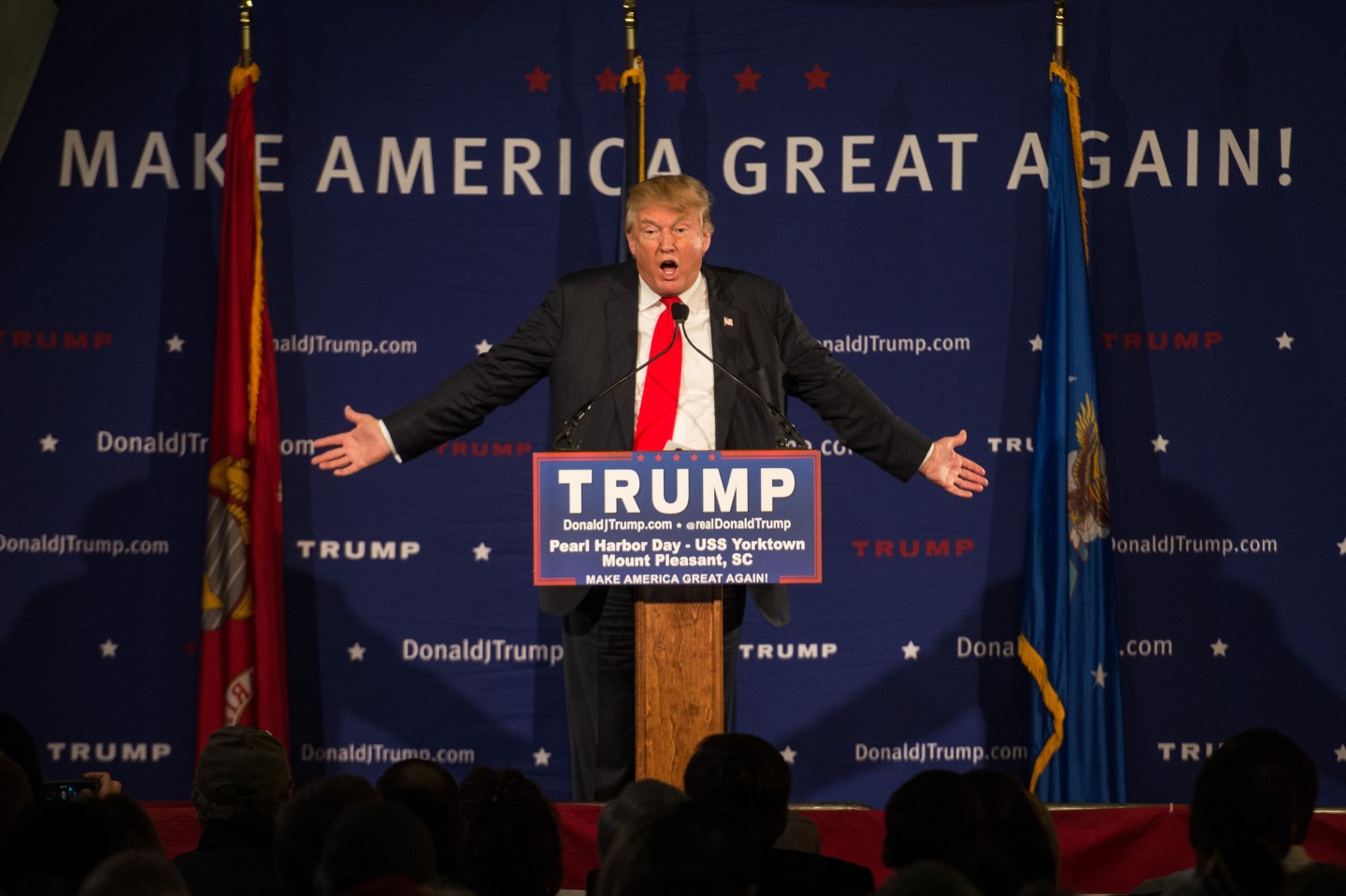 The year’s top presidential contenders have begun floating their plans to combat the self-identified Islamic State of Iraq and Greater Syria (ISIS).

As President Obama affirms his commitment to battling the terrorist group through airstrikes, military force, and stricter gun control laws, Democratic frontrunner Hillary Clinton is floating the idea of employing Silicon Valley’s”great disrupters” to block the extremist group’s online communications and content. And now Donald Trump, the Republican leader, has offered a characteristically bombastic proposal of his own.

At a campaign rally aboard the USS Yorktown in Mount Pleasant, S.C., Trump suggested that Microsoft (MSFT) founder Bill Gates, could possibly help censor parts of the online world. “We’re losing a lot of people because of the Internet,” Trump said. “We have to see Bill Gates and a lot of different people that really understand what’s happening. We have to talk to them about, maybe in certain areas, closing that Internet up in some way.”

“We’ve got to maybe do something with the Internet because they are recruiting by the thousands.”

For all the ambiguities that remain in the plan—and yes, there are many—Trump’s idea actually sounds rather similar to Clinton’s, though it is a bit more ridiculously presented through his sole name-checking of the tech magnate. At least the proposal, at this early stage, seems more targeted in its approach than another one of his recommendations: banning muslims—immigrants, tourists, etc.—from entering the country, as he recently proposed.

Watch the clip yourself beginning at the 23:35 minute mark. Post your reactions below. Who do you think has the best plan?

Fortune has reached out to Microsoft and the Bill & Melinda Gates Foundation to request comment from Gates. We will update this post if we hear back.

For more about the Internet, watch the video below: