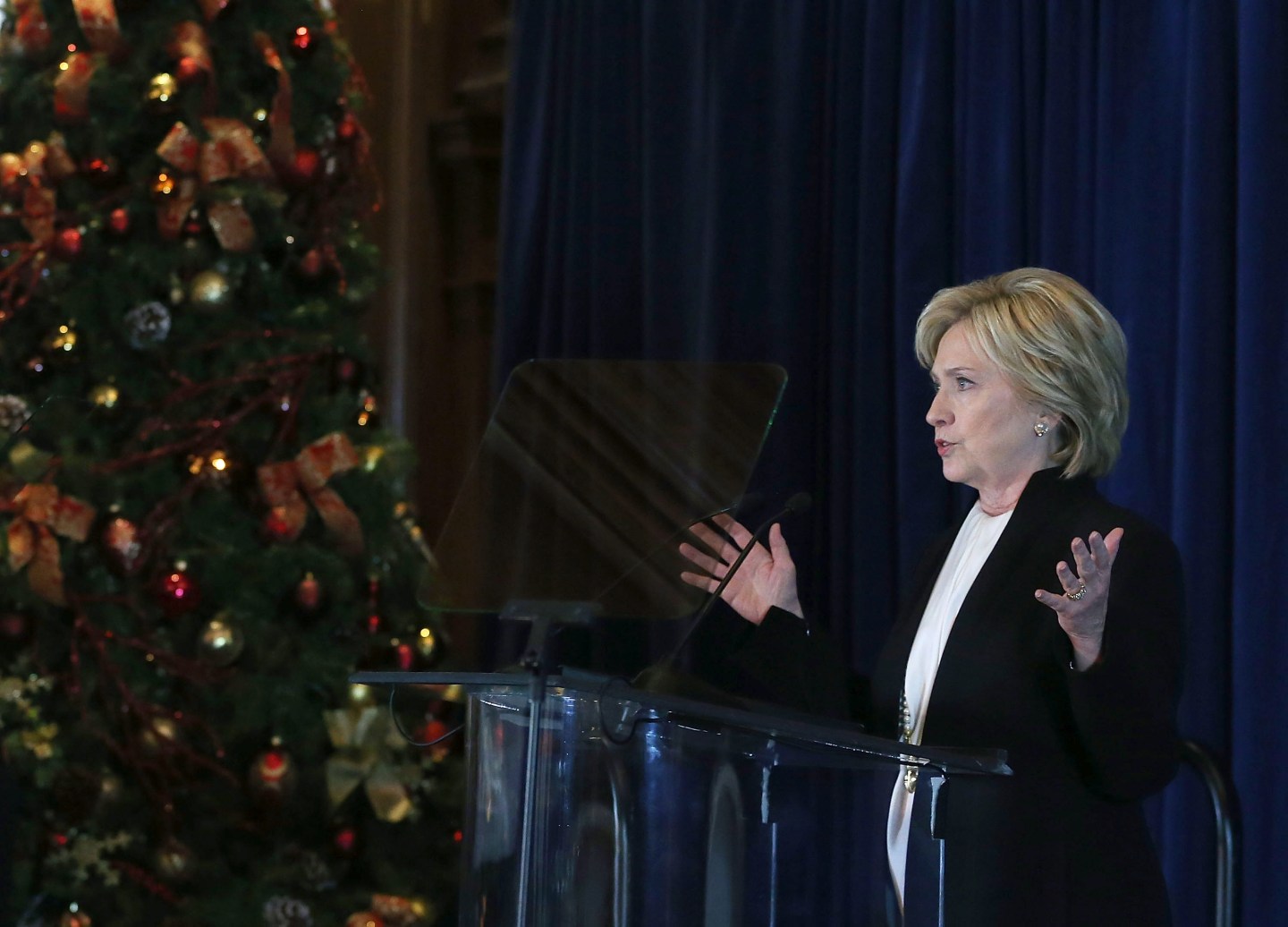 The nation’s response to the so-called Islamic State, or ISIS, has been a common theme on the campaign this year, especially in wake of the attacks in Paris and the shooting in San Bernardino last week, both of which were reportedly inspired by the extremist group.

Hillary Clinton took her turn on Sunday, calling ISIS “the most effective recruiter in the world,” and urging technology companies to help combat the group by blocking or removing militants’ online content and communications.

At the Saban Forum at the Brookings Institution, Clinton said, “We need to put the great disrupters at work at disrupting ISIS,” according to The New York Times.

The statements were risky in that they could put the Democratic frontrunner at odds with Silicon Valley executives—Apple CEO Tim Cook, for instance, has stood firm in his support for Americans’ fundamental right to privacy—and rile voters in early primary states like Iowa and New Hampshire, where there is significant suspicion of the government and its requests for access to users’ electronic communication and data.