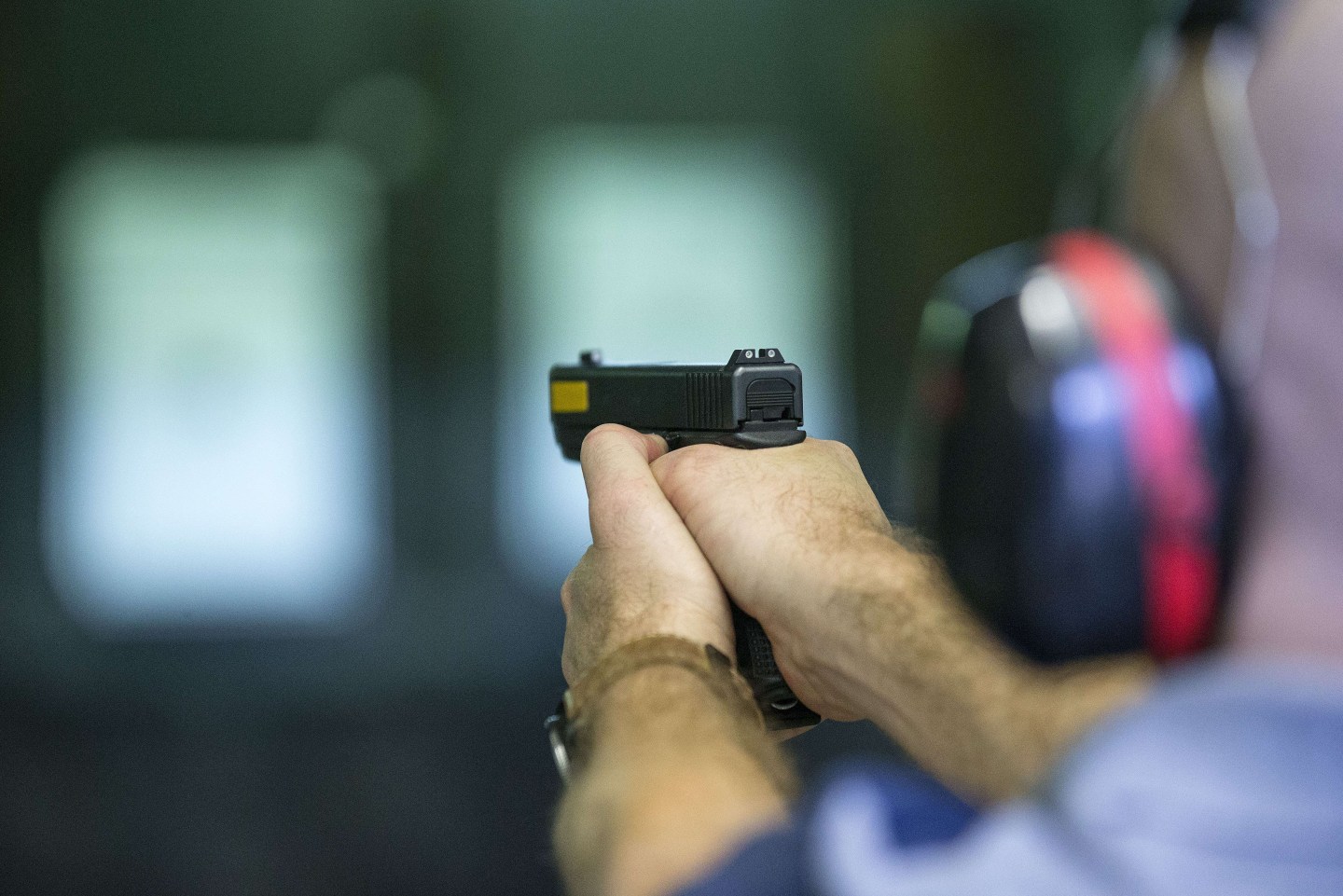 An Israeli man fires a weapon at an indoor shooting range in the Israeli coastal city of Tel Aviv on October 13, 2015. The recent tide of unrest between Palestinians and Israelis, which has seen a series of stabbing attacks and violent protests, has raised fears that a full-scale third Palestinian uprising, or intifada, could erupt. AFP PHOTO / JACK GUEZ (Photo credit should read JACK GUEZ/AFP/Getty Images)
Jack Guez—AFP via Getty Images

That last week’s mass shooting in San Bernardino, Calif. was premeditated should come as no surprise.

The Federal Bureau of Investigation said that the two shooters had visited firing ranges for target practice ahead of the killings that left 14 people dead and injured 21 last Wednesday.

David Bowdich, assistant director at the FBI’s Los Angeles bureau, confirmed the detail during a press conference on Monday afternoon. “We do have evidence that both of the subjects participated in target practice in some ranges within the metro area, or within the Los Angeles area,” he said. “That target practice on one occasion was done within days of this event.”

Bowdich said the FBI has evidence that the suspects—Syed Farook and Tashfeen Malik, a married couple— were “radicalized” and had been “for quite some time.”

“Now we’re trying to understand how did that happen,” he said.

The FBI is still hunting for clues as to whether the killers had help from, or direct links to terrorist organizations outside the United States, such as the self-declared Islamic State. “We want to find out anyone who profited from [the attack], or financed it,” Bowdich said.

He estimated that investigators have conducted “well over 400 interviews by now” in relation to the case.

The investigators also provided a tally of the weapons in the shooters’ possession so far. Bowdich, for instance, revised the number of pipes—implements that can be made into explosives—to 19 from an earlier estimate of 12.

The number of guns recovered so far totals five, said John D’Angelo, assistant special agent in charge at the Bureau of Alcohol, Tobacco, Firearms, and Explosives’ local field division. That includes two pistols and one rifle purchased by Farook between 2007 and 2012, ABC reports, and two assault rifles allegedly purchased by Enrique Marquez, a former neighbor.

It is unknown whether Marquez had any knowledge of the plot. He has since checked himself into a mental hospital, according to the Los Angeles Times.

For more about gun policy, watch the video below: