This Country Wants to Give Every Citizen $867 a Month 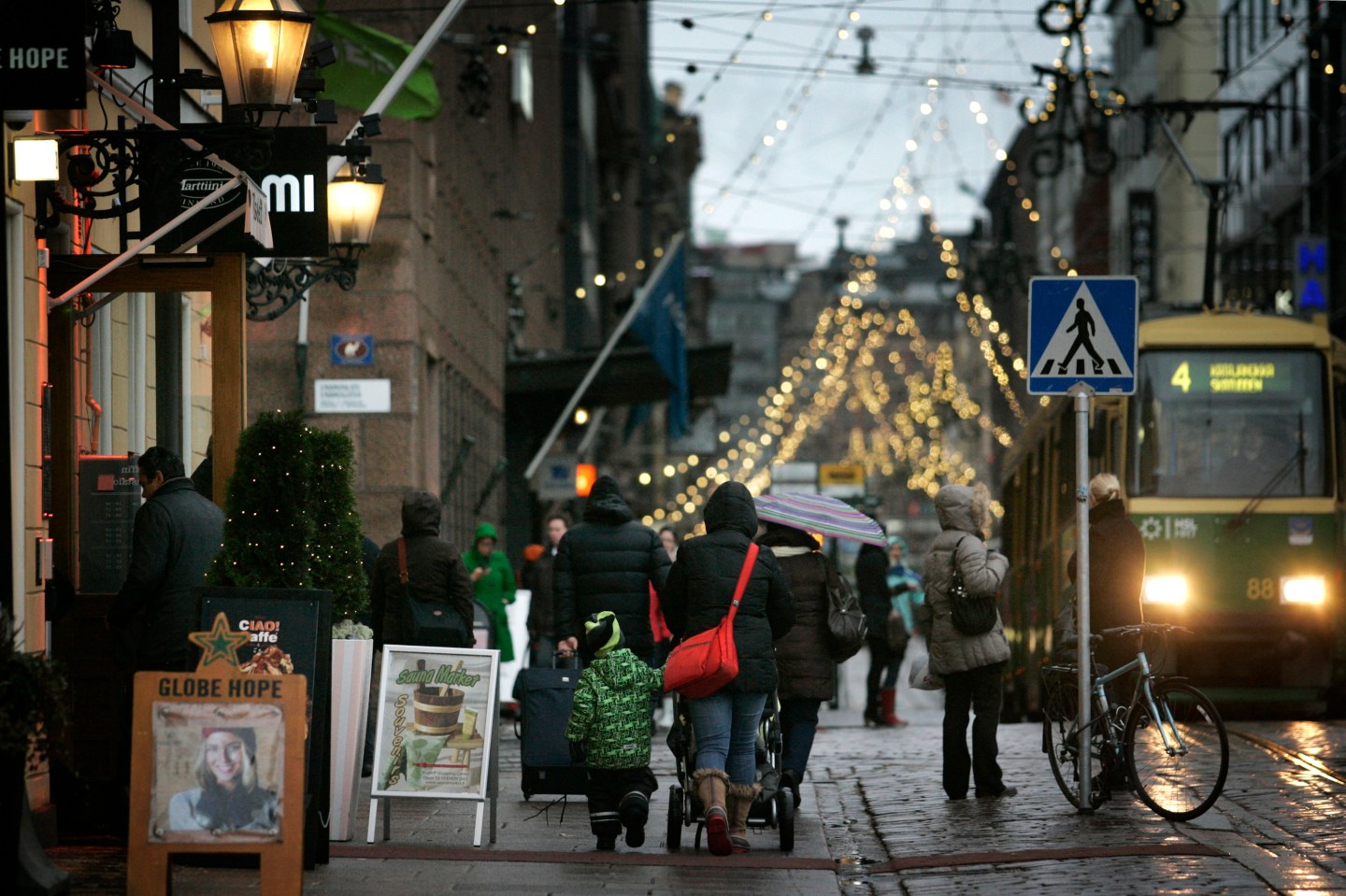 Pedestrian pass stores and a city tram on Aleksanterinkatu street in Helsinki, Finland, on Saturday, Dec. 10, 2011. Finland has been a sticking point already once this year, when its demands on collateral for bailouts threatened to delay a second rescue package for Greece. Photographer: Ville Mannikko/Bloomberg via Getty Images
Photograph by Ville Mannikko — Bloomberg via Getty Images

Finland is reportedly planning to institute a national basic income of 800 euros ($867) a month for every citizen.

In its proposal, the Finnish Social Insurance Institution – also known as Kela – will do away with all other earnings-based benefits in favor of the tax-free payout. If a final proposal is approved next November, the monthly payouts will begin at 550 euros ($597) per person during a pilot phase, and scale up to the higher amount after some time, according to the Finnish broadcasting site YLE.

The plan has been seen as an attempt to lower the country’s unemployment rate. In July, Finland recorded an unemployment rate of 10%, a 17-year high. Among its 15 to 24-year-olds, the percentage of unemployed rose to 22.7%.

The national basic income, which will be paid regardless of job status, would allow Finns to take up temporary jobs without fear of losing their benefits. Currently, those on the welfare system stand to lose their benefits if they opt to take low-paying part-time jobs, reported The Telegraph. In a survey by Kela to canvas support for their plan, 69% said they were in favor of a national basic income.

“For me, a basic income means simplifying the social security system,” said Finnish Prime Minister Juha Sipila, who is an advocate for the proposal, according to the BBC.

There has been precedence for such a move – those staying in the Canadian town of Dauphin received a stipend from 1974 to 1979, and a later study showed positive results in hospitalization and high school graduation rates. Switzerland’s parliament voted down an initiative to offer an unconditional basic income to its citizens, even though a survey showed 49% of Swiss supported the plan. A referendum on this issue is on the cards for next year.

But here are downsides to such a plan. It would cost the Finnish government around 52 billion euros ($56 billion) to finance the payments, as calculated by Bloomberg. With a projected government revenue target of 46.1 billion euros next year, and a Finnish economy that recorded a negative 0.1% GDP loss last year, it would seem the government could ill-afford such an expensive hand-out.