This is Bernie Sanders’ Plan to Fight Climate Change 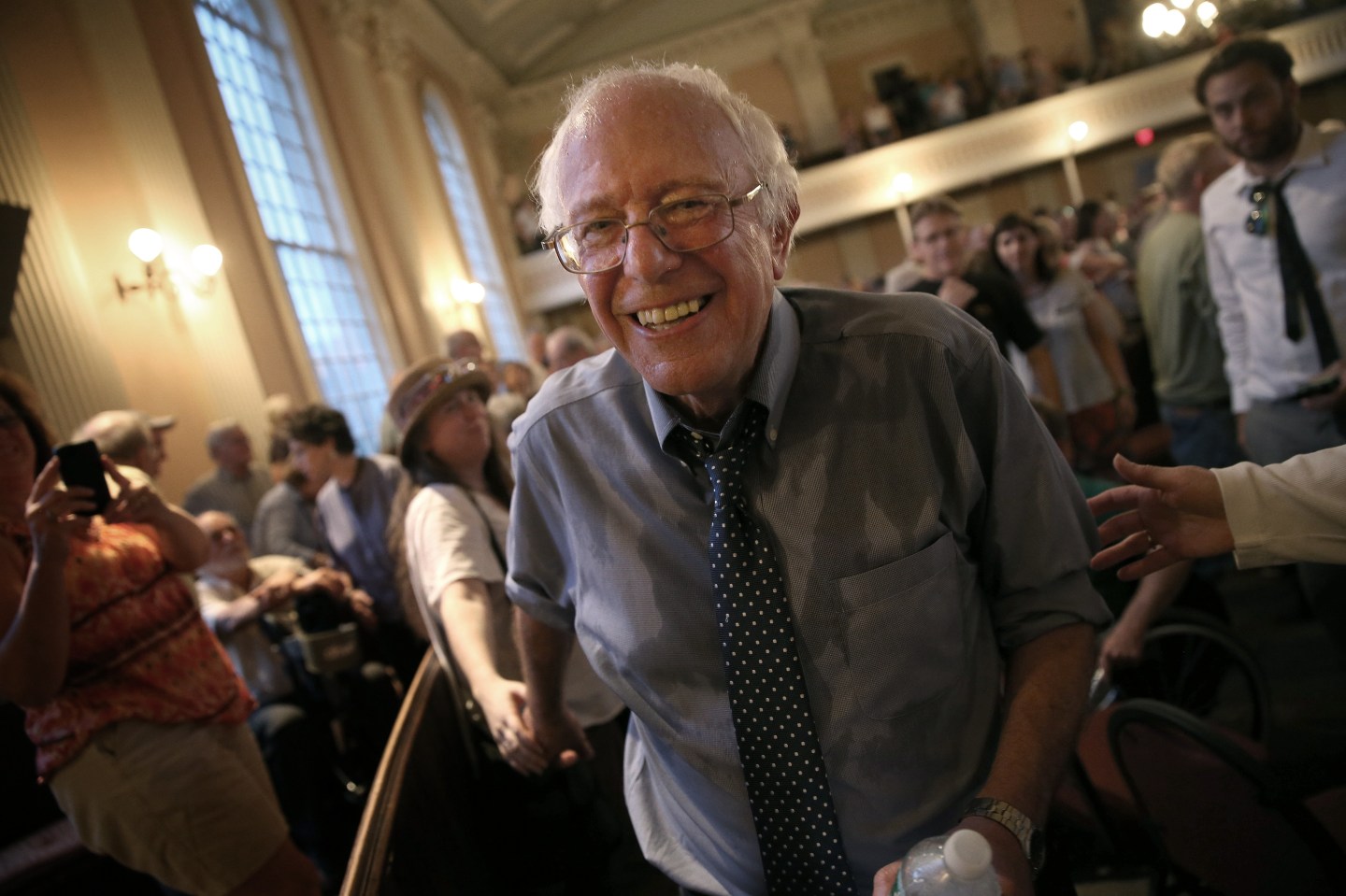 PORTSMOUTH, NH - MAY 27: Democratic presidential candidate and U.S. Sen. Bernie Sanders (I-VT) finishes greeting supporters following a packed town meeting at the South Church May 27, 2015 in Portsmouth, New Hampshire. Sanders officially declared his candidacy yesterday and will run as a Democrat in the presidential election. He is former Secretary of State Hillary Clinton's first challenger for the Democratic nomination. (Photo by Win McNamee/Getty Images)
Photograph by Win McNamee—Getty Images

Stopping climate change has been a cornerstone of Bernie Sanders’ bid for the White House since he declared his candidacy, and on Monday the Vermont Senator unveiled a proposal that details how exactly he plans to do it.

Sanders’ primary goal is to cut carbon pollution in the United States by 40% by 2030 and by 80% by 2050. He says he’ll achieve that objective by taxing carbon pollution—a measure that’s long been proposed as a way to curb emissions but has gotten zero traction among most Congressional Republicans.

Sanders, who’s polling well behind former Secretary of State Hillary Clinton for the Democratic nomination, released his plan during the climate summit in Paris and amid Republican presidential candidates’ on-going dismissal of climate concerns. In an interview published last week, New Jersey Governor Chris Christie said “hell no” when asked if the United States should lead the fight against global warming. “I think there’s a lot more important things to worry about,” he told The Atlantic.

According to Sanders’ plan, the candidate also wants to create a clean-energy workforce of 10 million jobs by building a clean, nuclear-free “energy system” that will decrease the nation’s dependence on foreign oil. He also wants to “protect the most vulnerable communities in the country suffering the ravages of climate change,” which he plans to do by taxing polluters and ensuring that “fossil fuel companies don’t subject [Americans] to unfair rate hikes.”