NSA Surveillance Programs Are Far From Over Despite New Limitations 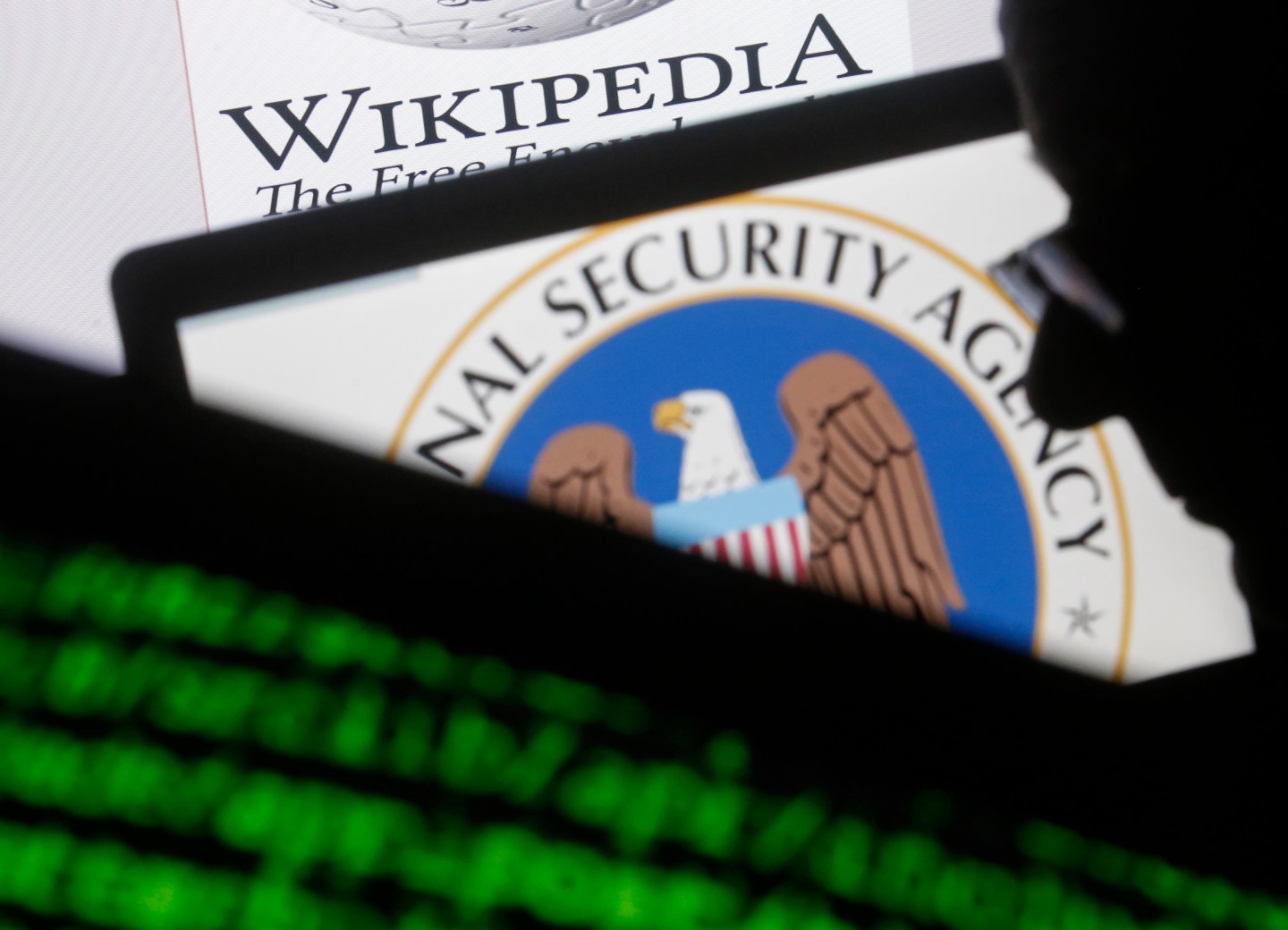 A man is seen near cyber code and the U.S. National Security Agency logo in this photo illustration taken in Sarajevo March 11, 2015.
Photograph by Dado Ruvic — Reuters

The Office of the Director of National Intelligence (ODNI) recently announced that as of “Sunday, November 29, the government is prohibited from collecting telephone metadata records in bulk under Section 215, including of both U.S. and non-U.S. persons. This discontinuation is a consequence of legislation, specifically the USA Freedom Act, resulting from public discussion of, and discomfort with, the program. In fact, evidence suggests there continue’s to be real public concerns around government surveillance.

Even among those who support ending this program — and there is far from unanimity on that, alternatives are already being discussed in Congress — debate rages about the importance of this change. There is an optimistic interpretation of this development; that the systems of checks and balances, legal challenges, and public discussion have acted to constrain a program where the tradeoff between privacy and security was not well-balanced. There is also a more pessimistic perspective. In this view, such changes, while real, are closer to window dressing than meaningful; and caveats like “under Section 215” leave a lot of wiggle room in which the same activities can be conducted under other authorities. If indeed similar data was being collected under other programs or legal justifications, perhaps with less rigorous oversight, the victory could be a pyrrhic one. In some ways, there is truth to both views.

In recent years there has been more and more critical discussion about the post-2001 growth in domestic surveillance, and the tradeoffs that go along with it. While Edward Snowden gets most of the press coverage, this discussion actually predates his release of reams of secret material. In fact, reporting by numerous newspapers, magazines, television shows, privacy activists, and tireless efforts from several politicians (notably Ron Wyden, and others like Rand Paul, and Patrick Leahy) all brought these issues to the forefront. As a result of this dialogue there have indeed been constraints on the operating environment for numerous agencies, and Congress has harkened back to the work of the Church and Pike Committees in the 1970s – reining in security bureaucracies that had gone further than the public expected, and were found out. In this sense, this recent change was a victory for those concerned about surveillance.

However, it’s also the case that this individual decision is not likely to meaningfully change the overall level of surveillance and observation of the electronic behavior of American citizens. This is for several reasons. Firstly, this program is a tiny sliver of the collection of electronic data — by both companies and governments — about Americans living in the modern world. The “S” at the end of “governments” is key, because if anyone believes the U.S. government is the only one trying — and likely succeeding — to access these vast troves of electronic information, they are missing out on a major part of the challenge of thinking about surveillance. Additionally, the rise of embedded computing and “the Internet of Things” will only make this omnipresent data creation, collection, and centralized storage more pronounced.

Secondly, this is because this metadata will continue to be collected by the companies that must connect the phone calls, and it will continue to be stored because it has business value to those providers; and thus subject to a process — albeit potentially a more rigorous one and one involving more judicial oversight — it will continue to be accessible to law enforcement and security authorities. Perhaps not in bulk, and perhaps with some hurdles, but it will remain accessible nonetheless.

Finally, and perhaps most importantly, as security guru Bruce Schneier suggests, the modern surveillance state “…is robust. It is robust politically, legally and technically.” What he means is that losing any one program does not seem likely to fundamentally change the level of insight the surveillers have into the lives of the surveilled. Schneier goes on:

Many of these surveillance programs and capabilities are important for law enforcement and intelligence collection — functions on which U.S. national security rely. That said, discussions about surveillance (and the tradeoffs that surround it) are tough and important ones, and debates we should be having publicly and in more depth. The work of committed journalists, privacy advocates, concerned law enforcement and security officials, and politicians in having a substantive debate about both the costs and the benefits of surveillance programs cannot be overstated. Contrary to the rhetoric of some advocates on both sides, there are in fact real costs and real benefits to almost all of these programs — this is no easy calculus.

Even if you take the pessimistic view that this decision does not have a big impact in undermining the “robust” surveillance state, it is worth noting that public debates can in fact lead to changes. Small changes perhaps, but real changes.

Dr. Brian Nussbaum is an assistant professor of Public Administration and Policy at the Rockefeller College of Public Affairs at the University at Albany.