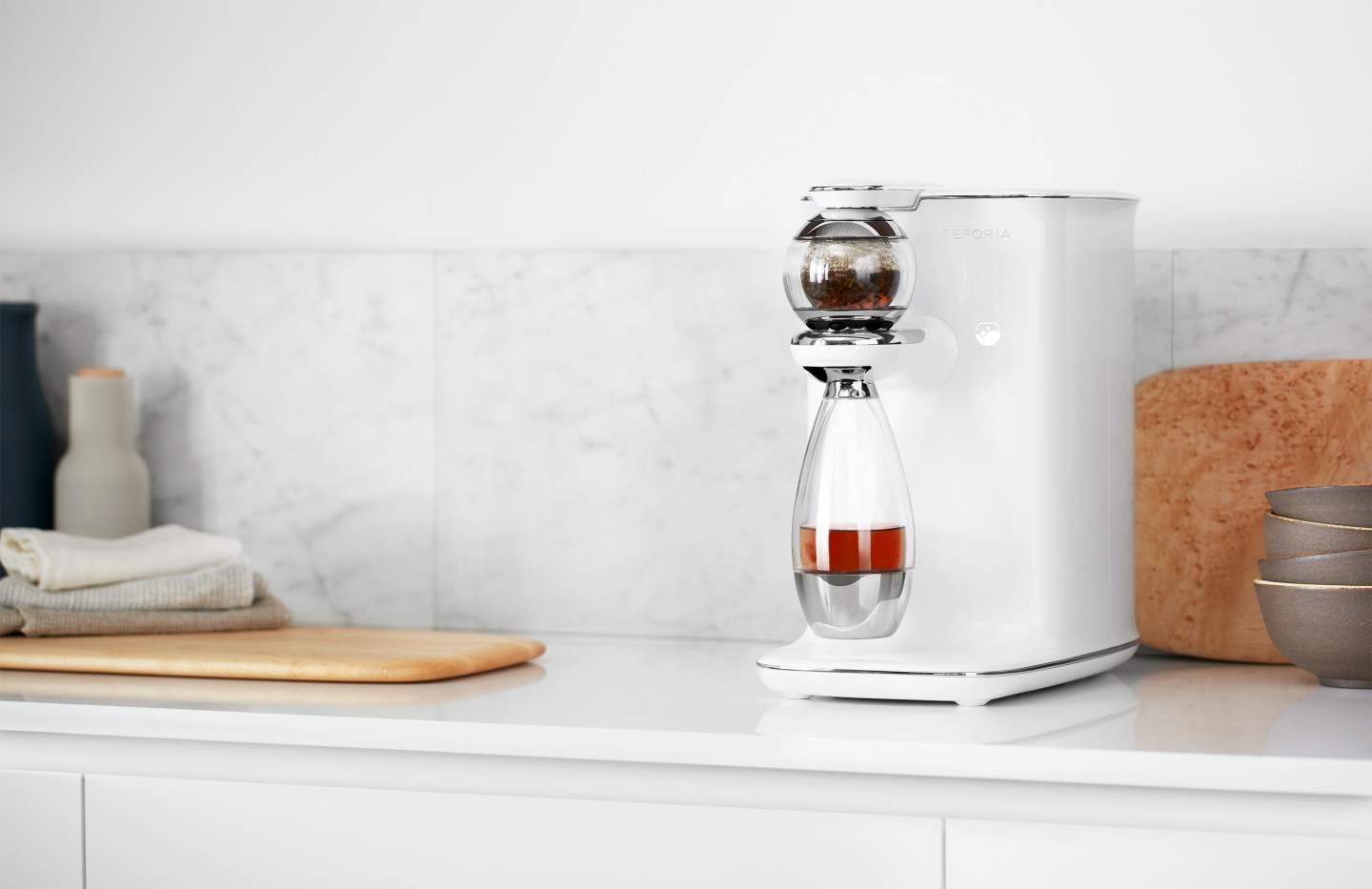 Has the rush to build connected kitchen products that can cook, bake, and brew everything “perfectly” gone too far?

Teforia, a company that is building an Internet-connected tea infuser that is pitched as being able to brew tea customized for your taste buds, has raised $5.1 million led by UpFront Ventures with participation from Lemnos Labs, PreAngel Wareness and InnoSpring. The machine tracks earthy, floral, savory, and sweet flavor profiles as well as caffeine and antioxidant levels in loose leaf teas, and based on the user’s feedback saves those preferences in the app. When users brew a new tea that the Teforia machine recognizes, it can adjust the brew times and water temperatures to enhance preferred flavors and the chemical levels. With unknown teas it will rely on user feedback and then save the preference for the next cup.

I’ve seen the Teforia in action at a booth at the Smart Kitchen Summit last month in Seattle, and it was mobbed. It is a beautiful machine that people who have tried it assure me makes an amazing cup of tea.

At least three people at the conference said they paid the $699 pre-order price for the machine, which will be delivered sometime in the spring. At that point, buyers will have to pay $1,299 for tea that is custom brewed to their tastes using “proprietary machine-learning algorithms.”

I’m not against the use of artificial intelligence in food preparation. In fact, I am terribly excited about algorithms invading the kitchen because it has the potential to turn cooking into less of a mistake-laden experiment and into more of a recipe-following process that leads to an expected result.

However, for about the same cost as the Teforia, I could buy a connected oven with machine learning that can cook all kinds of food, rather than just make my tea. I asked one of the buyers of the Teforia (who paid the $700 price) about why he purchased it, and he told me he didn’t even like tea that much. But he figured that if he used it 100 times, the cost of each cup would only be $7. I should also mention that this was a man who worked in the appliance industry, so there was probably an element of professional curiosity as well.

Another buyer was a die-hard tea-lover who said that he enjoyed the tea the machine produced. As someone who loves coffee (confession: I in 2014 paid $1,000 for a “dumb” coffee machine) I can’t argue.

Yet, still, when I think about the goal of venture capitalists to make epic profits on their investments compared to the thin margins associated with the consumer device market, I am concerned.

It’s not to say that selling the product is the only business here (Teforia will also provide teas). There may also be ways for Teforia to make money by selling data or even developing specialty teas through what it learns in the brewing process that could then sell. But for a really expensive tea-maker, I’m curious what the end game is around taking in so much investment.

For more about connected homes, watch this Fortune video: