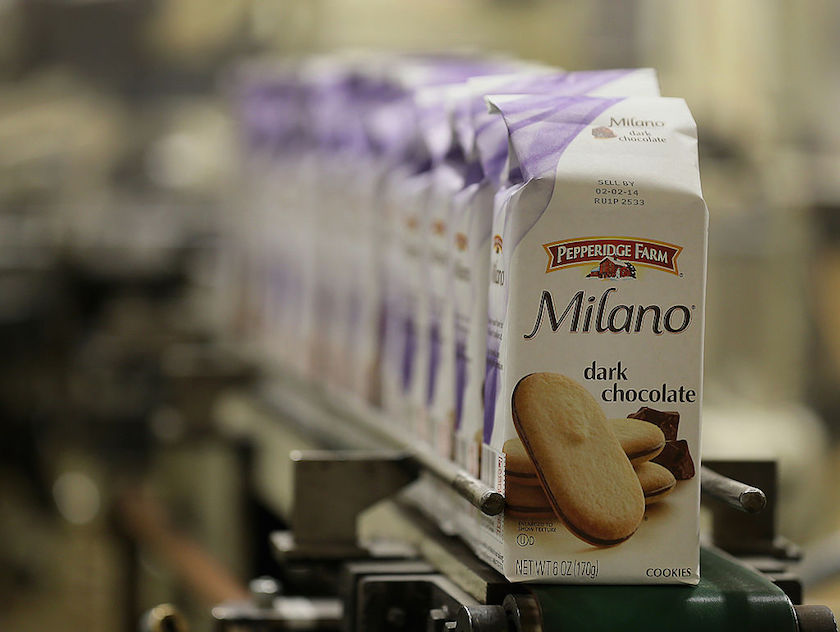 By Jonathan Stempel and Anjali Athavaley

Pepperidge Farm Inc has sued Trader Joe’s Co, accusing the grocery chain of trademark infringement for selling a cookie that looks too much like its popular Milano cookie.

In a complaint filed on Wednesday in the New Haven, Connecticut federal court, Pepperidge Farm said Trader Joe’s is damaging its goodwill and confusing shoppers through its sale of Trader Joe’s Crispy Cookies.

A spokeswoman for privately held Trader Joe’s did not immediately respond on Friday to requests for comment.

Launched in 1956, the Milano consists of chocolate filling, and sometimes other flavors, sandwiched between two oval-shaped cookies. A trademark was registered in 2010.

“The acts of Trader Joe’s have been malicious and calculated to injure Pepperidge Farm,” whose Milano has generated hundreds of millions of dollars of revenue in the last decade, the complaint said.

Pepperidge Farm is seeking a halt to sales of the Trader Joe’s cookie, plus compensatory and punitive damages.

“The trust Pepperidge Farm has built with consumers is of utmost importance to us,” a spokeswoman said.

Pepperidge Farm is based in Norwalk, Connecticut; Campbell in Camden, New Jersey; and Trader Joe’s in Monrovia, California.