Why Microsoft Is Investing in ‘Halo’ ESports 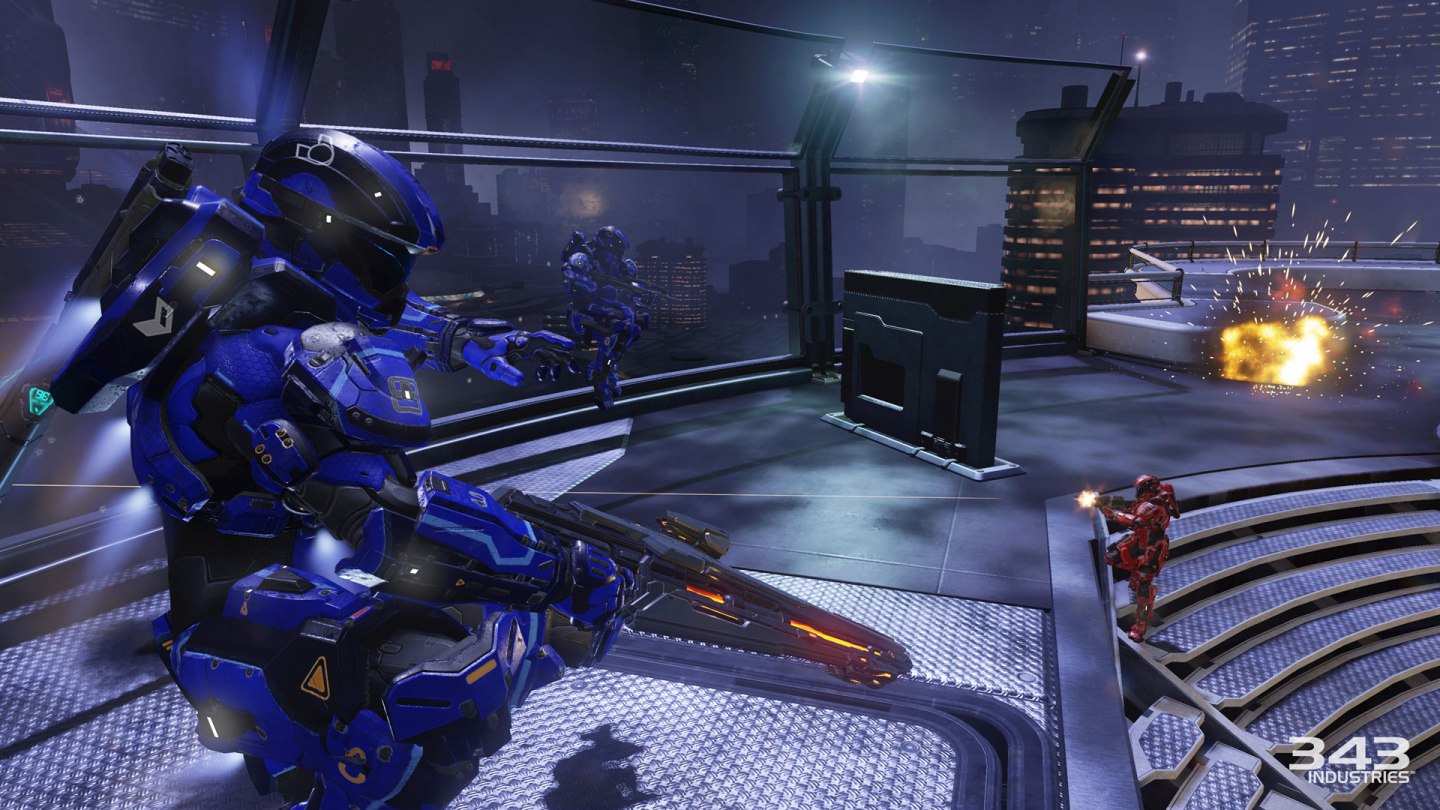 Microsoft and developer 343 Industries are going all-in with Halo 5: Guardians eSports. The game publisher and developer behind the best-selling Halo franchise already have a prize pool of $2 million (and counting) for the inaugural Halo World Championship.

Taking a page out of Valve’s player-funded prize pool for the International Dota 2 tournament, Microsoft committed to $1 million and gamers have been raising the rest of the prize money through the sales of in-game REQ (requisition) Packs.

This first major global eSports competition featuring the just-released Halo 5 game kicks off Dec. 6 and features an industry-first collaboration of three eSports leagues, with Major League Gaming (MLG) handling North America, Gfinity handling the United Kingdom, and ESL handling the rest of the world. The competition begins with online ladders and qualifiers in December and January, then graduates to regional in-person live events and live regional finals in January and February, culminating with the Halo World Championship prelims and finals in March 2016.

“ESports is what the community is doing and interested in,” says Che Chou, franchise media director and eSports lead at 343 Industries. “We’re taking this energy and channeling it and giving it structure. People want structure and programming. It’s not just about large prize pools.”

Chou says Halo 5 has been designed from the ground up to better serve the eSports community, from gamers who love to play online, to amateurs who dream of going pro, to the top pro teams in the world.

Andy Dudynsky, community manager and eSports support at 343 Industries, says the new ranking system, which features divisions, tiers, and mapping systems, is more detailed than past Halo games. The introduction of Seasons, which will be part of a December Halo5 update, also plays into this eSports structure.

“Spectator mode is just scratching the surface of what’s to come,” Dudynsky says. “We’re going to continue to update that mode so both professional broadcasters and amateur streamers can tell better stories.”

According to research firm Newzoo CEO Peter Warman, in the first three days of Halo 5’s launch, the game attracted an average of 10,000 viewers, with peaks of more than 25,000 concurrent viewers. The total number of hours of Halo 5 viewed on Twitch has accumulated to more than 2.4 million hours since launch.

Frank O’Connor, franchise development director at 343 Industries, says the core reason Halo works as an eSports title is because of the unpredictability of any one-on-one encounter on the virtual battlefield. Unlike other first-person shooters, Halo offers players tools that allow them to turn around that encounter so it’s not always an automatic kill.

Warman says of the approximately 35 million Americans who have played any version of Halo in the past six months, 52%, or 17.5 million, are already engaging with eSports. Close to half of this group, or 7.9 million Halo gamers, can be classified as eSports enthusiasts, viewing eSports content a couple of times a month and/or participating in amateur online championships.

“With its considerable fan base, Halo 5: Guardians has the potential to grow into one of the major eSports titles in the coming year,” Warman says.

The Halo World Championship is just the beginning of Microsoft (MSFT) and 343 Industries’ eSports approach. Chou says they purposely jumped into a global tournament right away to discover the top teams around the world. After March, a Halo pro league is in the cards.

“One of the top priorities for the Halo pro league is to offer seasons that end with healthy, respectable prize pools every few months, instead of doing a one-off $2 million event once a year,” Chou says.

Warman says that even though Halo hasn’t attracted the attention of the top PC eSports titles of late, the franchise has the sixth-largest cumulative eSports prize pool at $5 million, which places it just behind Activision’s (ATVI) Call of Duty, the only other console game on the list.

As the entire pro league infrastructure is built out, O’Connor says, colleges are going to be a big focus not only for players, but for audiences. Riot Games’ League of Legends and Blizzard Entertainment’s Heroes of the Storm are just two examples of eSports games that have already embraced the college system. And some colleges have already instituted eSports scholarships.

“You’ll care more about what your college does in League of Legends versus a randomly named team in another part of the world,” O’Connor says. “It makes it simpler to understand what the stakes are.”

Another advantage that Halo has, much like console counterparts Call of Duty: Black Ops 3 and Capcom’s Street Fighter IV, is that the games are easy to understand and even easier for anyone to plug in to their TV and play.

“A pro player can bring a controller and go to any event,” O’Connor says. “This simple ramp of entry is important for the general growth of eSports. But there’s room for PC and console titles in eSports.”

Stephanie Llamas, director of research and consumer insights at SuperData Research, says the fact that Microsoft is officially sanctioning eSports is definitely a step in the right direction.

“As we’ve seen with games like League of Legends, Dota2 and Call of Duty, publisher involvement really strengthens an eSport’s chance for success,” Llamas says.

Microsoft launched the Halo Championship Series in November 2014 and had two seasons before changing to the new format with the debut of Halo 5.

For more coverage of eSports, watch this Fortune video: