How L’Oreal Tells Women They Are Worth It 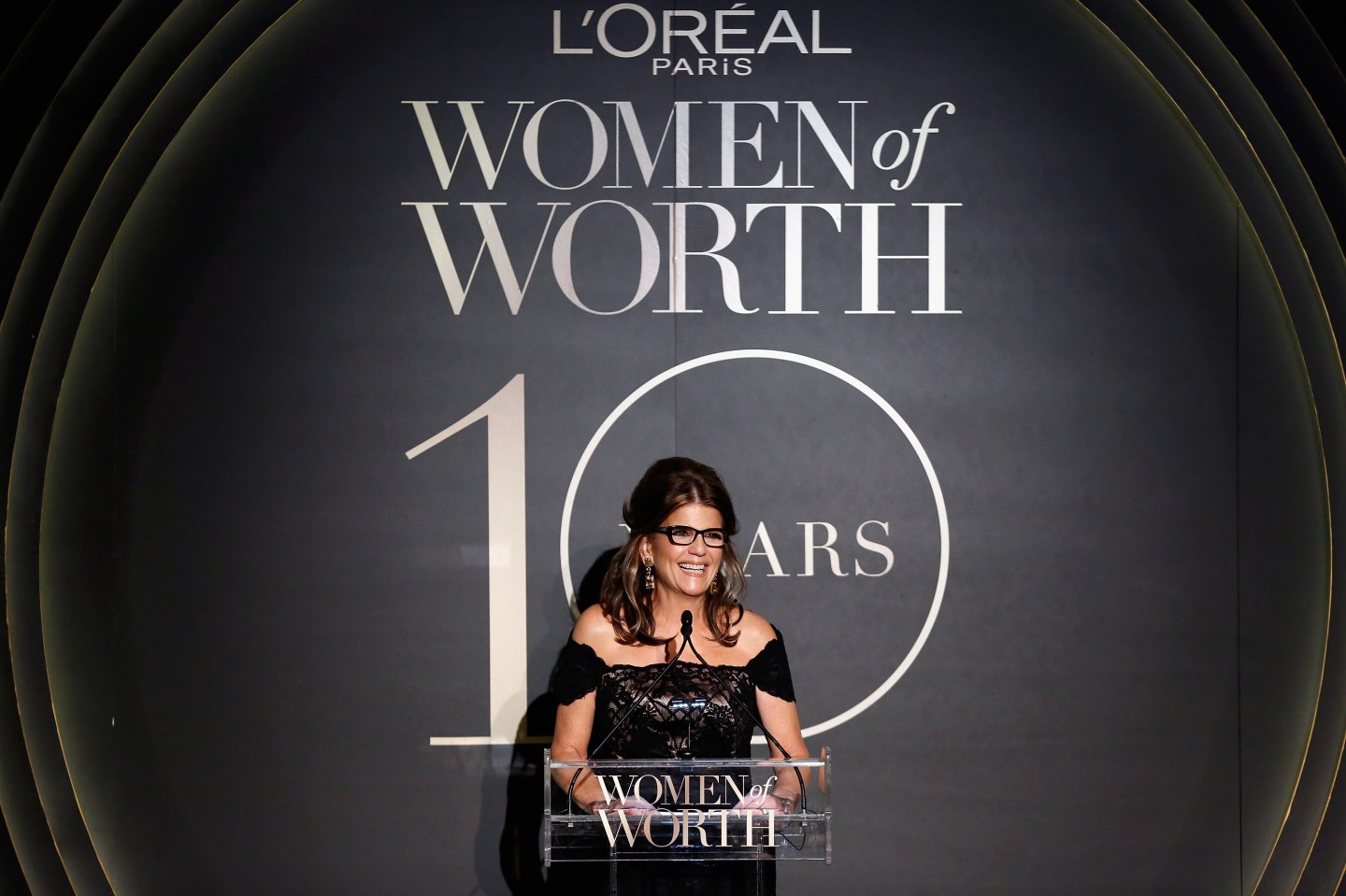 L’Oreal Paris this week lived up to the beauty giant’s promise. It told 10 women they were truly worth it.

This week, the world’s largest beauty company, which ranks #395 on Fortune’s Global 500 list, honored 10 women at an event held at The Pierre hotel in New York City’s Upper East Side neighborhood. Each received $10,000 for their organization and after now 10 years of running this charity program, L’Oreal has now honored 100 women.

“Often times, these women start their organizations through some adversity,” said L’Oreal Paris President Karen Fondu in an interview ahead of the event. “What’s remarkable is they have this incredible courage to mobilize themselves around a cause to give back in the face of such tragedy.”

L’Oreal executives involved in the “Women of Worth” charity and honorees that spoke at the event this week say the monetary prize is not the main ultimate prize. Instead, the marketing heft and connections that L’Oreal provides have longer term implications to help these very small charities flourish for a longer period of time.

It also says that it aims to connect honorees with major national media outlets, including People magazine, the Huffington Post, and Bloomberg. Perhaps most notably, some winners have gone on to score legislative wins.

Of course, some of the charities do involve a beauty component. Alison O’Neil, an honoree this year, connects health and beauty volunteers with seniors. But many of the charities go into topics that are far afield from what L’Oreal does as a corporation. Jaha Dukureh’s organization focuses on the education of female genital mutilation and SuEllen Fried’s charity provides training programs to help rehabilitate prisoners. Several charities have focused on sex trafficking.

Ahead of the event, Fondu sat down with Fortune to discuss the “Women of Worth ” program, which she has helped steer for many years. The interview has been edited for length and clarity.

Fortune: Do you feel that the connections and resources that L’Oreal provide are more important than the monetary award?

Fondu: Sometimes these women and their organizations are only little recognized in their own community. Once they get this spotlight, as well as the subsequent coverage, it helps sustain them. That part of us is so much more significant than any cash award. We’ve created the forum by which we can allow these women to continue with these types of contacts like Arianna Huffington, who allows the honorees to blog on the Huffington Post Women of Worth blog.

What stories have inspired you in the past? Do any really stand out?

Quite a few. Phyllis Sudman, who was a national honoree last year, lost her son shortly after birth. She learned that the reason her son passed away was because of a heart dysfunction. She realized there are many cases where children are born with heart defects and it isn’t detected. She had herself tested and found out that she had a similar defect. She’s been on a real quest to pass legislation to make it mandatory to have that type of screening.

Are there any lessons you’ve learned from these women that you have been able to apply to your life personally or professionally?

The single biggest thing is don’t ever underestimate the impact you have on just one life. They impact so many – but if everyone on this Earth impacted one life in a favorable way, can you just imagine what the world would be like? That’s what humbles me when I see these women – often with very little that they are working with.

How is this event important for your corporate culture?

We have a philosophy at our company: sharing beauty for all. It is very central to what we do – the desire to give back. Many of our 30 brands have specific causes and we encourage that. At the corporate level, we have a program called “Women in Science” that gives grants to up-and-coming Ph.D graduates. That’s why I feel proud to have been here for 36 years – to be part of building a company that has a desire to want to give back.