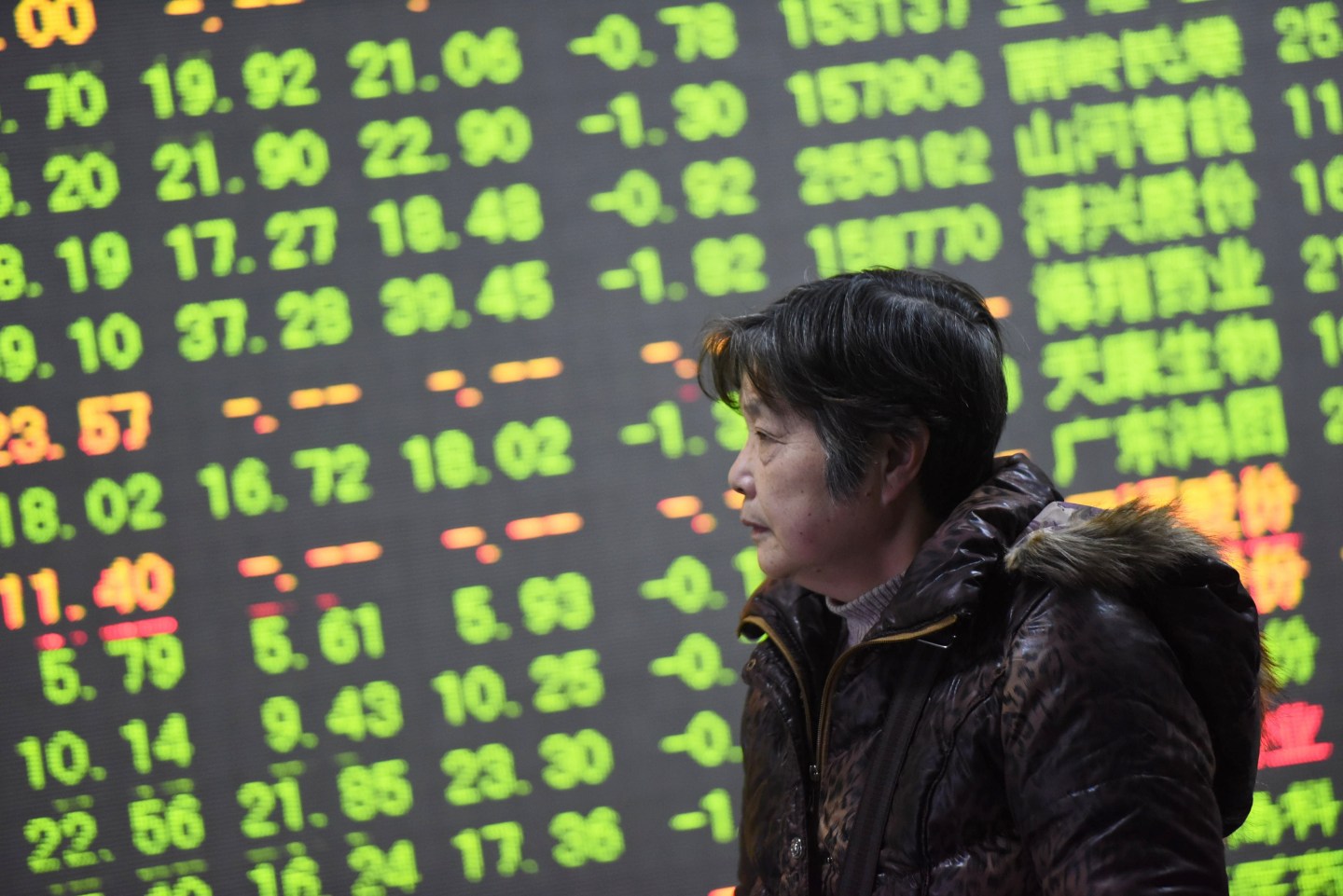 China’s government is sending a strong signal that the judicial fallout from this summer’s stock market crash may not be over.

Among those to have been detained already are a prominent private equity manager, executives at the country’s biggest investment bank and broker, Citic Securities, a business journalist, and dozens of others. Observers say the arrests point to an inquiry that is one-part insider trading investigation and one-part political campaign seeking to blame select short sellers for this summer’s stock market swoon that sent stocks crashing almost 40% off their highs.

Now one of the most powerful investigators in the country is leading the corruption probe, Bloomberg reported today, citing anonymous sources in China. Fu Zhenghua, formerly chief of police in Beijing, was responsible for the multi-year investigation of Zhou Yongkang, the biggest target so far in President Xi Jinping’s three-year campaign to root out graft in the Communist Party.

“Fu is well-known as one of the trusted hatchet men or enforcers of Xi Jinping,” Willy Lam, professor at the Chinese University in Hong Kong and an expert on Chinese politics, said via e-mail.

“It should be noted, however, that in China, fighting corruption or financial irregularities is often politically motivated: a weapon to take out political enemies of the faction that is in power,” Lam added.

Fu has some well-known milestones in his career. In 2008, his investigation led to the billionaire founder of Gome Electrical Appliances, Huang Guangyu, being sentenced to 14 years in prison for bribery and insider trading. In 2010, Fu busted a sizable prostitution ring said to be frequented by the country’s political elite. Three years later, he led a political crackdown on top posters on China’s Twitter equivalents, including Charles Xue, a Chinese-American venture capitalist.

China’s response to the stock market crash has been reactionary and irritable. Before stocks collapsed in June, the state-run media encouraged small traders to buy shares. Brokerages offered them margin accounts to leverage their bets. Once those leveraged bets turned downward, and everyone ran to sell, the government’s reaction was to blame “malicious” short sellers who must be dealt with in a “firm-handed manner,” the state-run Xinhua said. “They seem to be harassing anybody that they thought was selling or was short,” a hedge fund manager in Hong Kong told the New York Times earlier this year. “Hello, it’s a hedge fund — they are long and short.”

The scapegoats included Wang Xiaolu, a journalist at respected Caijing magazine, who wrote a story in July saying the government was planning to pull support from the stock market. Stocks fell on the news, and he was arrested for spreading false information.

Fu Zhenghua may go after bigger targets like Xu Xiang, a prominent private equity investor, who was arrested last month for insider trading.

At the very least, the appointment of Fu means the arrests aren’t over.