Kids Who Handle Money Work Harder, but There’s a Downside 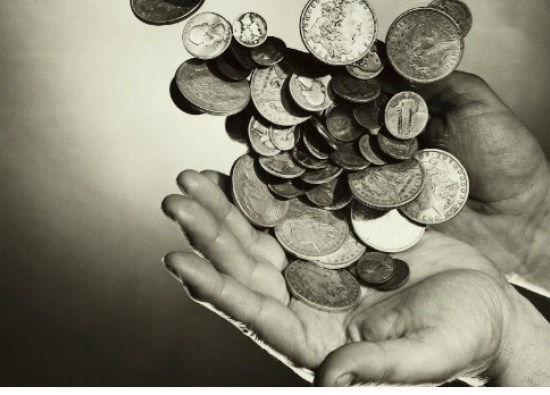 Money makes the world go round. Even when you’re three years old. That’s the finding of a new international study, which found that children work harder around money, even before they understand how it works.

The youngsters are activating something called “market mode”—a primal force that not only fosters persistence, but also makes them less charitable and less helpful.

“It still blows my mind” says psychologist Kathleen Vohs, a marketing professor at the University of Minnesota, who co-authored the soon-to-be-published Psychological Science study with both American and Polish colleagues. In the study, one group of kids was asked to sort buttons before working on a challenging puzzle, while others sorted money and then gave the puzzle a try.

The kids that sorted money before doing work were more likely to put in a good effort on the task (73% of money-holders worked for a full two minutes on the puzzle, versus 56% of the button-sorters). But while the money fostered persistence, it also made children feel more entitled and greedier, too. The coin-handling 3-to-6 year olds took more stickers when offered, and were also less helpful when asked to gather crayons. And they donated about half as many of their stickers, compared to their button and candy-sorting counterparts.

Vohs says the same holds true in adults around the world—it turns out that working with money: Handling money, talking money, or seeing money, can make people less generous. Credit cards, on the other hand, don’t have the same psychological effect—especially during the holidays, when 4 in 10 say they overspend.

“There is an argument to be made that there is hard-wiring for money,” Vohs says. After all, homo sapiens traded when Neanderthals didn’t, and look who’s still here.

But reminders of time, even as simple as seeing a clock, can shift people into being more generous with both their money and their time. And researchers at Harvard Business School have found when it comes to paying adult employees, more money only makes people more productive when the extra cash is presented as a gift, with no stings attached—like an end of the year bonus.

While it turns out handling money can make anybody a bit of a scrooge … handling a copy of Fortune, on the other hand, is all upside.