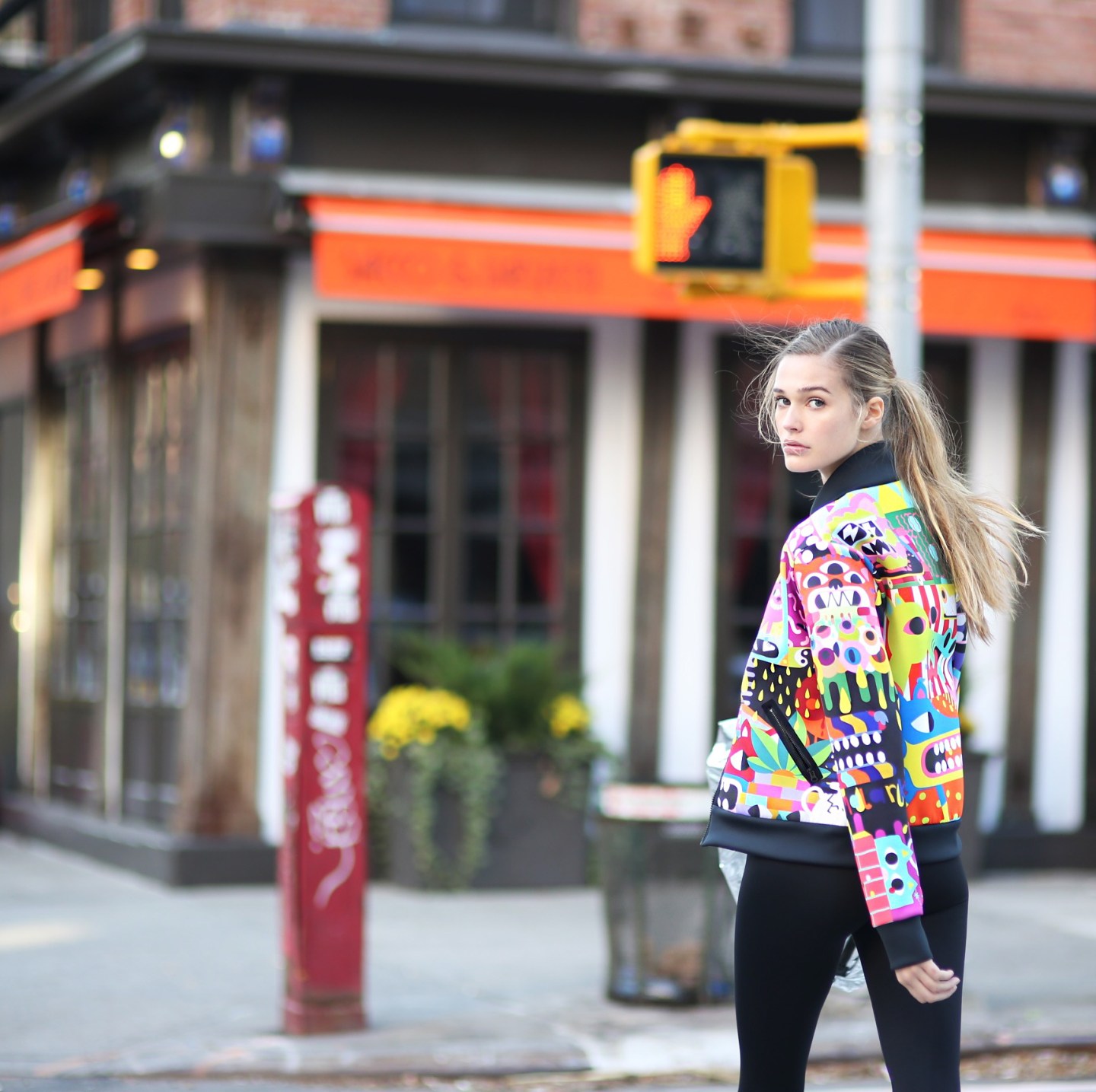 Street art long ago made its way from buildings and city sidewalks to t-shirts, sneakers and other hipster streetwear. Now, the rebellious outsider art-turned-gallery darling is making the jump to workout clothes.

Bandier, a New York-based boutique chain that specializes in high-end athletic wear, has launched three new limited-edition activewear collections, each a partnership with a different artist. The participating clothing makers range from a four-year-old mother-daughter company to sports behemoth Reebok.

Jennifer Bandier, a former music executive who founded Bandier in 2013, says she hopes the collaborations will help bring street art—an already fairly democratic form that includes graffiti, stencils, wheatpaste posters, mosaic tile and more—to a new audience. “We are exposing a totally different group of people to art. It’s a new way to get people to take art with them and be able to explore it.”

Strut-This, maker of a fashion-forward athleisure line, was paired with Chris Sauve, a creative director who has worked for fashion houses like Alexander Wang and Dior. His goal was to create an accessible design, inspired by artists Keith Herring and Jean-Michel Basquiat. Items in the collection range from $80 to $120.

Ultracor, meanwhile, partnered with London-based street artist Malarko Hernandez, known for painting monsters on the sides of buildings. The pairing was inspired by Ultracor and Hernandez’s shared focus on perfection, explains Jayne Harkness, Bandier’s chief merchant.”[Hernandez] is a technical perfectionist, while Ultracor’s clothing has laser-cut edges, and all their printing is in-house. So, to take the artist’s work and interpret it into clothing, they actually have the most perfect process,” she explains. The collection ranges from $100 to $300.

Reebok, the most well-known of the three brands, paired up with one of the most famous street artists in the fashion world: Upendo Taylor, part of the creative team Leroy Jenkins, whose designs have caught the eye of rapper and business mogul Jay-Z. For the collaboration with Reebok, Taylor says he was largely influenced by his own music; he is a producer as well as an artist. Prices for the Reebok collection range from $40 to $200.

Yoga pants designed by Upendo Taylor for ReebokCourtesy of Bandier