Student Protests Are Key to Ending Racism in America 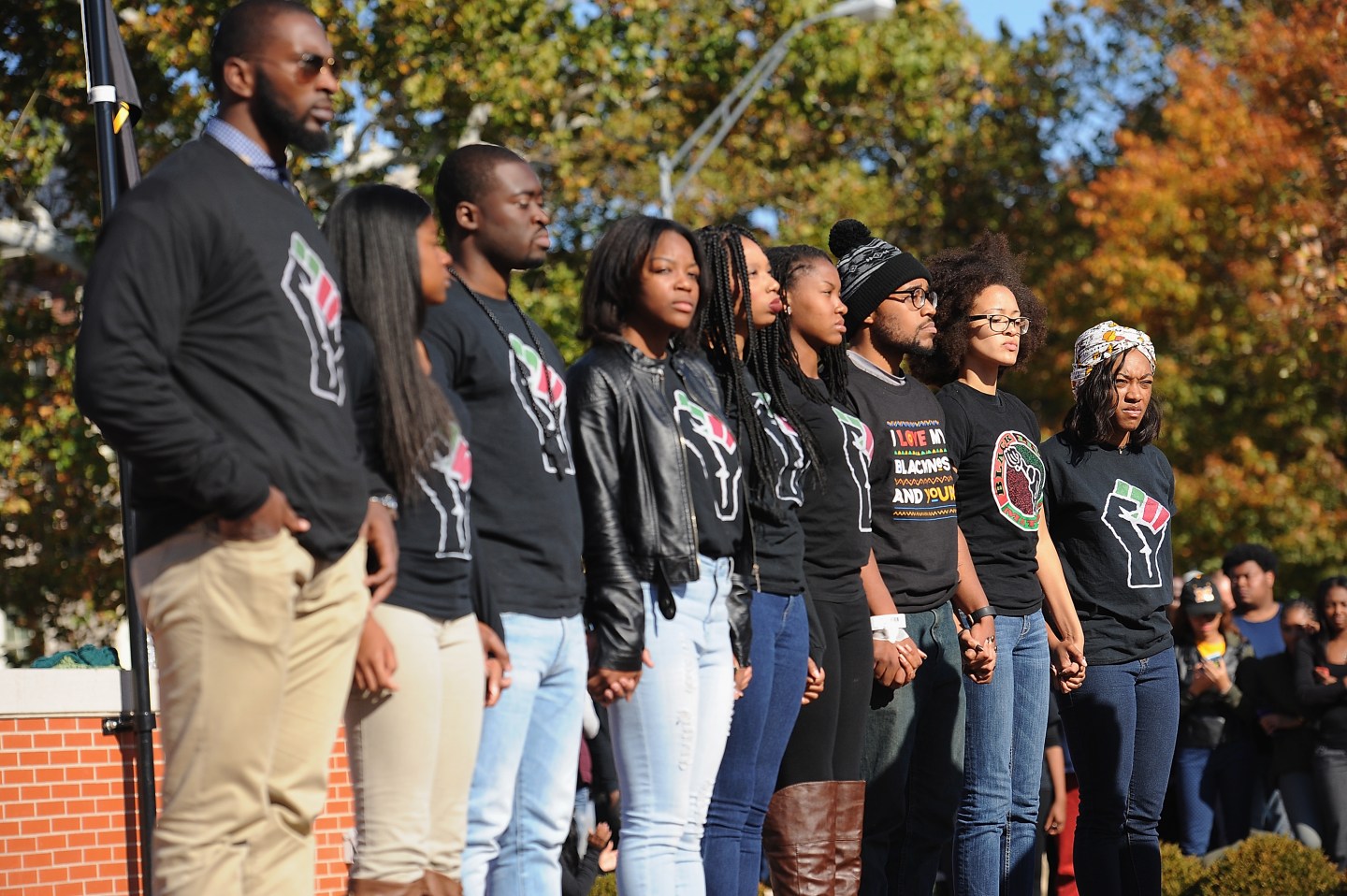 From Brown University to the University of Oklahoma, recent student demonstrations have highlighted the deplorable persistence of racial discrimination in our nation. Though American culture has transformed in the past few decades with increased diversity in certain spaces, it is undeniable that exclusion and inequality continue to pervade all major institutions, higher education included.

At the University of Missouri, students led protests in response to a series of egregious racial incidents and the unwillingness of the university administration to confront or at least respond to persistent bigotry on campus. The demonstrations, which notably featured the involvement of the school’s football team, culminated in the resignation of the University’s president, Timothy Wolfe, which Missouri Governor Jay Nixon hailed as a “necessary step toward healing and reconciliation.”

Students at UCLA recently protested racially insensitive activities on campus and staged a walkout in solidarity with the protests in Missouri. At Princeton, students are demanding the removal of the former school president and U.S. President Woodrow Wilson from university programs and campus buildings given his noted bigotry and efforts to uphold and expand segregation. While circumstances and tactics of these student demonstrations are different, at the core, there are several parallels. They are fundamentally a call for explicit acknowledgement of discrimination, racial tension, and lived experiences of students of color. What’s more, the demonstrations in the past few months have followed bristling college activism in recent years, from confronting police brutality to addressing sexual violence and assault.

It’s no surprise that youth have led the charge. American campuses have historically been catalysts for social uplift, reform, and the advancement of justice. Students have consistently been at the forefront of movement-building, be it Civil Rights battles, anti-war rallies, the Free Speech movement, or the drive toward gender equality. While controversial and contested during their time, these demonstrations opened the door for greater participation and access. Grassroots activism in recent years sits in that same continuum—in Ferguson, Baltimore, New York City, Chicago, and cities and campuses across the country, youth have called for abatement of hostile treatment, an end to police brutality and harassment against minorities, and legitimate engagement and inclusion of marginalized groups in academic, social, and political life.

These inspired efforts are further providing urgency and voice to longstanding struggles, and illustrate that oppression, disparity, and exclusion manifest most profoundly at the intersection of various identities—race, class, gender—and therefore, connect to a broader set of social issues that have, and will continue to impact the nation, especially in light of demographic shifts—including inequality, economic insecurity, criminalization, sexism, and lack of opportunity. These demonstrations are additionally emblematic of a desire for justice, policy transformation, and authentic civic engagement.

In fact, a recent study by the Black Youth Project (BYP), a research and resource center that analyzes societal attitudes and perspectives, affirms this—while youth feel alienated by mainstream political parties and traditional institutions, there is a deep sense that participation can engender reform. For instance, BYP’s polling found that a majority of millennials, and 70% of black millennials, thought that active participation in politics can lead to change. Thus, contrary to stereotypical notions of youth apathy and disengagement, these groups are deeply concerned about the direction of the country and will continue to make their voice heard on critical topics that have come to define this era.

Rather than submit to intransigence, current student protests and movements across American college campuses can further be seen as call for various sectors of society—government, business, philanthropy, education—to embrace much-needed discourse on combatting inequality and challenging discrimination. This is an opportune moment for university presidents, government officials, CEOs, and other leaders to go further than simply accepting diversity as the only standard for progress in America. Ultimately, they must look to foster greater inclusion and seek to understand the unrelenting disparity and enduring racism impacting people and communities across the country.

Altaf Rahamatulla is a program associate in the gender, racial and ethnic justice program at the Ford Foundation.