Here’s Why Oil Prices Are Back Above $40 Today 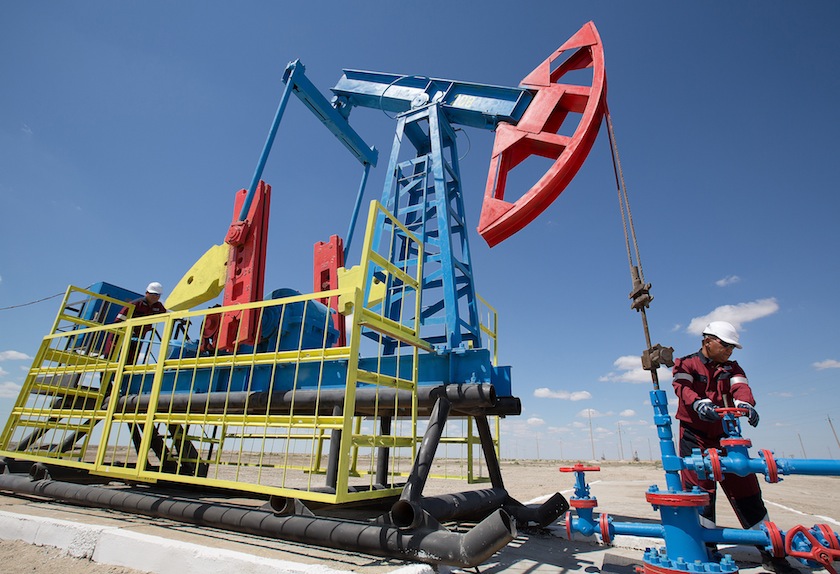 Oil prices rose from near-2015 lows on Thursday after a report sourced to a senior OPEC delegate said Saudi Arabia would propose a deal to balance oil markets with non-OPEC help next year.

Saudi Arabia, which has so far resisted any market intervention to prop up oil prices, will propose the Organization of the Petroleum Exporting Countries (OPEC) cut output by 1 million barrels per day (bpd) next year, Energy Intelligence reported. A Saudi oil source told Reuters the report was “baseless.”

An OPEC production cut would only go ahead if non-members like Russia, Mexico, Oman, and Kazakhstan commit to joint action, the senior delegate was cited as saying. OPEC ministers are gathering in Vienna for their policy meeting on Friday.

“Oil prices are rising because of the talk that Saudi Arabia will propose a global deal to balance the market,” said Frank Klumpp, oil analyst at Stuttgart-based Landesbank Baden-Wuerttemberg.

Iran’s oil minister was quick to dismiss on Thursday the possibility of limiting Tehran’s production ramp up once Western sanctions are lifted. Iraq’s oil minister said he was willing to have an open discussion on a Saudi proposal.

OPEC sources and analysts said the Saudi proposal would be difficult to agree as Iraq is struggling to balance its budget even despite soaring output and Iran has long argued its market share was stolen by rivals during the years of sanctions.

“It is very difficult to cut one million bpd collectively. The Saudis do not want to change their previous talk. No cut without cooperation,” a Gulf OPEC source told Reuters.

Bjarne Schieldrop, chief commodities analyst at Oslo-based SEB, sees the chance for a unified cut agreed between OPEC and non-OPEC as very low.

“The chance that the oil price crashes to very low levels in Q1-16 increases, potentially and eventually driving all parties to the table to act and bring the oil price away from catastrophic $20-30/b levels,” he said.

“We expect the OPEC meeting … to be a non-event, and member countries are unlikely to agree on any production cuts,” Barclays said. The brokerage cut its forecast for Brent and U.S. crude price by $3 to $60 and $56 per barrel.

Heightened conflict in the Middle East also supported oil with the start of British military intervention in Syria against Islamic State and its jets bombing the al-Omar oil fields.

Oil product supplies are building as warmer-than-usual weather in the U.S. northeast, a major market for heating oil, limits demand.

A strong dollar, lifted by the prospect of a Federal Reserve rate hike, has kept oil prices weak as it makes greenback-dominated contracts such as crude futures more expensive for those holding other currencies.