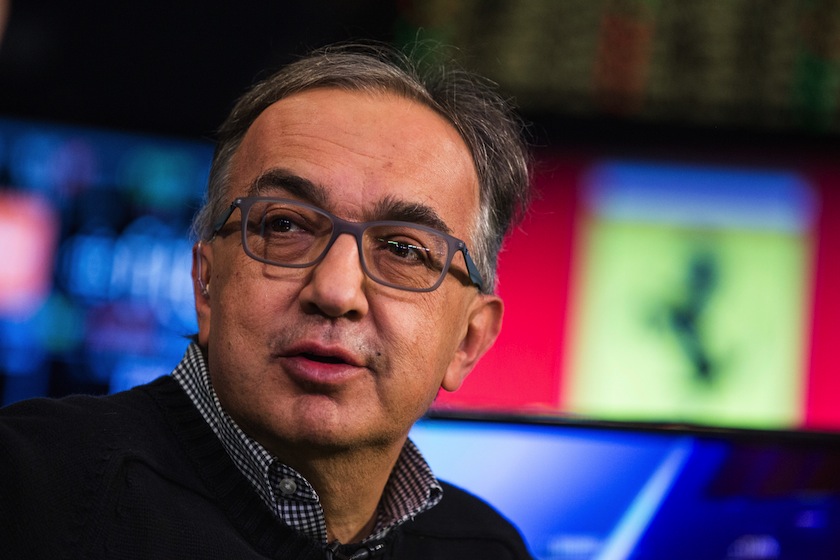 Fiat Chrysler does not plan a hostile bid for rival General Motors at the moment and will focus on executing its growth plan to 2018 until the right and willing partner is found, CEO Sergio Marchionne said.

Marchionne, who has called for consolidation in the industry to share the prohibitive costs of developing cleaner and more intelligent cars, said that finding a partner was “not a matter of life or death” for FCA (FCAU).

“We are not choking. We are in relatively decent shape,” Marchionne told journalists in Amsterdam following a shareholder meeting that approved the demerger of Ferrari from the group.

This year Marchionne sent an email to Mary Barra, his counterpart at GM (GM), proposing a tie-up but was turned down.

“This is not an indiscriminate dating game. I’m not willing to go with anybody to get it done,” he said.

“We have been publicly rebuffed, we have been rejected, and you cannot force these things. I don’t want to,” he said. “At the moment, we have no intention to do anything hostile.”

He added that there were other, less obvious merger candidates that could offer similar benefits, but he did not elaborate.

While confirming the overall targets of the plan to 2018, Marchionne said the company would present an updated product plan in January to accommodate for changes in the market, such as slowing growth in China.

These could include delaying some Alfa Romeo and Maserati product launches and raising the target for its popular Jeep sport utility vehicles.

FCA sold 10% of Ferrari in an initial public offering in October and will distribute its remaining 80% in the maker of supercars such as the 1 million-euro LaFerrari to FCA shareholders once the unit is spun off at the beginning of January.

Both the spin-off and a secondary listing of Ferrari on the Milan bourse are expected to happen on Jan. 4, Marchionne said.

He added that a separation of other brands from the group was “highly improbable” in the near term.