Lessons About PR and Business From 3 Female Execs 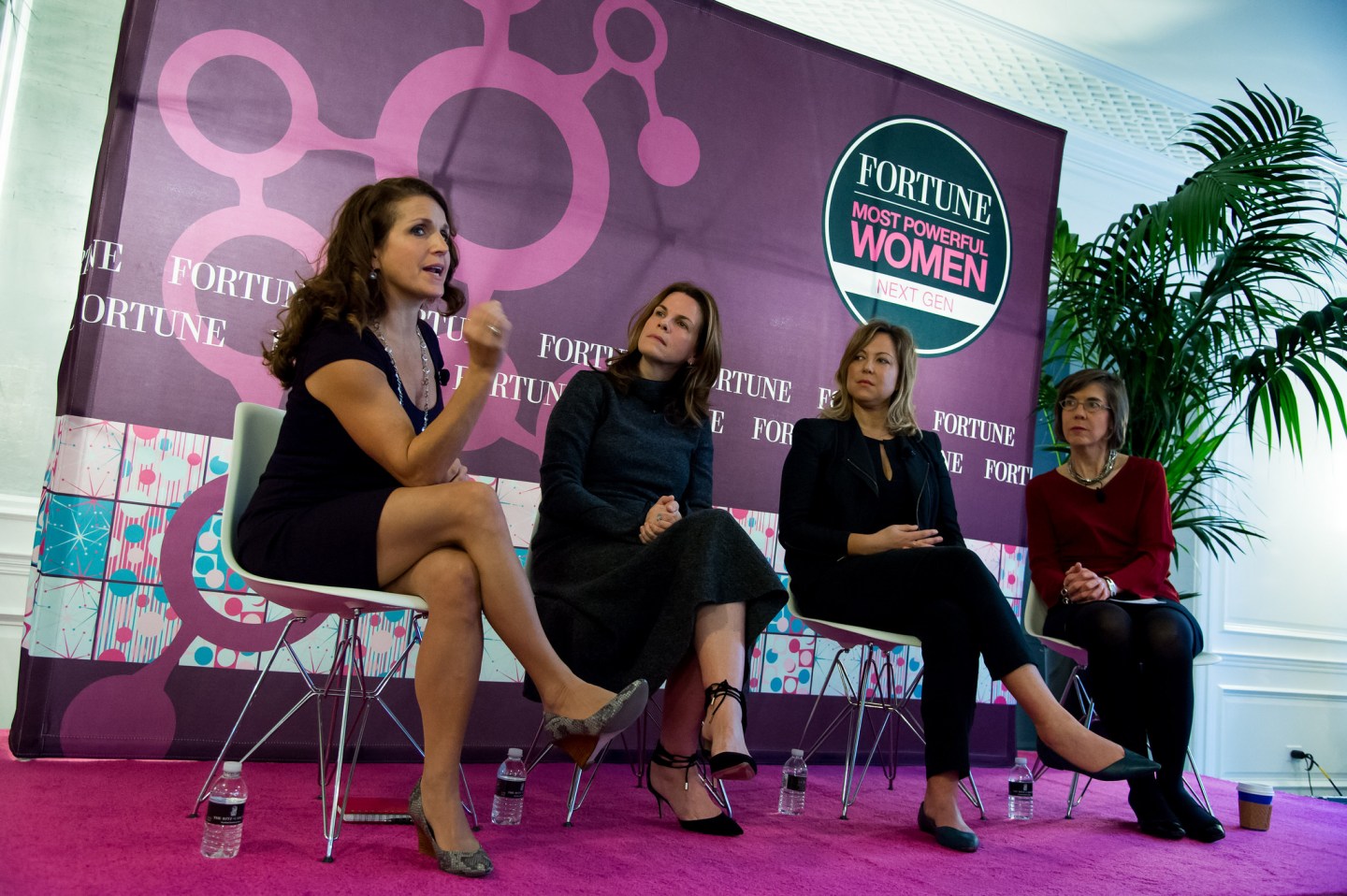 Today, the “media” is no longer only newspapers, national news broadcasts, and glossy magazine pages. With social media like Twitter and even blogging, being in the “public eye” is easier than ever, and managing a company’s or an individual’s image is an ever-growing challenge.

On Wednesday, at the Fortune Most Powerful Women Next Gen Summit in San Francisco, Brew Media Relations founder Brooke Hammerling, The Outcast Agency CEO Alex Constantinople, and AIM Leadership CEO Camille Preston, shared lessons about navigating publicity and running a service-oriented business. Here are some of the lessons they shared:

It’s no secret that there’s a disparity in self-confidence between male and female executives—and all three panelists have observed this first-hand. Hammerling said she noticed the wide gap after she started to pay attention to the CEOs of companies who she works with that are male and under 35. By and large, they often mistake a short interaction on Twitter with a journalist for a real relationship they can try to leverage, or believe they’re talented writers as soon as they’ve drafted their first blog post, she said.

“We pick our partners as much as they’re picking us,” Constantinople said about her company’s approach to selecting clients. Hammerling, who founded her agency a decade ago, said that looking at clients as partners rather than customers of her services has been core to how she’s structured her business from the beginning. For example, a dealbreaker is that the CEO of each client company be directly involved in working with her team to ensure a solid working relationship—she turns down those who can’t commit to this. Additionally, one upside to this approach for both Constantinople and Hammerling has been the freedom to avoid working with clients who aren’t nice people. “Ten years ago I was working for people, and I had to work for assholes,” Hammerling said of her career prior to founding her own business.

Public relations professionals are used to preparing for disasters or back-up plans in case something goes wrong, and sometimes things do go wrong. Years ago, Hammerling found herself in a crisis when a newspaper mistakenly published an interview with a company a day earlier than planned, potentially getting the company in trouble with the SEC. In the end, everything worked out for the company, but Hammerling’s instinct to immediately accept full responsibility for the mishap proved an important lesson, she said. “People appreciate that,” she added. In a similar spirit, Preston, whose career took some twists and turns, said that as long as a person remains true to their passions and embrace wherever their career takes them, things will work out.

For more from the Next Gen conference, watch this Fortune video: