You Can’t Call It A Do Nothing Congress Anymore 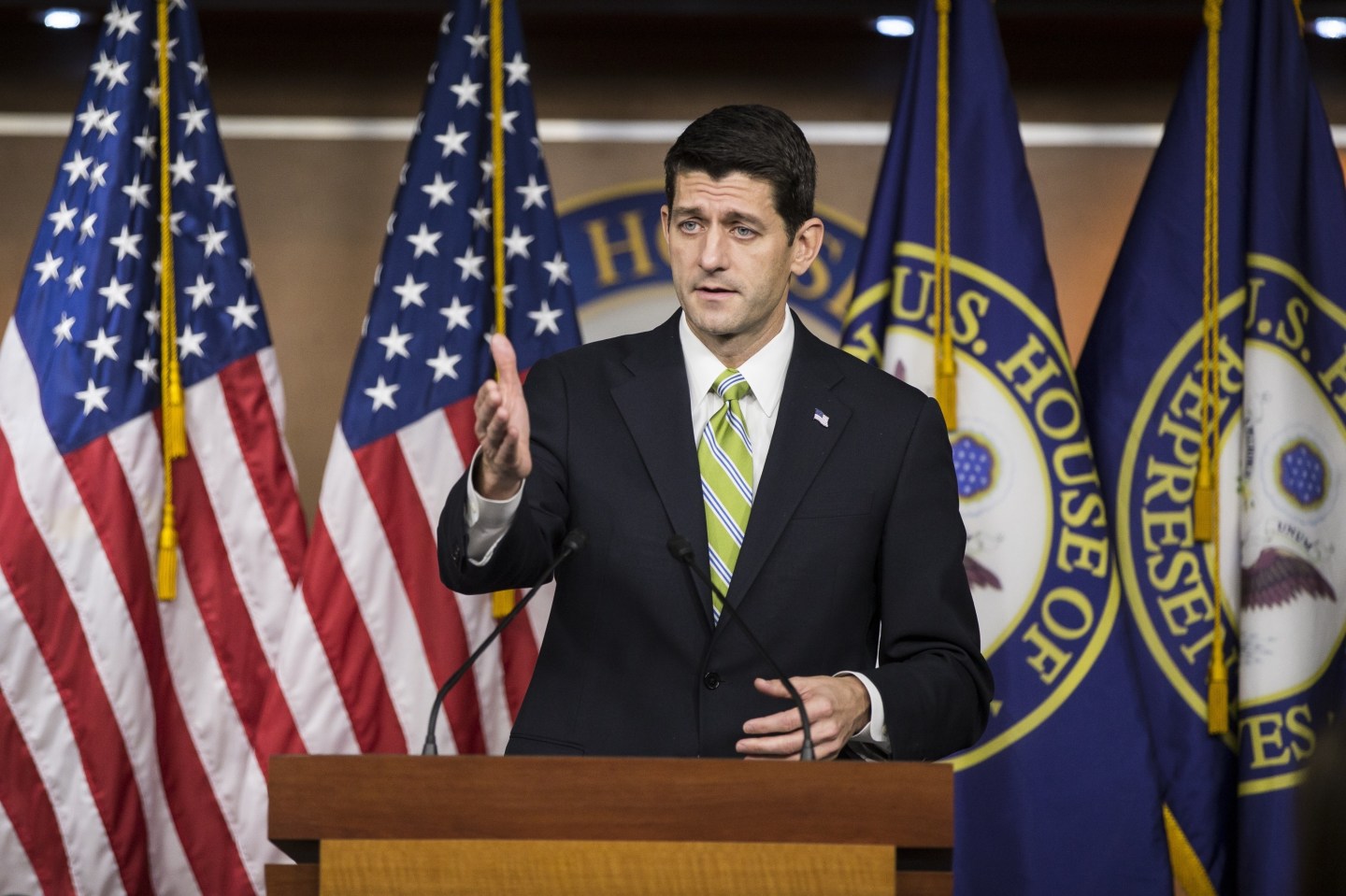 Don’t look now, but Congress is actually about to get a lot done.

This week, newly minted House Speaker Paul Ryan touted mammoth highway and education deals as proof that he is delivering on his promised return to “regular order” and bipartisan compromises that include conservative reforms. And there’s a push to get deals done on the budget and taxes, too.

The roughly $300 billion, five-year highway bill, which also revives the Export-Import Bank, is all but guaranteed to head to President Barack Obama’s desk for his signature. Sure, Congress ducked tough long-term issues by keeping the gas tax at the same 18.4 cents a gallon it’s been at since Bill Clinton’s first year in office, but at least this time the punt was to 2020 — partially paid for by a grab-bag assortment of sliced subsidies for big banks, oil sales, and the like.

The massive rewrite of the education law formerly known as No Child Left Behind also is years overdue and finally heading to the finish line amid an unusual alliance of teacher’s unions seeking more flexibility on testing and Republicans wanting more local control.

And the really big one — a trillion-dollar omnibus spending bill — is just around the corner, although both sides are still squabbling over financial and environmental regulations and other issues that White House Press Secretary Josh Earnest warned Wednesday would lead to a government shutdown unless the GOP relents. But there’s every reason to expect a deal before the Dec. 11 deadline.

Both Ryan and Senate Majority Leader Mitch McConnell are hoping to avoid a repeat of the shutdown dynamic of two years ago, and they’ve offloaded some of the hottest-button issues onto separate bills.

Bills defunding Planned Parenthood, repealing much of Obamacare, and nixing climate regulations will be heading to Obama’s desk for certain vetoes. Republicans won’t have the votes to override a veto, but at least they’ll be able to say they finally passed their priorities — and would do so again if voters elect a Republican president next year.

It’s another variation on the two-track legislating that has become the norm in Washington — passing bills aimed at placating the GOP base and striking bipartisan compromises necessary for real legislating and keeping the government open.

In past years, the political posturing bills gathered dust in the drawer of Senate Democratic leader Harry Reid.

To be sure, there’s still plenty of horse-trading left to be done. Republicans are still talking tough about including some riders—prime breeding ground for legislative pork and special interest handouts—in a final omnibus spending package, even as Democrats talk of holding the line.

“There’s never been an omnibus bill that I’m aware of that didn’t have riders in it and this one will too,” said Sen. Roy Blunt, R-Mo.

Earnest, meanwhile, warned that he couldn’t imagine a scenario in which Obama agreed to another short-term spending bill, except one that gave Congress just a few more days to send something longer reaching to his desk.

Blunt said he hopes that the legislative process improves next year to “let people have a sense that the government is working again.”

Much of this year was spent with Democrats filibustering appropriations bills in a dispute over spending; that won’t be the case next year because of the two-year budget deal struck in John Boehner’s final days as Speaker.

One item that Republican leaders have talked about including in the spending bill — legislation restricting the flow of Syrian refugees — will put the Obama administration in an awkward position, given an essentially veto-proof majority backed such a bill in the House before Thanksgiving.

President Obama has already signed a Defense authorization bill despite earlier White House veto threats over its Guantanamo provisions, and Earnest declined to issue a veto threat when asked about the refugee issue Wednesday, saying instead that they will look at what Congress does and will have an “open dialogue” with them.

The last wild card is a bipartisan deal to extend dozens of expiring tax cuts — including perennials like the research and development credit, with tussles behind the scenes over which of the breaks to make permanent. That deal isn’t yet baked and could slip into next year. Congress has made a habit of retroactively reviving expired tax breaks after failing to agree on extensions by the deadline.