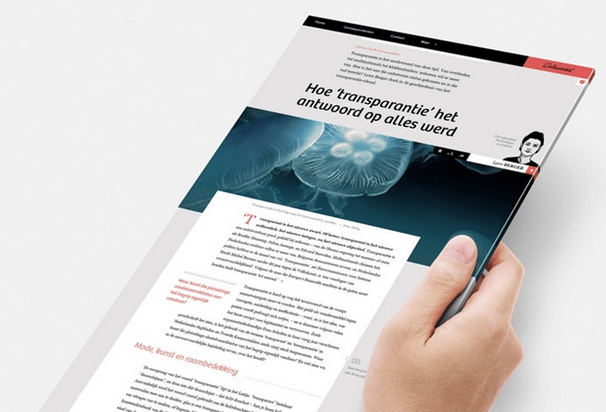 When De Correspondent debuted in Amsterdam in 2013, it set a world record in crowdfunding for a journalistic entity by raising more than $1.7 million from almost 20,000 fans who signed up to support the venture. Two years later, the Dutch news company has hit another milestone: Co-founder Ernst-Jan Pfauth said on Tuesday that the company now has more than 40,000 members who are paying a total of about $3.2 million a year.

That number might not seem like much to those in the United States, where YouTube videos get tens of millions of views in a matter of hours, and the New York Times recently crossed the one million digital-subscriber mark. But for a Netherlands-based news site, it’s a lot.

It’s hard to find a comparable crowdfunded U.S. news site that discloses subscriber numbers, but by early 2015, political blogger Andrew Sullivan had managed to accumulate a subscriber base of about 30,000 people paying close to $1 million a year for his site, The Daily Dish. At that point, he decided to hang up the blog and focus on longer projects because he said daily blogging was taking too big a toll on his personal life.

As I’ve pointed out in past coverage of De Correspondent, the site had a head start in some ways on other similar efforts because Pfauth and his co-founder were established journalists at an existing Dutch newspaper. They also premiered the project with a high-profile TV interview that drew a fairly large audience.

That said, however, the founders were able to capitalize on the publicity of the launch and build a really fascinating new-media operation that other outlets could learn from in many ways.

As a subscriber-focused site, the Dutch news startup has a somewhat cautious relationship with Facebook, which is trying to pull more content into the network using services such as Instant Articles. For De Correspondent, using social networks is a big part of how the site reaches out to find new supporters, but it tries to constantly remind them of how much it relies not just on sharing but on contributions from its members. And it uses charts like this one:

Since it is entirely focused on paying members, De Correspondent also has some interesting ideas about a number of things including the value of comments. It sees readers not just as passive consumers of content, but key partners in the journalistic enterprise, and in many cases commenters go on to become full-fledged contributors to the site by writing articles on their areas of expertise.

De Correspondent has also rethought how hyperlinks work, since it saw them as distracting and noticed that few readers clicked on them.

Writers can now choose to display additional information as a sidebar, which is called up with a link— a little like the information cards that Vox uses—or in the form of a fact box that appears inside the text when readers click an arrow. Important links to external sources selected by the journalist appear at the end of the article.

Pfauth adds in his post that the site wants to expand from its existing Dutch-speaking audience to appeal to English-speaking users as well, and has started translating some of its stories into English.