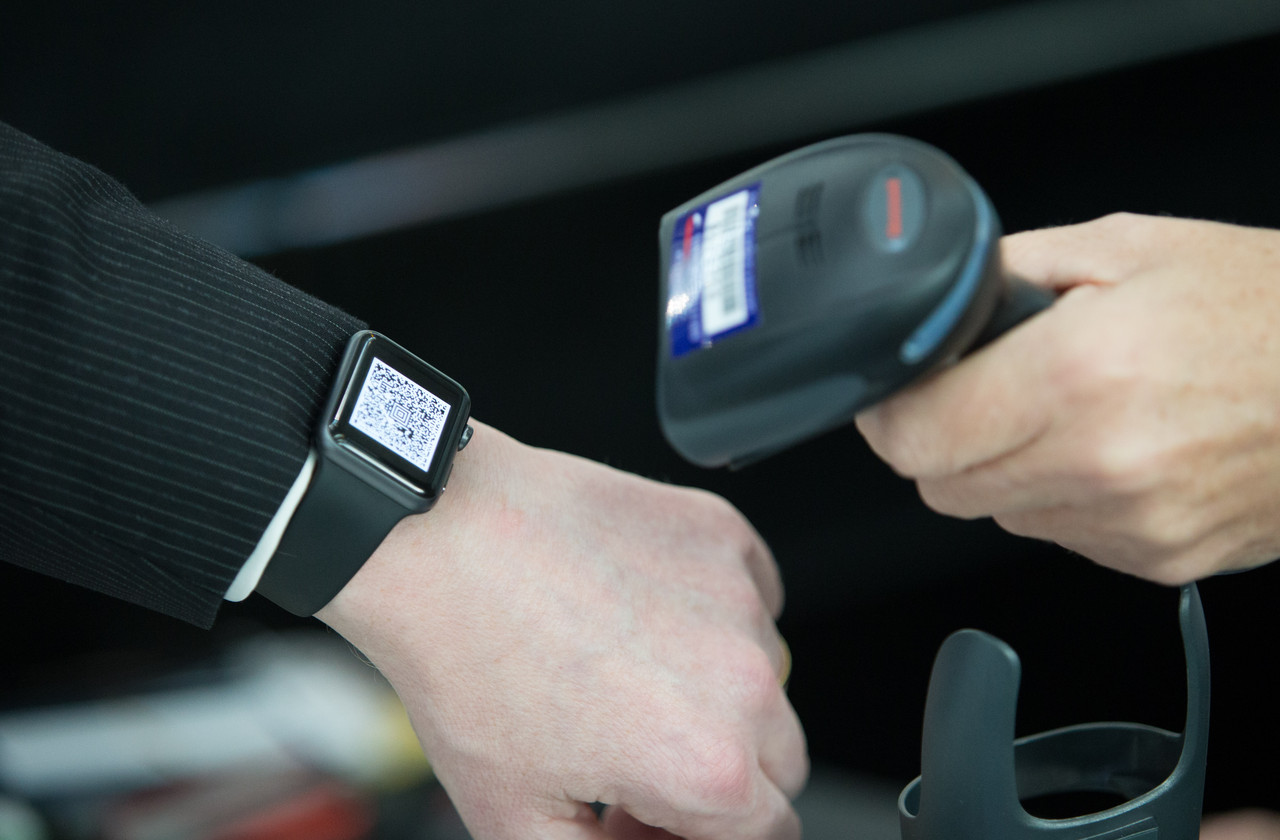 The next time you travel through Heathrow Airport, you can expect to see new Apple Watch-friendly barcode scanners aimed at making the check-in process easier.

On Tuesday, British Airways announced its plans for installing the new “Scan and Go” devices at Heathrow airport by Dec. 15. Customers will find the new scanners in Terminals 3 and 5.

Similar functionality is available from other airlines in the U.S., although scanning the boarding pass on an Apple Watch at the ticket counter is an awkward affair. Typically there’s no room to place your wrist underneath the scanner to get an accurate reading of the barcode.

The new scanners (pictured above) are handheld, which will eliminate the need to twist and turn your arm as you try to line up the barcode on your wrist with the placement of the scanner.

Additional features of the British Airways Apple Watch app include real-time flight information, such as gate changes and a departure countdown timer. Naturally, the scanners will continue to work with the mobile app on smartphones providing the same functionality.

“When we saw the dramatic rise in the number of people using the app on their Apple Watches, we knew we needed to create new features in the terminal which would make the experience even better for them,” said Kevin McQuillan, who’s in charge of the British Airways website and mobile app.

The British Airways announcement was preceded by a study from research firm Wristly. The study revealed 45% of 340 dissatisfied Apple Watch owners quit using the device within the two weeks of purchase, with 89% of participants reporting he or she stopped wearing it due to not finding enough value in the wearable’s overall functionality.

But usage numbers released by British Airways tell a somewhat different story—at least for users of its mobile app. Between June and October, the company saw its Apple Watch app use increase 386%. It’s an impressive number, but one that was likely padded as the Apple Watch become more widely available following its April launch.

It’s still far too early to deem the Apple Watch a success or a failure. For competitive reasons, Apple (AAPL) doesn’t disclose Apple Watch sales numbers, but IDC estimates the company is behind Fitbit (FIT) in wearable market share, at 19.9% and 24.3% respectively.

However, research firm Canalys estimates Apple has sold 7 million devices since launch. According to the same report, no other smart watch maker shipped over 300,000 devices in the third quarter.

Correction: In an earlier version of the story, Fortune failed to properly identify those who participated in the Wristly survey as dissatisfied Apple Watch owners. Fortune regrets the error.

For more information about the Apple Watch, check out this Fortune video: