Snapchat Teams Up with (RED) To Fight AIDS 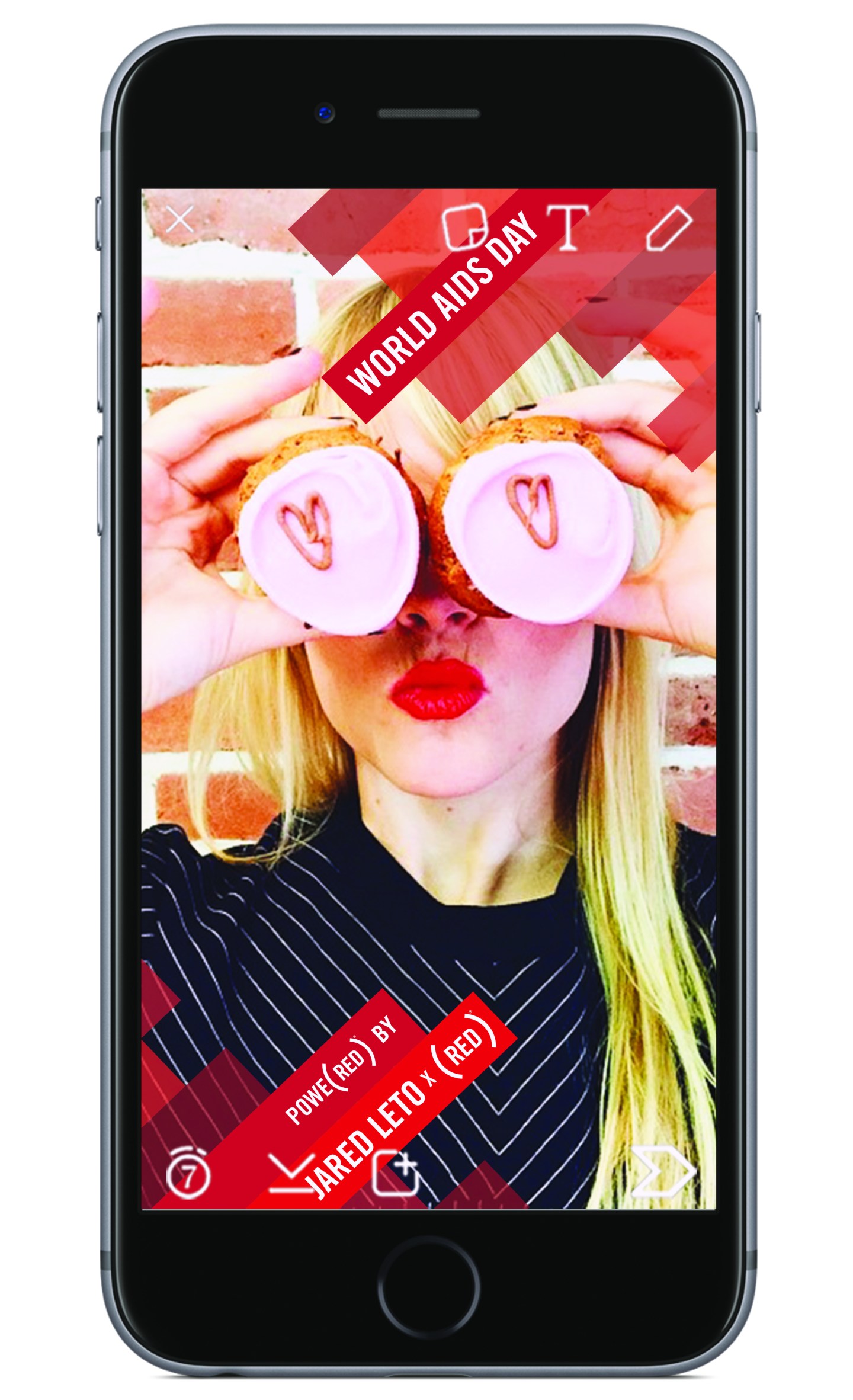 On Tuesday, Snapchat’s decorations for your photos and videos will actually help fight AIDS.

The ephemeral messaging company has teamed up with the (RED) campaign to offer, for only 24 hours, three special filters for users to decorate their photos and videos. Music DJ Tiesto, actor Jared Leto, and television host Jimmy Kimmel each lent their name for a filter.

Each time one of these three filters is used on Tuesday, The Bill and Melinda Gates Foundation will donate $3 to the (RED) organization, up to $3 million. According to a (RED) spokeswoman, “$3 can provide 10 days of life-saving HIV/AIDS medicine in sub-Saharan Africa.”

This marks Snapchat’s first collaboration with a non-profit organization for its photo filters. Previously, the company has partnered with companies such as McDonald’s (MCD) to create sponsored filters that let users adorn their content with company logos and illustrations.

The (RED) organization has partnered with other social media companies in the past. In 2009, it teamed up with Twitter, which colored its tweets red when users included a special hashtag. In 2012, it partnered with Foursquare and Starbucks, and in 2013 it worked with the Twitter-owned Vine.

Snapchat’s users view content with filters 400 to 500 million times every day, the spokeswoman added. Back in May, Snapchat co-founder and CEO Evan Spiegel revealed that the company now has more than 100 million daily active users, and that 65 million of them send photos and videos every day.

(The story has been updated to clarify that Tiesto, Jared Leto, and Jimmy Kimmel only lent their names for the filters’ designs, and did not financial sponsor the campaign.)