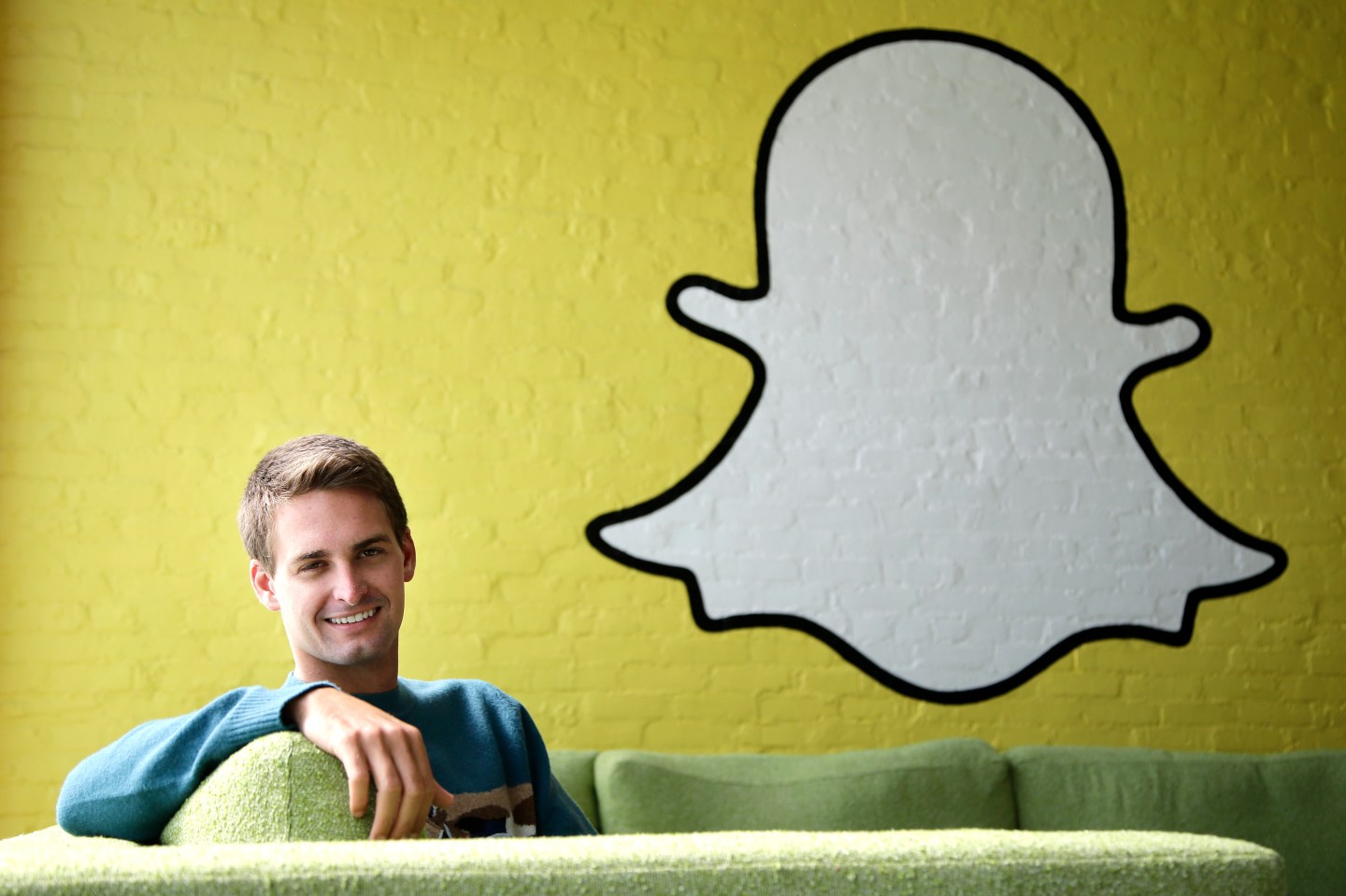 FILE - This Thursday, Oct. 24, 2013 file photo shows Snapchat CEO Evan Spiegel in Los Angeles. Snapchat has agreed to settle with the Federal Trade Commission over charges that it deceived customers about the disappearing nature of messages they send through its service and collected users contacts without telling them or asking for permission. (AP Photo/Jae C. Hong, File)
Photograph by Jae C. Hong — AP

Snapchat CEO and co-founder Evan Spiegel has revealed the most definitive plans yet about the financial future of his messaging app.

“We need to IPO, we have a plan to do that,” he said Tuesday. “An IPO is really important.”

Spiegel’s comments on stage at the Code tech conference in Southern California, show that he is serious about an initial public offering for Snapchat. The app has made a splash by letting users send photos and short videos that disappear after the recipient sees them.

Although Spiegel teased the audience with the idea of an initial public offering, he remained vague about any of the details. There was no mention of when such an IPO would take place — whether months or years in the future — or how big it would be.

Spiegel swatted away questions about selling Snapchat to a larger company down the road. He famously turned down a $3 billion offer from Facebook in 2013. At the time, Spiegel was called “arrogant” and “foolish.” But he’s since built up Snapchat from a silly app for teens to a media company with large advertisers and partners like CNN and Vice. Earlier in 2015, Snapchat introduced Discover, a separate section in its app where users can consume bite-sized news content from its partner publishers.

On stage, Spiegel also explained that part of Discover’s purpose is to entertain users, in many cases between sending and receiving messages from their friends. The goal of filling up more of users’ time also explains why the company is now moving toward focusing on how long users spend on the service instead of merely the number of them who login. But with that said, Spiegel shared that his service now has more than 100 million daily active users, and that 65% of them — that’s 65 million — send photos or videos every day.

His point was obvious. In his view, Snapchat isn’t just for adolescents sending silly messages.

For more about Snapchat, watch this Fortune video: