Here’s Why Microsoft Wants to Host Your Next Business Meeting 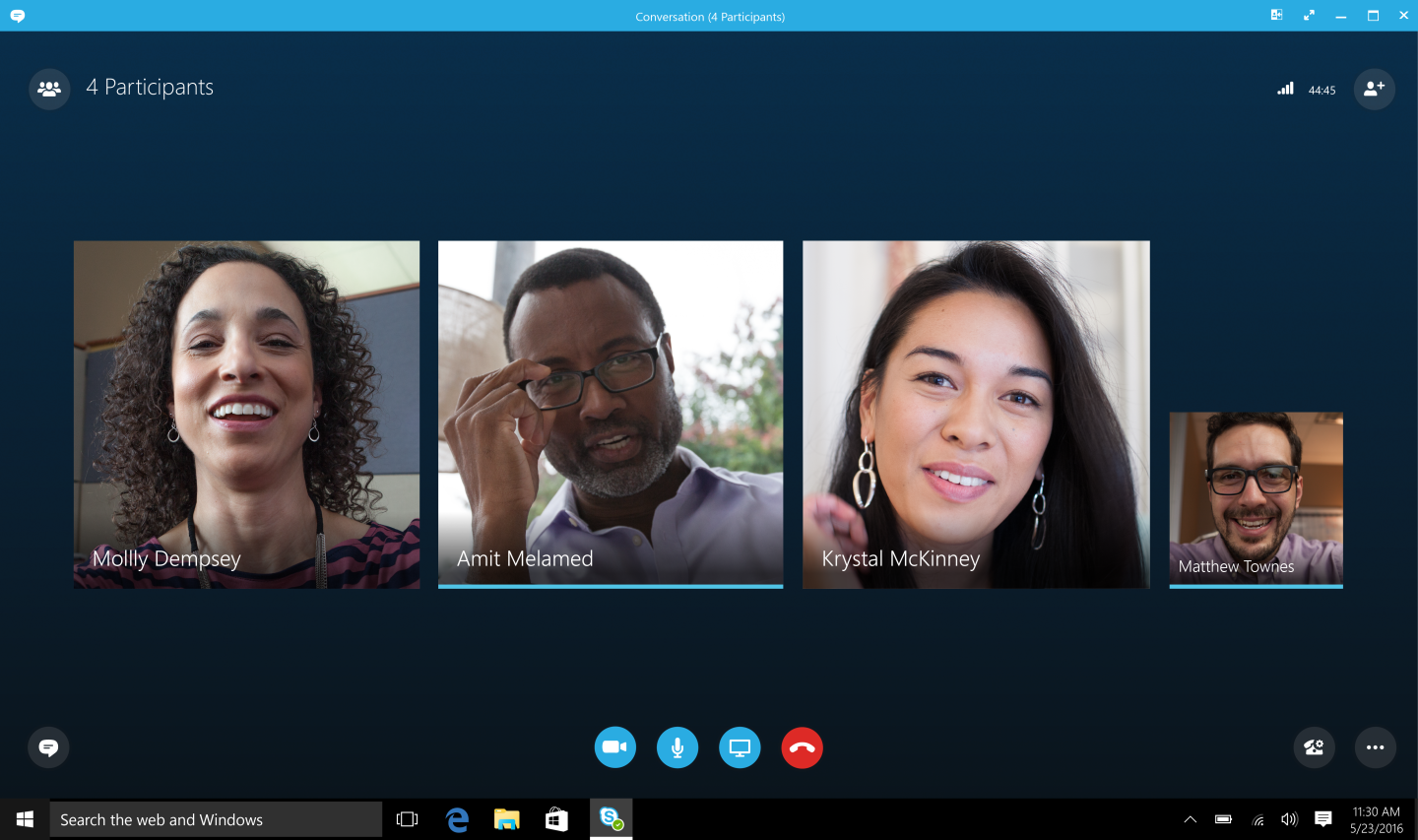 The line that separates Microsoft’s cloud collaboration suite, Office 365, from its corporate communications services, marketed under Skype for Business, is getting blurrier.

On Dec. 1 the tech giant will officially unleash new conferencing, meeting, and cloud telephony options for Office 365 that are meant to consolidate and replace the separate services many businesses use to host audio and/or video conferences.

“Most of our customers have more than one of these [services], they’re putting a lot of money into them, but aren’t satisfied,” said John Case, corporate vice president for Microsoft Office. “This turns Office 365 into a modern communications platform.”

For example, the new capabilities will allow companies to set up and initiate all-hands meetings for up to 10,000 attendees—that can be attended via Web browser or mobile device—in a matter of minutes, Case told Fortune. Additionally, any questions that arise during the large broadcast can be submitted via the company’s Yammer messaging application.

The new services aren’t exclusionary: Teams can also create conferences that connect with traditional phones using the public switched telephone network (PSTN). “You can dial in from pretty much anywhere,” Case said.

Meanwhile, Microsoft (MSFT) is also pushing Skype for Business as nothing less than a replacement for existing corporate private branch exchange (PBX) systems—and it’s offering “Fast Track” funding to help businesses make the switch. The Office 365 pricing plan, which includes all of the above features, costs $35 per user per month, plus another $24 per user for international and domestic calling plans, according to a Microsoft pricing sheet.

Competitors Facebook (FB) and Google (GOOG) have also busy adding video-calling features to their platforms in recent years—to compete with both Skype and Apple’s FaceTime app—but Microsoft has been far more aggressive about embedding these options into its existing business applications.

Over the coming months, you can expect Microsoft to forge relationships that embed conferencing and calling features into applications from other software companies.

For example, in the future, customer service agents using software from call-center company Genesys may be able to initiate support or telemarketing conversations by simply clicking on contact information within a customer’s record. Right now, that same person might be forced to jump back and forth between several systems to track the conversation and make changes, Case said.

Follow Heather Clancy on Twitter at @greentechlady or via her RSS feed. Please make sure to subscribe to Data Sheet, Fortune’s daily newsletter on the business of technology.