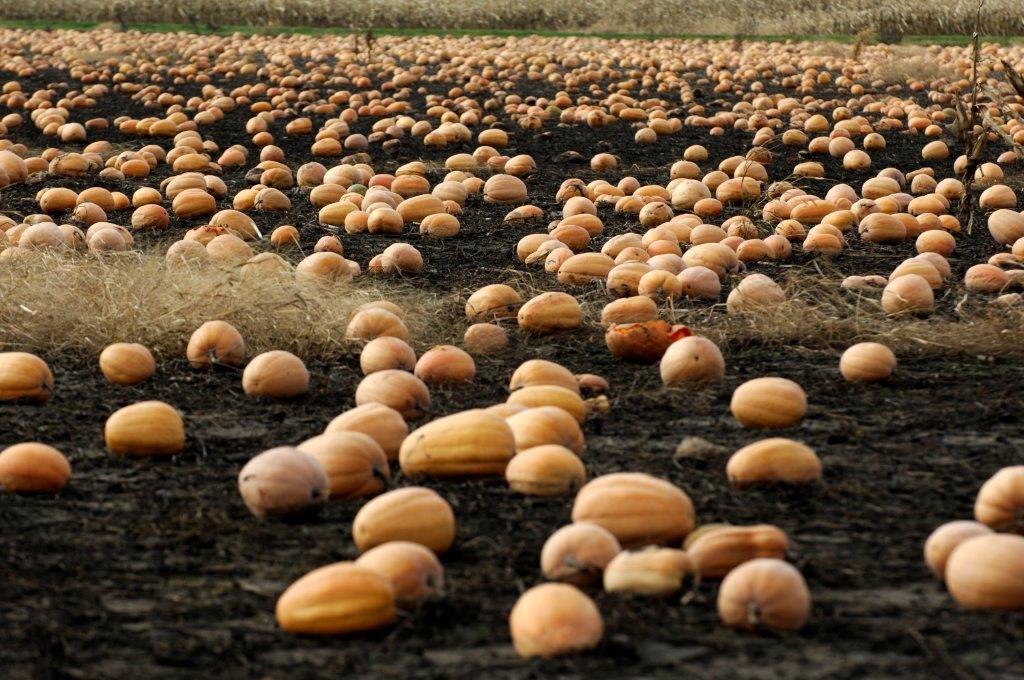 It was the pie crisis that wasn’t, at least not yet.

In early October, crop experts warned that a poor pumpkin harvest threatened to ruin Thanksgiving for lovers of one of the holiday’s most famous offerings. And those warnings turned into a national story. One news source screamed, “Pumpkins for Halloween, but shortage looms for Thanksgiving pies.”

Some of the articles predicted that only those who got to the store weeks before Thanksgiving would find canned pumpkin.

But the great pumpkin shortage of 2015 never really materialized. Libby’s, a division of Swiss food giant Nestlé which produces 80% of the canned pumpkin sold in the U.S., says even last minute Thanksgiving shoppers are likely be able to find the popular holiday pie filling on their supermarket shelves.

What’s more, prices of canned pumpkin haven’t moved. Libby’s says it’s keeping them the same with an eight ounce can still holding a suggested price of $1.79.

That said, the retail prices of fresh pumpkins are actually higher than last year, but not by much; up 7% from last year’s average in mid-October, according to the USDA. That’s about $4.32 this year vs. $4.02 on average in 2014. It’s not exactly a budget busting difference.

So what happened? Those who were predicting the shortfall did it based on the weather, which was particularly bad for this year’s pumpkin crop. Illinois, by far the largest producer of pumpkins–746 million pounds last year with almost four fifths of that going into cans, according to the U.S. Department of Agriculture-got rained on a lot at a key moment in the season.

“This year was dry then extremely wet in June turning a deficit of water into large surpluses,” says Joe D’Aleo, chief meteorologist for agriculture at forecasting service Weatherbell Analytics. What pumpkins actually like is water in the ground when you plant them, then warm and a little drier conditions, he says.

The second largest pumpkin-producing state, California, also got hit with the weather, says D’Aleo. There, where in 2014 almost 200 million pounds of pumpkin were grown, they had the opposite problem: drought. There’s always something to grumble about on the farm.

Libby, which sources its pumpkin in Illinois, saw a drop in crop yield of 50%. As a result, Libby’s stopped harvesting earlier than usual.

What the experts missed is that Libby typically produces far more cans of pumpkin filling than it needs for just the holiday season, reserving cans for the rest of the year. But this year, Libby made the tactical decision not to reserve any of its inventory for future months, instead shipping its entire stock to retailers across the U.S. before Thanksgiving. The company says it now has no holdover inventory. Once those cans disappear from retailer shelves there will be no more until next year’s harvest.

So while the great pumpkin shortage didn’t materialize for Thanksgiving, there could still be problems for pumpkin pie lovers for the rest of the year, and into 2016.

Even so, fresh pumpkin may still a possibility for pie makers. Look for so-called cheese pumpkins, which should be smaller and smell sweet on the bottom, says Tom Vaccaro, dean for baking and pastry at the Culinary Institute of America.

Cookbook writer Ann Volkwein says fresh pumpkin can be watery compared to the canned variety. If you get stuck with regular pumpkins, then you might need to add a little sugar.

Food shortages aren’t actually that uncommon. Back in 2008 there was a famous rice shortage which prompted some U.S. retailers to start limiting how much customers could purchase. That year there was also a pistachio problem when Iran, by far the world’s largest producer, suffered cold weather during a key part of the growing season leading to an awful harvest.

And way back in 1974 Britain suffered a sugar shortage. You didn’t get offered one lump or two, you just took what you could get. I was there and remember in horror.

Still, in all those cases it wasn’t like you couldn’t actually get rice, pistachios, or sugar. It’s just there was less of it than usual and maybe higher prices.

Simon Constible is author of The WSJ Guide to the Fifty Economic Indicators That Really Matter: From Big Macs to “Zombie Banks,” the Indicators Smart Investors Watch to Beat the Market