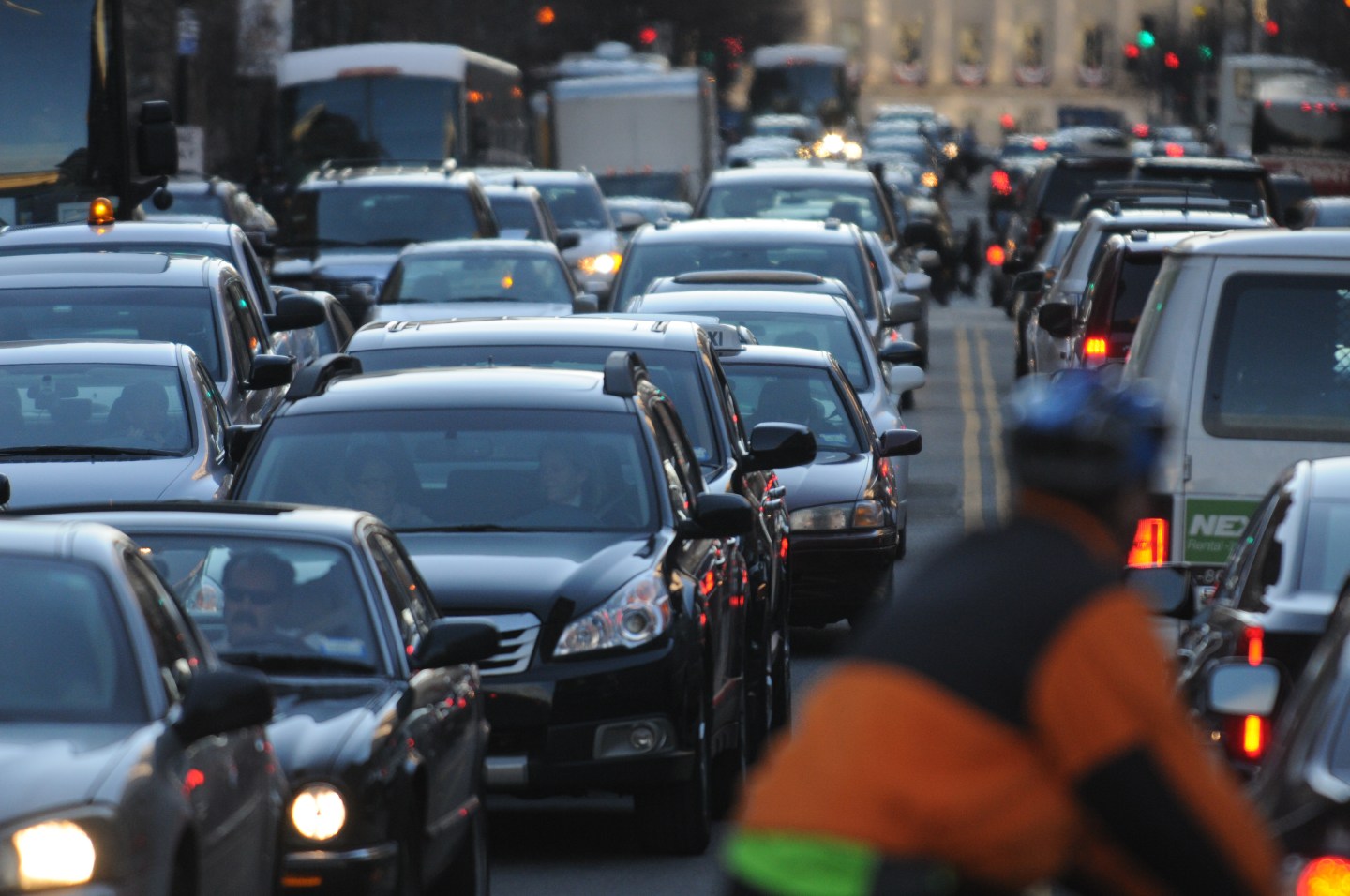 Everyone thinks their city has the worst traffic choke points, but not everyone can be a winner—if that’s the right word.

A new study published by the American Highway Users Alliance lists the country’s worst bottlenecks—as measured by total hours of delays annually, fuel wasted, and lost value of time (as in productivity lost while sitting and fuming in traffic). The worst is on I-90 in Chicago. Specifically the 12-mile stretch between Roosevelt Avenue and North Nagle Avenue.

The next six slots all were in the Greater Los Angeles area, including several lengths of the 405 and the 101. New York-New Jersey metro doesn’t even show up until numbers 8 and 9, followed by I-35 in Austin, Texas. Boston, which takes perverse pride in its horrific traffic (and drivers), showed up at number 15 (I-93 between the Mass Pike and U.S. 1 or what was once known as the Central Artery).

Interestingly, the proposed solution to this massive waste of resources is not more or better mass transit, according ot the survey, but better work-arounds. The group points to the reconstruction of the Woodrow Wilson Bridge on the Capital Beltway in the D.C. area as a great example of how redesigning and rebuilding roads around the bottleneck can ease traffic. As opposed to say, an expansion of rapid mass transit systems.

Given the membership of the AHUA, a nonprofit 501(c) organization, this is not surprising. The board includes members from the Salt Institute, which pushes the use of salt on frozen roadways; the Tire Industry Association; the Recreational Vehicle Industry Association; and the Motor & Equipment Manufacturers Association, mostly groups with a vested interest in keeping Americans driving their own vehicles.

There’s also a tech angle to this list. One of the promised selling points of self-driving cars being built by Google (GOOG), Tesla (TSLA) and other tech giants is that they will not be subject to rubbernecking and other distractions that contribute to traffic jams.

For more on traffic and how data might help ease it, check out this Fortune video:

Oh! And make sure to subscribe to Data Sheet,Fortune’s daily newsletter on the business of technology.