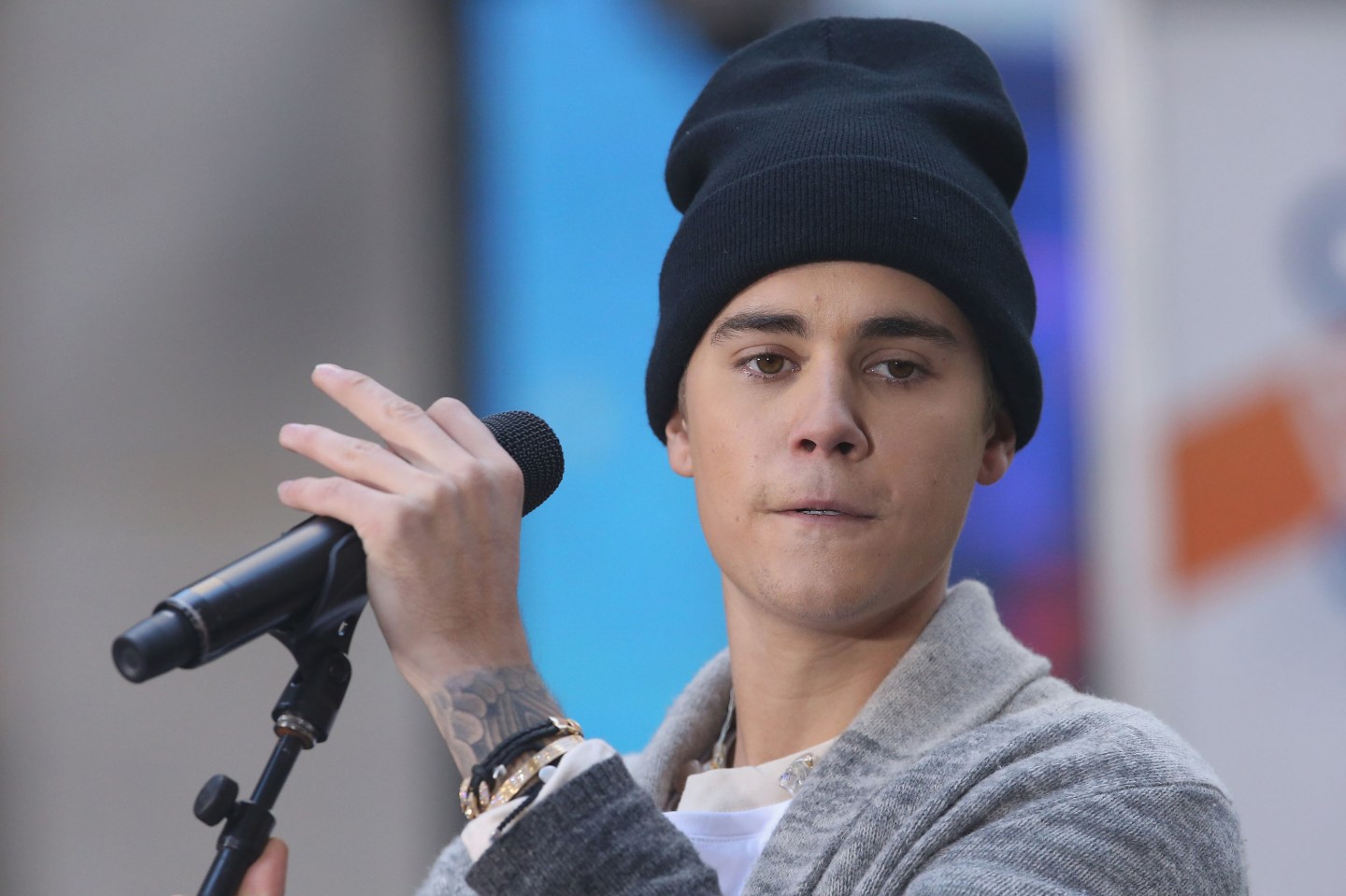 Justin Bieber has broken a record previously held by The Beatles with the release of his new album Purpose.

Seventeen of the Canadian singer and songwriter’s newly released tracks have risen onto Billboard’s “Hot 100” list for the week of Dec. 5. The achievement represents “the most titles that any artist has placed on the chart in a single week,” reports Billboard.

The Beatles’ earlier record had amounted to 14 songs on the list on April 11, 1964, Billboard notes. Drake, the hip-hop artist and fellow Canadian, had tied the English rock band’s accomplishment with 14 songs on March 7 and Oct. 17 this year.

Here’s where Bieber’s tracks rank on the “Hot 100” in order of popularity, per Billboard:

In total, 17 out of the 18 tracks on Bieber’s new album made the list. The straggler is titled “All in it.”

Unlike fellow pop stars Taylor Swift and Adele, Bieber chose to allow his album to stream over the Internet via services like Spotify, which has boosted his numbers.

The ride-hailing service Lyft earlier this month partnered with the singer to promote Purpose. The company presented a “Bieber mode” option for its customers that offered a digital download of the album for $5.

For more on Justin Bieber’s new album, watch this video.