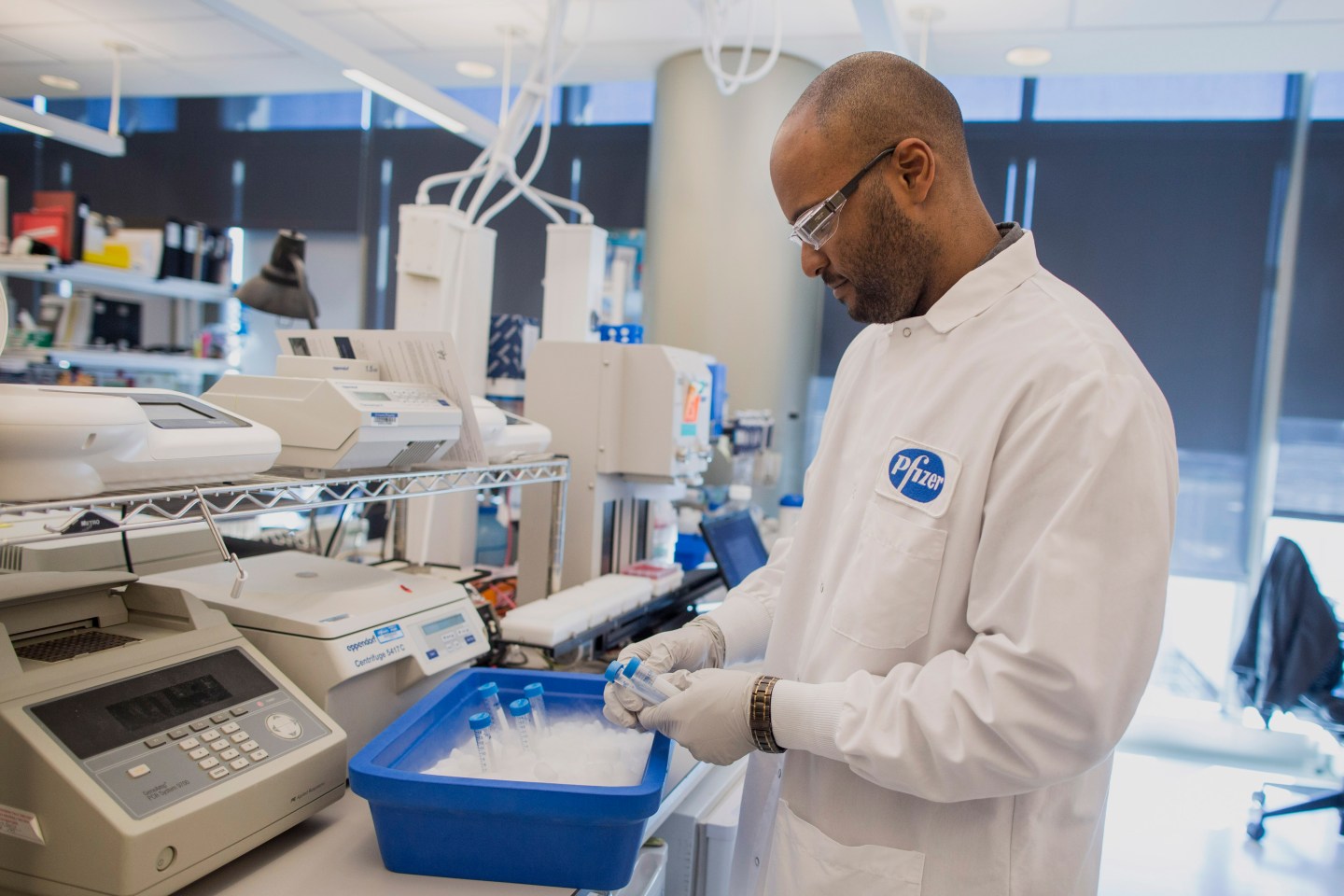 Pfizer’s Allergan inversion deal may be too big for even the U.S. government to stop.

On Thursday, the Treasury Department issued new rules to limit tax inversion deals. An inversion takes place when a U.S. company buys a smaller, foreign rival and reincorporates overseas in order to avoid U.S. taxes. The deals, as you can imagine, are controversial. (We at Fortune have called them positively un-American.) The new rules include provisions against “asset stuffing” and “cherry picking.” The first is when a U.S. company shoves some assets into a foreign entity it is buying to make it big enough to qualify for an inversion. The second is when a U.S. company uses a third entity to combine with a foreign company in order to relocate the newly formed company to a country with an even lower tax rate.

Neither of these rules will stop the Pfizer (PFE) deal. The same goes for the rules that Treasury put in place in September 2014. The reason: The drug maker has agreed to pay up for rival Allergan, making the deal a so-called super inversion. The Treasury’s inversion rules relate to deals in which U.S. companies end up owning between 60%-to-80% of the newly formed company, and the foreign entity owns somewhere between 40% and 20%. The idea was to stop U.S. companies from cheaply picking up small companies just for tax purposes.

But the Pfizer-Allergan split goes beyond 60-40. The terms aren’t official. but Pfizer is reportedly going to pay $150 billion for Allergan (AGN). (Around $190 billion if you include Allergan’s debt, which Pfizer will have to take on.) That’s 22% higher than where the company is trading right now. And Allergan’s shares have already risen nearly 25% on the potential Pfizer deal, to around $310.

“Every tax saving stunt that’s known to man is going to be available to them as long as they stay below 60%,” says Robert Willens, an independent tax expert.

Willens says the deal will likely decrease Pfizer’s tax rate from around 25% to 7.5%. And Willens says it will probably go lower than that. “I think they may end up having one of the lowest effective tax rates of any company on the planet,” says Willens.

The question is whether all of Pfizer’s tax moves will be worth it. The deal values Allergan at 25 times earnings. Yet the maker of botox’s bottom line growth is expected to slow to about 16% within two years. And Pfizer will be taking on Allergan’s $40 billion in debt to do the deal. Yes, Pfizer will save $2 billion a year in taxes, but it is giving up 43% of its company to do it. That means 43% of Pfizer’s earnings, or nearly $6.3 billion, will now be going to Allergan’s former shareholders. Pfizer will be getting back 57% of Allergan’s earnings, but that only equals $3.8 billion. The gap is $2.5 billion, or $500 million more than what Pfizer is getting in tax savings.

Indeed, Pfizer’s shareholders seem wary of the deal. The drug maker’s stock is down 10% since news of the deal came out. The government can’t stop companies from paying up for tax inversions, even if it would be better for shareholders if it could.