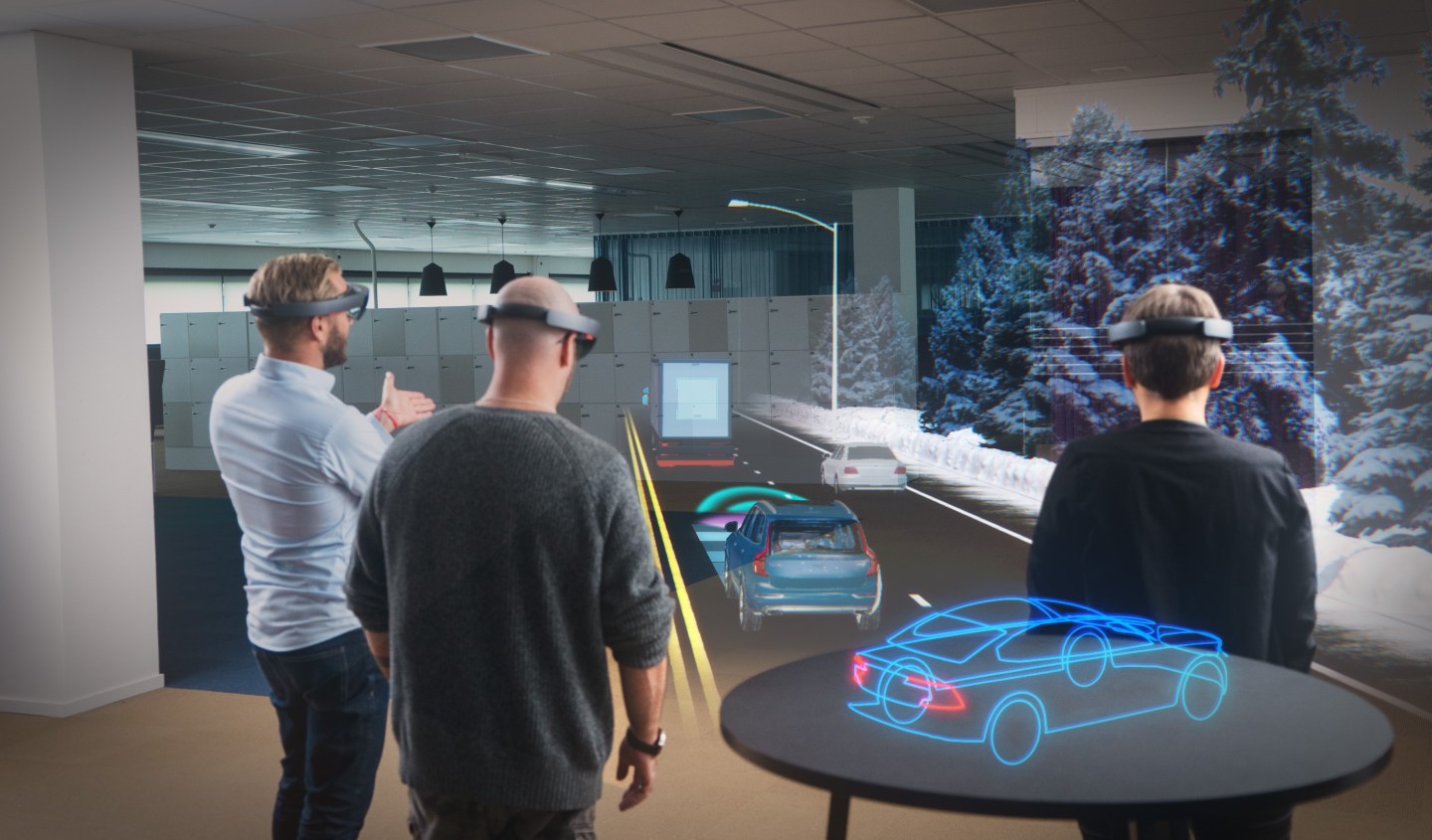 These days, buying a car typically involves some online research, a visit to a local dealer, and a little imagination—if you can’t get an up close view of the vehicle.

Volvo wants to break free from this limited buying experience by using HoloLens, Microsoft’s yet-to-be-released, augmented reality device. The automaker announced Thursday it would work with Microsoft to incorporate the device into the car-buying experience. But this partnership won’t be limited to just using augmented reality—the companies plan to work on autonomous driving technologies as well, and use the enormous amount of data generated from connected cars to create other new services.

During a demonstration at Microsoft headquarters in Redmond, Wash. where the partnership was announced, attendees were shown how the Windows-maker’s augmented reality interface could be used by Volvo customers to configure cars in three dimensions. For example, wearing HoloLens, an untethered, wearable holographic computer, customers can explore the ins and outs of their potential purchase, changing features, colors, and other options.

But don’t expect HoloLens at local Volvo dealers anytime soon. Sascha Heiniger, a spokesman for Volvo’s connected car division, told Fortune that at this stage, it’s too early to talk about a concrete introduction date. In other words, stay tuned for future announcements.

Still, the Volvo collaboration also helps Microsoft, which has said in the past that it wants HoloLens to be more than an entertainment device. Microsoft has invested heavily in both augmented reality and virtual reality technology, which are two businesses that are expected to generate $150 billion in combined annual revenue by 2020, according to Digi-Capital, a research and advising firm.

Meanwhile, automakers are in a technological race to develop self-driving vehicles that will turn drivers into passengers. Audi, Daimler’s Mercedes-Benz, Ford, and Tesla are just a few automakers that are developing autonomous driving features. Microsoft competitors Apple and Google are also developing driverless cars.

Volvo, which was acquired by Zhejiang Geely Holding of China in 2010, has been working on autonomous features that include an interface which will allow drivers to activate and deactivate the self-driving mode through specially-designed paddles on the steering wheel. The interface, called IntelliSafe Auto Pilot, will be available for the first time on 100 XC90 model cars that Volvo will make available for its Drive Me project in Gothenburg, Sweden in 2017.

Concept 26 was unveiled at the 2015 LA Auto Show. Photo by Kirsten Korosec

Volvo has also experimented with ways to transition consumers from driving to full autonomous mode, in which the car is in total control. One idea, which debuted this week at the 2015 LA Auto Show, is an interior seat design and infotainment center that adjusts as the driver moves from driving to relaxing. Concept 26—named to reflect the average daily commute to work of 26 minutes—makes the steering wheel retract, the seat recline, and a large display suddenly emerge from the dashboard, when the driver wants the car to take over.

Fully autonomous vehicles may be years, perhaps decades away, largely because regulations have not caught up with technology. This is why Volvo has focused on other implementing tech, such as Microsoft’s HoloLens, in the meantime. For instance, the augmented reality device could could be a particularly handy sales tool device as Volvo starts rolling out its new plug-in electric hybrid vehicles. The company is aiming for at least 10% of its global sales to come from electrified cars by 2020. To reach that goal, it will have to convince consumers to move away from gas-powered engines. The company is also planning to add plug-in hybrid vehicles across its entire product range, to develop a whole new line of smaller, electric cars, and to build an all-electric vehicle for sale by 2019.

Here’s a video that shows the Microsoft augmented reality tool.