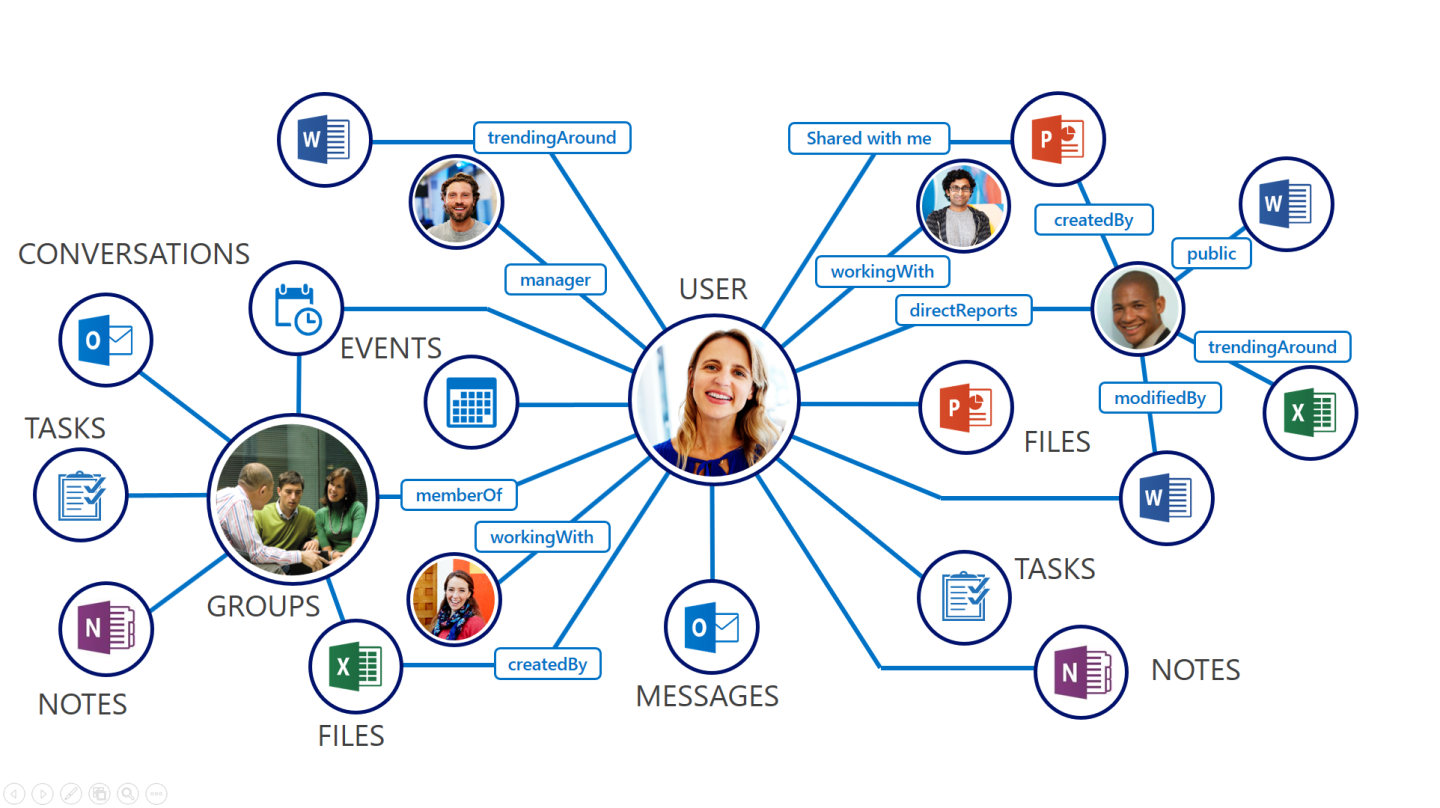 In July, Microsoft injected new life into its operating system franchise with Windows 10, reimagining how its software is updated and sold for an always-on computing era. One of its biggest selling points: applications designed for the new OS that can run seamlessly on desktop computers, tablets and smartphones.

That’s no small feat, and now the software giant is talking up the next phase of its quest to change how information workers collaborate with its Office applications suite.

“In an age of information abundance, we understand people are seeking integrated experiences that help them break out of knowledge silos—ways to ‘work like a network’ and connect information from multiple touch points in meaningful ways,” writes Rob Lefferts, general manager for Office extensibility, in a blog post shared with Fortune prior to the official launch Wednesday.

Here’s how the platform could eventually affect your workday. Want to create an Outlook calendar reminder that calls Uber with one click when you’re done with a specific meeting? Need to create a notification that alerts a sales team when inventory for a hot-selling product reaches certain levels? Want some insight into what your boss is reading before your next one-on-one? Those are just three of the hundreds of scenarios that Microsoft Graph will ultimately be able to do, according to Microsoft executives.

Microsoft Graph builds on application programming interfaces that the company uses to share data among the various Office 365 cloud services—from OneDrive to Outlook to Excel to SharePoint. These capabilities are part of a service called Office Graph, made possible through machine learning and analytics technology the company acquired in 2008. What’s new is that Microsoft is now making it simpler for other software developers to access that data.

“This is about openness, attracting as many as developers as possible, and providing a gateway to the Microsoft cloud,” Lefferts said.

Pretty much every business software company—from Google (GOOG) to Microsoft to Salesforce (CRM) —loves talking about the size of its “ecosystem,” the community of developers building practical applications with its technology. From a sheer numbers standpoint, the number of specialists who have already built specialized tools using the Microsoft Office product applications suite is enormous. There are an estimated 3 million of them—two-thirds of whom are dedicated to custom corporate applications, Lefferts said.

Now, the object is to get those developers—and new ones—doing the same on top of Office 365. There’s plenty of motivation: At least 60 million people use the commercial Office 365 services on a monthly basis, according to Microsoft data.

One startup already making use of the Microsoft Graph application is San Francisco-based Do.com, used by more than 10,000 companies to organize 100,000 “intelligent” meetings every month. Using the service, planners and participants can keep tabs on agenda items, related documents, and follow-up tasks.

The platform becomes even richer if you also happen to be an existing Office 365 customer, said Jason Shah, Do.com’s founder and CEO. For example, you could set your smartwatch app to alert you discretely as a meeting draws to a close. Or you could use the service to schedule a follow-up gathering more quickly, automatically sending invitations to past attendees. “We’re able to work with all the different services, and it’s much easier for someone to turn different applications,” Shah said. “From our standpoint, we’re way more nimble as a result.”

Microsoft Corporate Vice President Bjørn Olstad, the Norwegian software programmer behind the research project that originally inspired Office Graph, said machine learning will inspire even more intelligent applications as Microsoft Graph matures. “These are what I call contextual experiences. … The system knows who I should talk to, it might prep me on reading things my boss is also reading, it might prep me for a meeting, or it might help me organize my calendar,” Olstad said.