The Government is Forgiving Thousands of Student Loan Debts 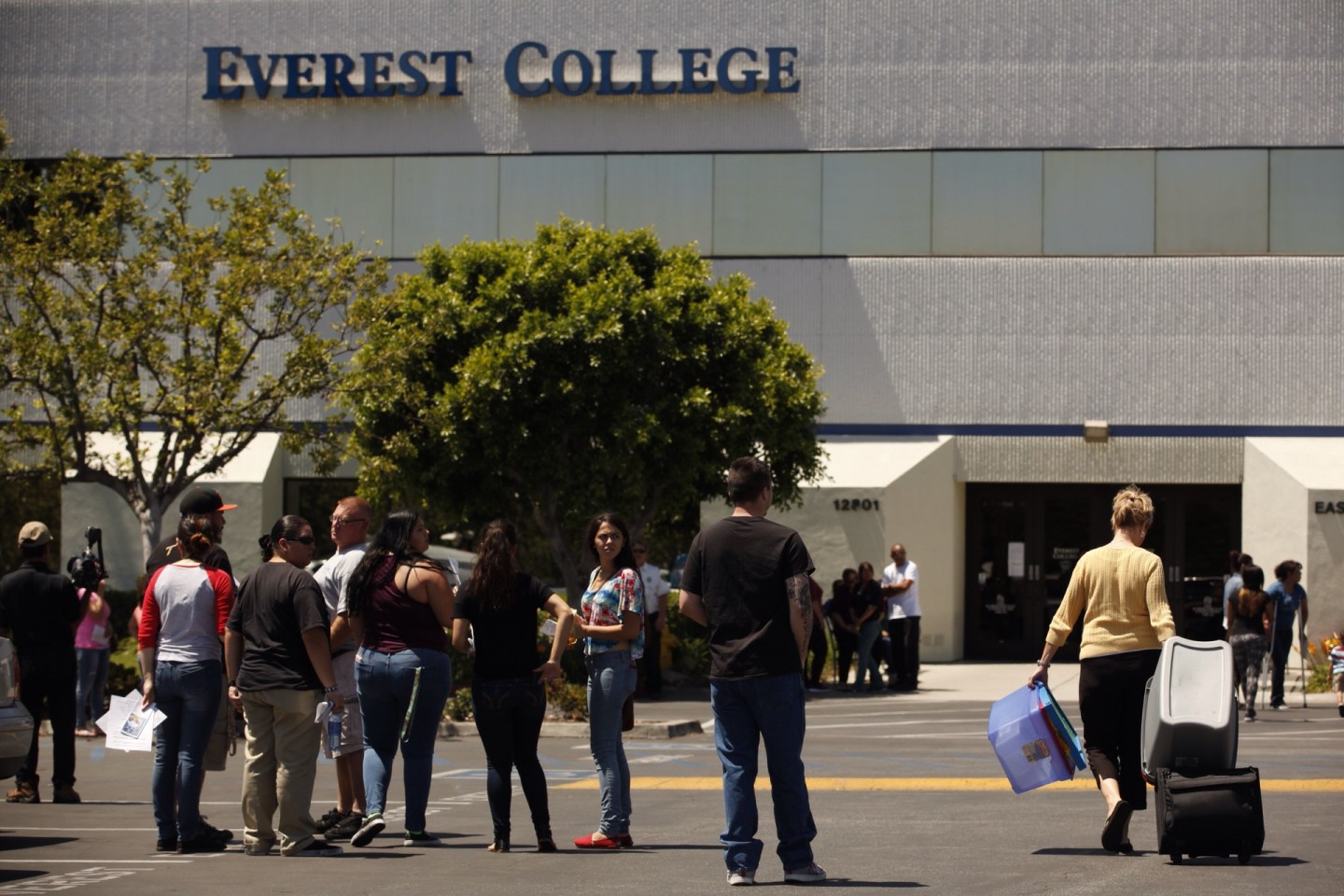 More students who attended programs at Corinthian Colleges, a now-defunct for-profit education network, will be granted a reprieve on their student loan debt, according to a statement by the Department of Education on Tuesday.

The program has been expanded to include about 85,000 students who attended California-based programs at Everest University and Wyotech, and students who took Everest online courses in Florida from 2010 to 2013.

Earlier this year, the department created an expedited debt relief program for around 40,000 students at the Heald College campuses, after years of investigation into Corinthian Colleges concluded the company misrepresented job placement rates to enrolled and prospective students.

In April, the department informed Corinthian that it was being fined about $30 million for fraud. After the news, Corinthian – once one of the nation’s largest for-profit chains – announced it would close down its remaining 28 campuses, displacing roughly 16,000 students. In May, Corinthian and its 24 subsidiaries filed for bankruptcy.

The move to forgive student loan debt for those who attended the company’s campuses will not come cheap, according to the New York Times. It is estimated that if all 350,000 Corinthian students over the last five years received debt relief, that cost alone could be as much as $3.5 billion.

Overall, the Obama administration is coming down hard on for-profit education providers, where companies like Corinthian have often been accused of predatory lending and strong-arming its former students into paying back private loans. According to The Institute for College Access and Success, the average for-profit school student took on $39,950 in education loans, compared to their public and private university counterparts, who took out $25,550 and $32,300 on average, respectively.

On Monday, the Justice Department reached a $95.5 million settlement with another for-profit college provider, the Education Management Corporation, saying the company had engaged in illegal recruiting, and then lied to the government about their high-pressure tactics.