Brace Yourself for Airport Delays Over Thanksgiving 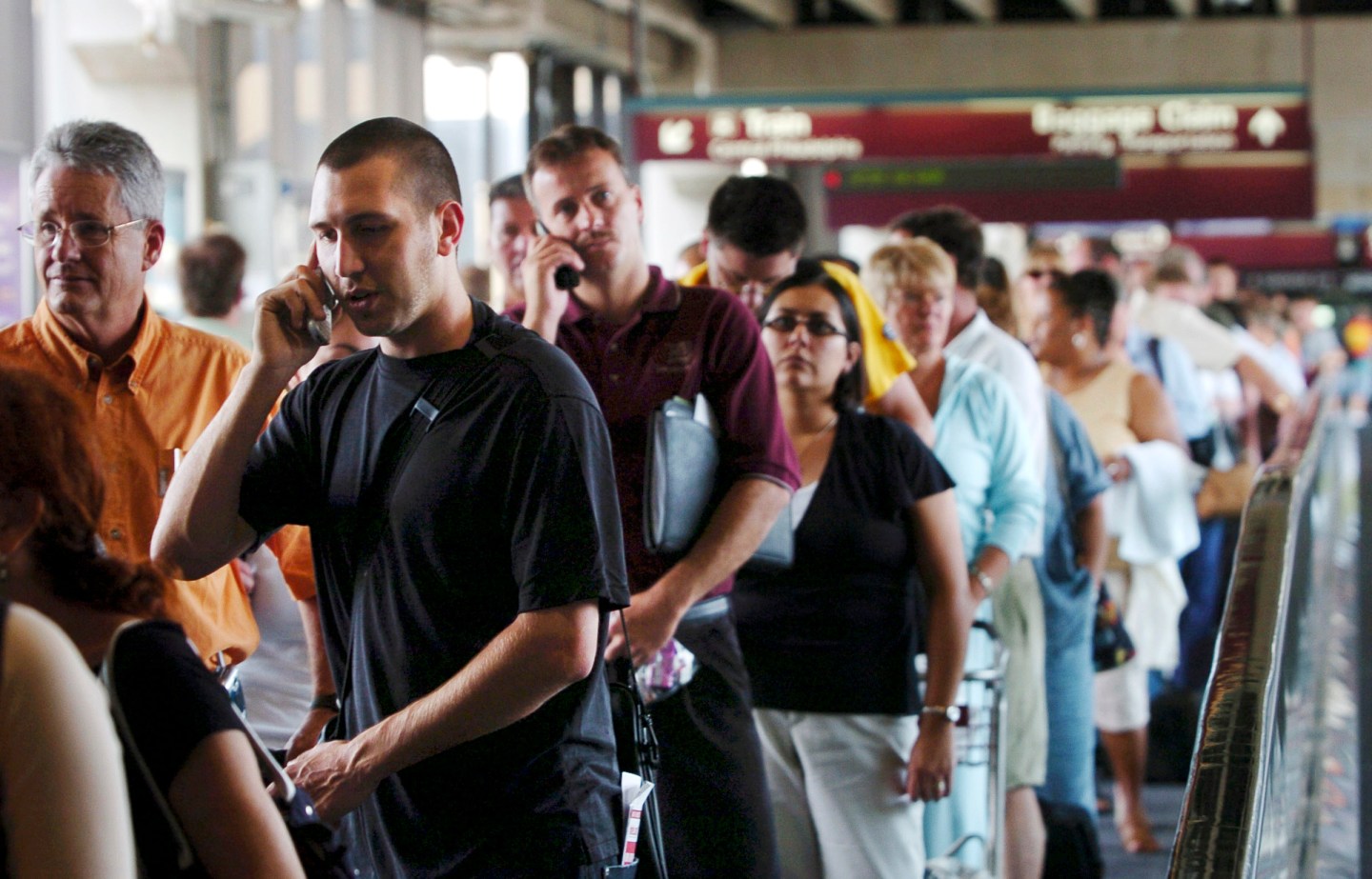 Nov 18 Millions of Americans traveling next week for the Thanksgiving holiday likely should expect airport delays from tighter security prompted by extremist attacks in Paris, analysts said on Wednesday.

Although federal officials have been mum about potential measures, police at such airports as Atlanta’s Hartfield-Jackson, the world’s busiest, and Douglas International in Charlotte, North Carolina, have heightened vigilance after the attacks in Paris on Friday that killed 129.

Tighter security could translate into longer lines for passengers over Thanksgiving on Nov. 26, the top U.S. holiday for travel, as agents spend more time checking passengers and bags, analysts said.

“The chances are good that you’re going to see longer waits because of security,” said Christopher Elliott, a travel writer and consumer advocate.

“If there is another terrorism event, all bets are off then,” he said. Elliott said travelers should add 30 minutes to the time airports advised them to arrive to make flights.

Thanksgiving is the top travel holiday of the year. AAA, the motorist advocacy group, estimates that 46.9 million Americans will travel over the holiday, with 3.6 million going by plane.

Analysts said airport hassles could be worse, not just due to heightened security, but because a great number of less-mobile older people and more families with small children were on the move.

“Everybody wants to go home and have turkey and be with their family and friends, and everybody’s going to be just a little bit nervous,” said Nancy McGuckin, a travel behavior analyst in Los Angeles.

The Department of Homeland Security, the TSA’s parent, said on Friday that there was no credible threat to the United States like the attacks in Paris.

At Atlanta’s Hartsfield-Jackson, there will be more canine patrols over the Thanksgiving holiday and greater visibility of police tactical units, an airport spokesman said.

In Charlotte, police have added personnel at Douglas airport for the holiday season, WSOC TV reported. The airport said in a statement that it was operating at heightened levels of vigilance.

Islamic State militants have claimed responsibility for the Paris attacks. A group affiliated with Islamic State has said it is behind the Oct. 31 downing of a flight to St. Petersburg from Egypt that killed 224 people.

Underscoring air travel jitters, two Air France planes on their way to Paris from the United States made emergency landings on Tuesday after bomb threats. No explosives were found.

U.S. airports have hazards even without fears of extremism. TSA said on Wednesday that agents found 46 firearms in carry-on luggage last week, including 15 with a round in the chamber.