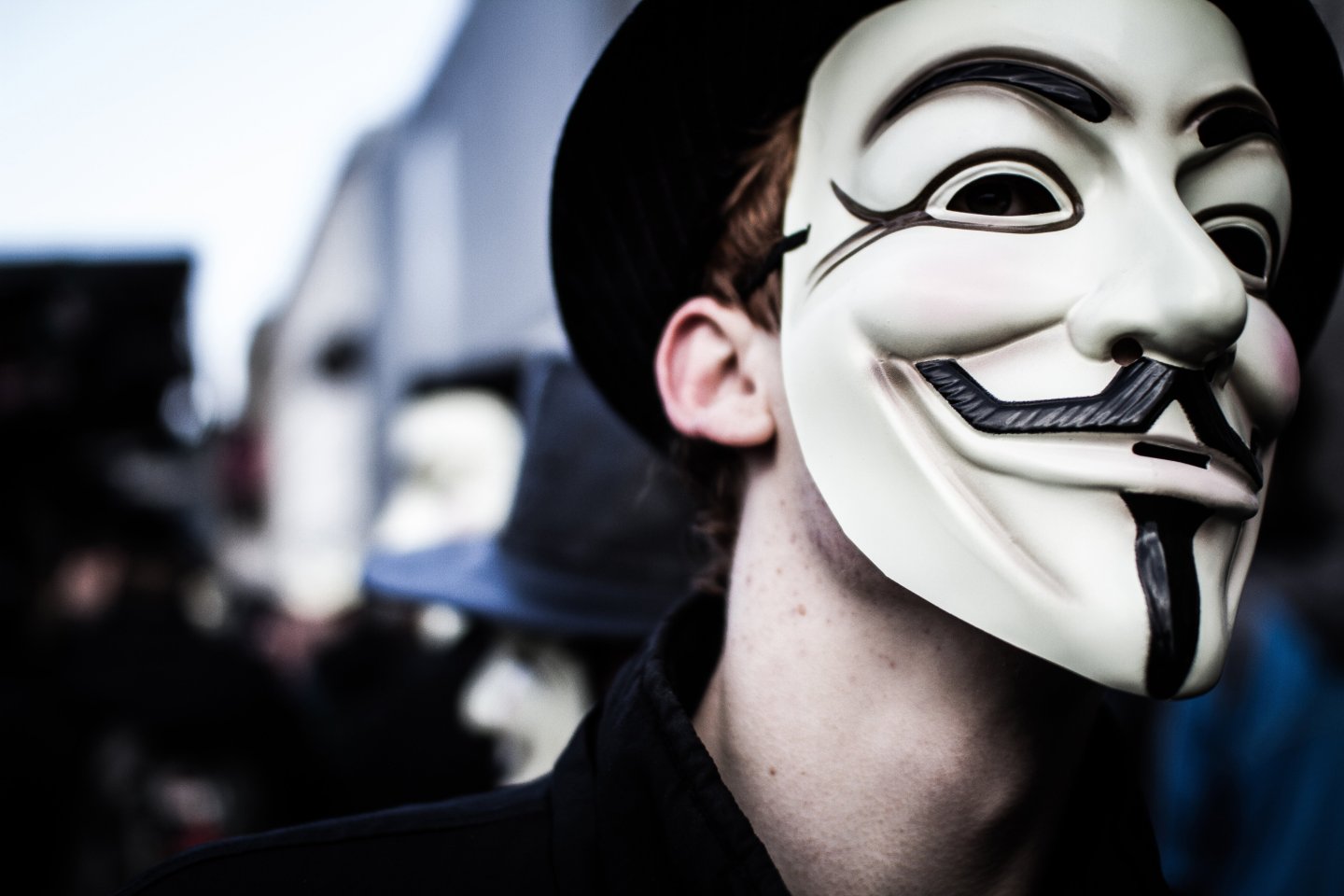 ISIS, the militant group that has taken credit for tragic attacks on Paris over the weekend, has opened a new front in a cyber war with Anonymous.

In a posting to Telegram, an encrypted chatting and social service similar to Facebook (FB)-owned WhatsApp, an account allegedly linked to ISIS sent out a public service announcement to all ISIS members warning them of a threat from Anonymous. The message, which was posted in English, criticizes Anonymous for even trying to target the militant group.

“The #Anonymous hackers threatened in new video release that they will carry out a major hack operation on the Islamic state (idiots),” the message says, according to Business Insider, which obtained a copy of it. “What they gonna hack?”

The message comes after tragic attacks in Paris beginning late Friday night left 129 dead and hundreds more injured. Soon after the attacks, Anonymous, the hacking collective that has targeted everything from governments to illegal pornography sites over the last decade, posted a video saying that it would launch its biggest cyber attack ever on ISIS in response.

“Expect massive cyber attacks,” a person representing Anonymous said in the video while wearing the organization’s signature Guy Fawkes mask. “War is declared. Get prepared. Anonymous from all over the world will hunt you down. You should know that we will find you and we will not let you go.”

While #OpParis has yet to respond directly to the ISIS message, the latest battle seems to be brewing over which group is smarter. Earlier today, Anonymous posted a message to Twitter saying that is, in fact, the smarter party.

“ISIS tries to stop us, but we’re smarter,” the #OpParis account reads.

In addition to warning ISIS members of a potential Anonymous threat, the Telegram message includes several instructions for members to follow in order to avoid a potential hack. Members of the militant group have been warned to use virtual private networks, or VPNs, to anonymize themselves on the Web. They were also urged to stay away from Twitter and not talk to anyone they may not know.

ISIS has a history fighting Anonymous. After the attack on Charlie Hebdo in January, Anonymous posted a video, saying that it would attack terrorists in connection with the killings. Soon after, Anonymous successfully took down tens of thousands of Twitter accounts suspected of ISIS connections. Anonymous also took down a dating site for ISIS members.

The latest attack, Anonymous has warned, will yield an even greater response.

So far, Anonymous has indeed gone after those accounts, as well as websites and e-mail addresses potentially connected to the militant group. The hacking collective seems to have its sights set firmly on disrupting ISIS.

For now, ISIS seems only ready to say Anonymous is dumb for attacking its members. Anonymous, meanwhile, tweeted yesterday an ominous message for ISIS, as it prepares for an all-out war.

“We’ve set up divisions now,” the Twitter account reads. “This should be much more effective. More to come.”

For more Fortune coverage of ISIS and Anonymous, watch this video: