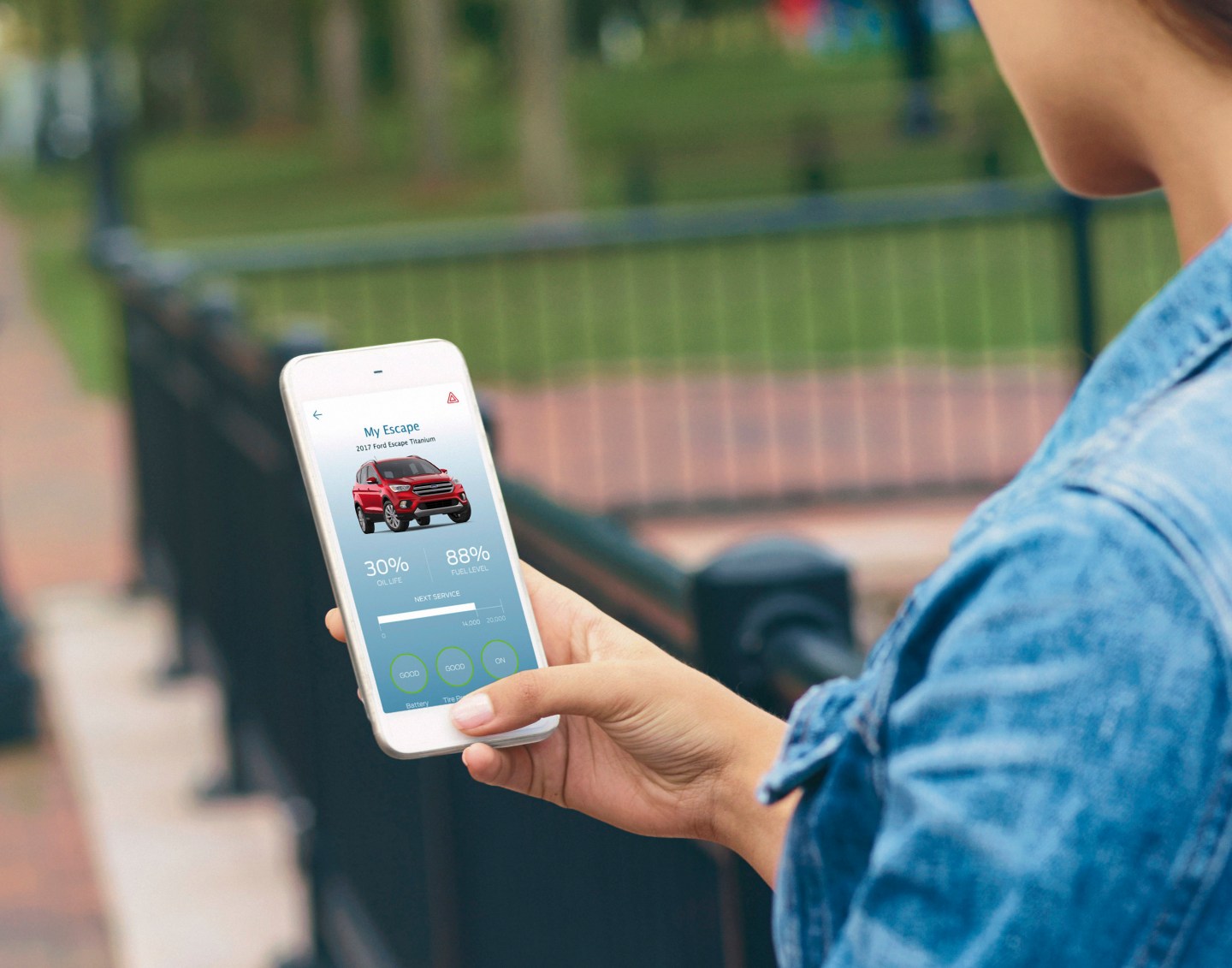 Ford Motor Co. has announced a new LTE-based service that will let drivers control car functions—such as unlocking and locking doors and remotely starting the engine—via a smartphone app.

The Sync Connect technology, which connects to a built-in modem inside the vehicle, will make its global debut in the new 2017 Ford Escape this spring with more vehicles to follow, announced the company at the Connected Car Expo and LA Auto Show. The new Ford Escape, which includes driver-assist technologies such as active park assist and a lane-keeping system, will also be unveiled at the LA Auto Show.

One of the car’s most interesting features is the ability to schedule your remote start, which could come in handy on cold, snowy days. Sync Connect will also let customers use their smartphone to check fuel, oil and battery levels as well as tire pressure readings. There’s also a vehicle location feature. Users can access the connected car tech via a two-step authentication process designed to protect personal information, after confirming setup on the vehicle touch screen and its mobile application.

Ford (F) says it will also offer five years of free complimentary service for the technology.

Ford execs are quick to note that Sync Connect will play a key role in Ford Smart Mobility—the company’s plan to deliver the next level in connectivity, mobility, autonomous vehicles, customer experience and big data. Although, Ford didn’t provide any additional information about what this next level might look like and when the public can expect it.

The company is increasing its resources and investment in mobility projects, which right now hovers at around 25 programs and includes an on-demand car-sharing pilot in London and Park Spotter, which leverages driver-assist sensors found in most Ford vehicles to search for open parking spaces. Data obtained from the sensors is uploaded to a cloud database and shared with other drivers, so they can can find their own parking spaces.

In the past year, several automakers—including GM, Hyundai and Mitsubishi—have announced plans to offer services from Apple CarPlay or Android Auto (and in some cases both), which lets drivers control car apps (such as Google Maps and Rdio) using their smartphone.

Meanwhile, Ford is committed to keeping Sync—the company’s in-car communications and entertainment system that lets you use your voice to make calls, listen to music, control car functions, and select apps through its AppLink technology—in future vehicles. Sync Connect will simply build off of Ford’s current system.

Ford also announced in June 2015 that a new version of Sync 3 will debut in Fiesta and Escape models. The Sync in-car system is now in 12 million vehicles around the world.

For more on Ford, check out the following Fortune video: