A Papa John’s Owner is Going to Jail 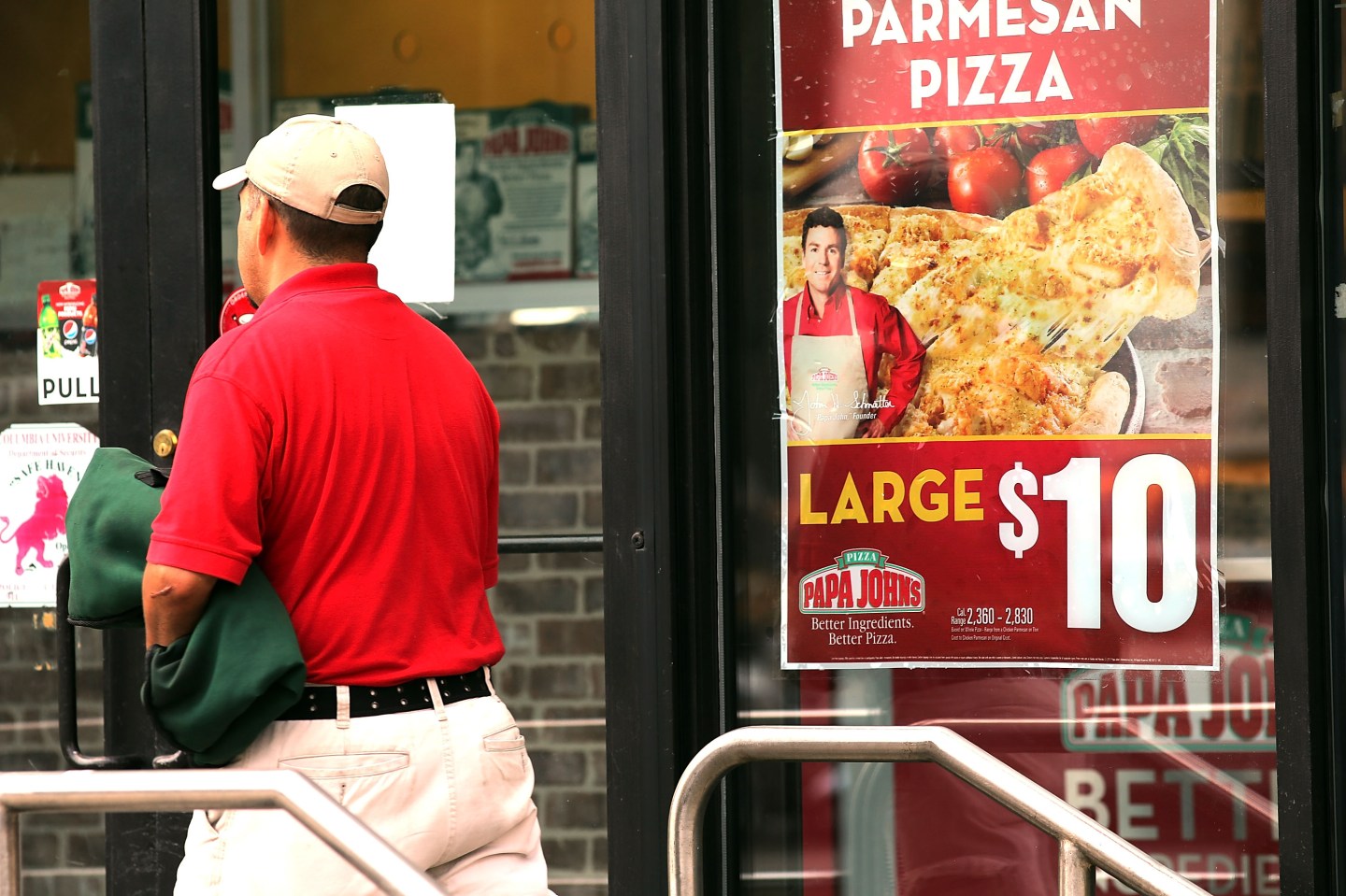 A Papa John’s franchisee received a jail sentence after being charged earlier this year with not paying workers minimum wage and with falsifying documents.

Abdul Jamil Khokhar, who owns nine Papa John’s locations in New York City with BMY Foods, pled guilty to failing to pay workers in compliance with the New York Labor Law, which is a misdemeanor, and to filing false business records, a felony.

As it’s stated on the Attorney General’s website, instead of paying his employees the proper minimum overtime wages according to New York State law, Khokhar paid them the same minimum wage they would make during regular hours. To hide this illegal practice, he created fake identities under which the employees would file their overtime hours to make it look as if they were distributed among more workers. As was previously reported by Fortune, this affected the wages of over 300 current and former employees.

A civil settlement secured by the U.S. Department of Labor in July of this year required Khokhar to pay $230,000 in damages and $50,000 in civil monetary penalties. He must also pay an additional $230,000 in back pay and spend 60 days in jail, as was agreed upon during his sentencing as part of his plea deal.

Attorney General Eric Schneiderman said in a statement, “My office will do everything in its power to protect the rights of New York’s workers and make sure that all employers – including fast food restaurants – follow the law.”

Papa John’s could not immediately be reached for comment.