In the Wake of Attacks on Paris, Questions About America’s Safety Arise 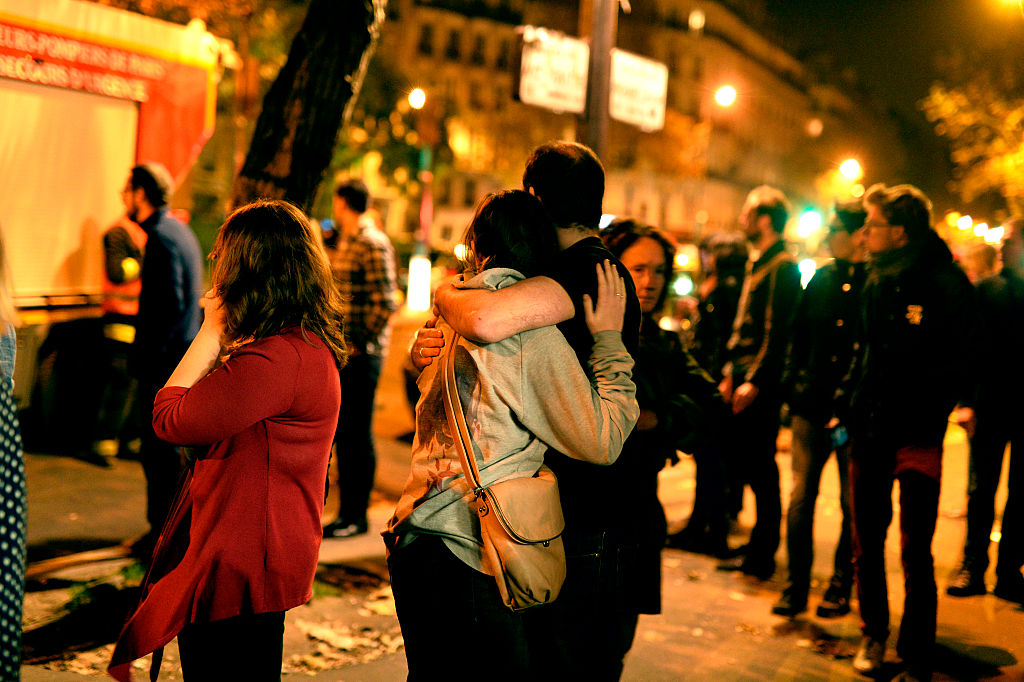 PARIS, FRANCE - NOVEMBER 13: Parisians look at the scene outside the Bataclan concert hall after an attack on November 13, 2015 in Paris, France. According to reports, over 120 people were killed in a series of bombings and shootings across Paris, including at a soccer game at the Stade de France and a concert at the Bataclan theater. (Photo by Pascal Le Segretain/Getty Images)
Photograph by Pascal Le Segretain — Getty Images

France’s president, François Hollande, has blamed ISIL (the Islamic State of Iraq and the Levant) for the attacks and called it an “act of war.” ISIL has claimed responsibility for the incident.

The coordinated attacks on concert halls and cafes have led to a reported 128 deaths. French monuments and Disneyland Paris are closed for the day as the city recovers. The French government has set up a web site to help find missing people. People are using social media to find lost ones and share their stories of horror and restore others’ faith in humanity.

Cities in the U.S. lit their buildings in solidarity with the French capital even as their police forces prepared for similar attacks in their own cities. According to CNN, police in Washington D.C., Los Angeles and New York City stationed extra offers around potential targets such as airports, nightclubs and locations associated with France.

However, the Department of Homeland Security and the Federal Bureau of Investigation issued a joint statement Friday night saying that they don’t believe a threat to cities in the U.S. exists. CNN reports that even this morning, the two organizations are still acting under the assumption that the U.S. isn’t a target, although they are still trying to gather information about the attacks.

The Department of Homeland Security and the Federal Bureau of Investigation are closely monitoring events in Paris and we are in contact with our counterparts in the region. At this time, we know of no specific or credible threats of an attack on the U.S. homeland of the type that occurred in Paris tonight.

Those in France are less optimistic. Jean-Louis Bruguière, a former French judge and an expert on terrorism told the New York Times that the U.S. would likely be a target.

We’ve taken a huge hit. Today we are unfortunately considered the principal enemy. This is only the beginning. We’ve entered a new phase that is going to resemble September 2001. And the U.S. will be hit.