Facebook and Apple’s News Offerings Are Suffering From Growing Pains 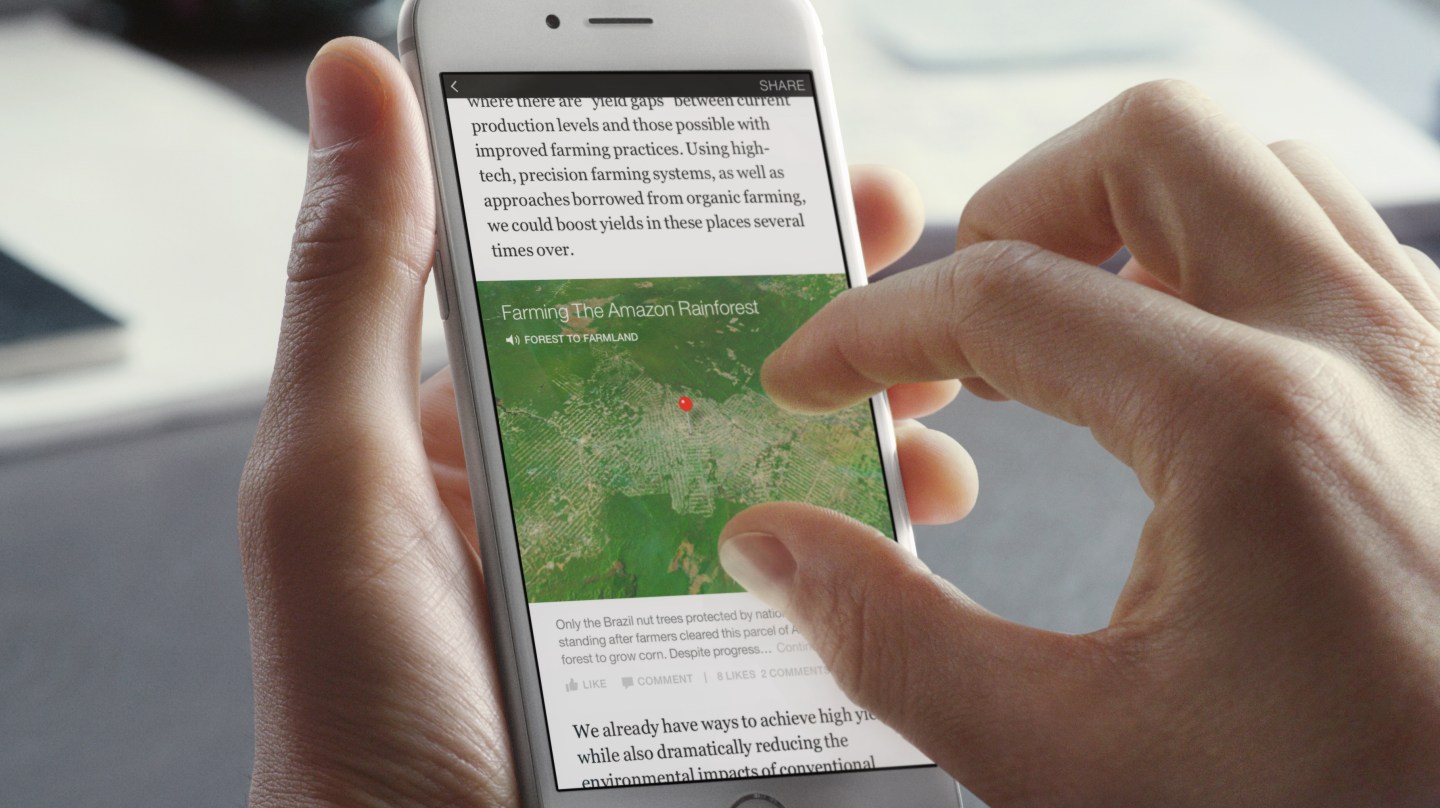 There are larger, philosophical questions about ventures like Facebook’s Instant Articles and Apple’s News app—both of which are trying to bring publishers further into their ecosystems—and whether media should be wary of them or not. And then there are more pragmatic questions about whether these apps and features are working the way they are supposed to. On that front, some publishers seem to be less than enthusiastic.

Time Inc. CEO Joe Ripp, for example, said recently that he was somewhat underwhelmed by the performance of the company’s content in Apple’s News app (Time also owns Fortune). On the company’s earnings call, Ripp said: “To be frank, I’m disappointed by ad revenue coming in from the Apple site.”

According to Digiday, Ripp isn’t the only publisher or media company executive who is unimpressed with what Apple News has been doing so far. Others—who didn’t want to talk on the record because they were afraid of damaging their relationship with the all-powerful consumer electronics company—have also said that their results from Apple News have been lackluster at best.

“The traffic is underwhelming,” one publisher told Digiday. Another added “they’re not generating a ton of views or traffic, and the data they provide is basically nonexistent. They claim they’re working out kinks, and they probably will. I’m disappointed.” A third said Apple’s service wasn’t properly configured for media companies to get analytical data that could be used by services such as comScore, which is crucial for advertising. “We got delayed data on usage, and it’s still very limited, and selling ads isn’t easy,” the executive told Digiday.

MORE: CNN Is Rebooting Its iReport Site Thanks to Social Media

In particular, some publishers have complained that they are unable to get as much advertising revenue from their Instant Articles as they could if those stories were hosted on their own sites instead of on Facebook’s platform. Part of the problem, according to a report in the Wall Street Journal, is that Facebook placed restrictions on the kinds of advertising that publishers could use within Instant Articles.

For example, publishers were not allowed to use more than one “banner” style ad of 320 by 250 pixels for every 500 words of content for a Facebook article, but on their own sites they might use three or four for the same amount of content. It also wouldn’t allow publishers to use what the industry calls “rich media” ads—ads that contain moving images or other flashy, eye-catching gimmicks. Those are also commonplace on most news websites.

The tension for both Apple (AAPL) and Facebook (FB) is fairly obvious: They want to convince publishers to host articles inside their ecosystems so they can use that content to attract more users and keep them engaged longer. And the trade-off is supposed to be that those publishers and media companies gain reach (i.e., traffic or readers) as well as advertising revenue. If neither of those things is happening — or at least, not happening enough to make it worthwhile—then it’s hard to justify devoting all that time to the project.

According to the Journal, Facebook is working on new rules that will give publishers more leeway when it comes to using different types of advertising. But the whole point of having Instant Articles in the first place is that most mobile news sites are dragged down by ad-heavy pages that irritate users and slow the loading time of a page. If Facebook allows publishers to just add all of the same kinds of things that made their own sites less appealing in the first place, then Instant Articles will quickly become useless.

For more Fortune coverage of Facebook, watch this video: