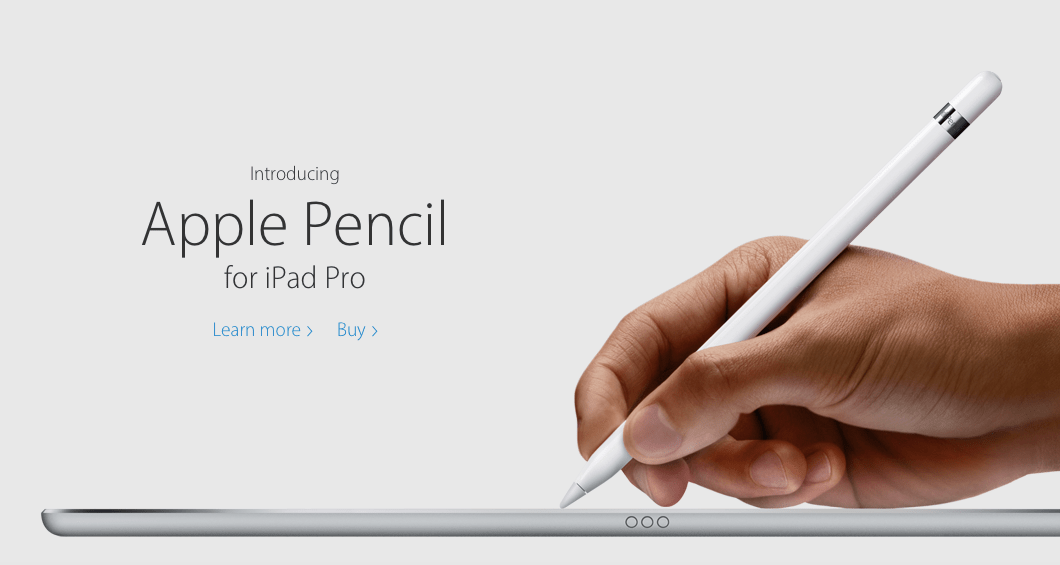 Tim Cook may not have done Apple’s (APPL) jumbo-sized iPad Pro any favors by suggesting over the weekend that it could replace a PC. His remarks, taken out of context, became the starting point for many of the reviews that landed in my inbox overnight.

Walter Mossberg, The Verge. Graphics Folks Will Love it, but I’m Sticking With My iPad Air. You’d think an iPad guy like me would be over the moon about the iPad Pro, despite its hefty base price of $799 for a Wi-Fi-only model with 32GB of memory, which stretches to $949 with 128GB of memory, and soars past $1,000 with cellular capability. But I’m not.

Joanna Stern, Wall Street Journal. Jack of All Trades, Master of Most. Like Microsoft ’s Surface, in whose footsteps it follows, the iPad Pro shows us a future where a single screen can be our go-to computer. As the better half of a laptop, it enables traditional forms of computing, while apps and accessories give it new purposes as needed. For now, the Pro does some things incredibly well—far better than the competition. But as Apple sketches out the future of its computers, some aspects of the iPad Pro just scream, “First generation!”

John Gruber, Daring Fireball. The iPad Pro. Scrolling through a long document using the iPad Pro touch screen is uncomfortable when it’s in laptop position. Going through a slew of new emails, likewise. In laptop mode, I want to use the keyboard for these things—and in most cases, because of bugs and/or software limitations I can’t. That the keyboard falls short in these cases is even worse on iPad than it would be on a MacBook, because a MacBook has a trackpad. The point is, if my fingers are on the keyboard, I don’t want to move my hands. With a trackpad, I don’t have to. With the iPad Pro, I do.

Andrew Cunningham, Ars Technica. There’s Some Promise Here, but iOS Makes This a Very Different Kind of Computer. It’s best to think of the iPad Pro as a starting point, especially for iOS 9. These multitasking features are still brand-new, and there’s a lot of low-hanging fruit to pick in future iOS 9 revisions and into iOS 10. My biggest gripes with the iPad Pro are with the software rather than the hardware, and that means that most of them can be fixed given enough time and enough feature requests. It took Microsoft three tries to really nail down the Surface Pro concept, and given a couple of iOS updates the iPad Pro has room to grow into a more versatile laptop replacement without necessarily giving up the things that people like about iOS. For the rest of us, there’s still the Mac.

Nicole Nguyen, BuzzFeed. It’s Terrible in Bed, but Great Everywhere Else. The iPad Pro isn’t for me but it’s still a fantastic tablet. Arm fatigue is real. I started using the Apple Pencil as a selector because I was so tired of lifting my wrist. Apple founder Steve Jobs actually said it best in 2010: “After a certain amount of time, your arm wants to fall off … it’s ergonomically terrible. Touch surfaces are meant to be horizontal.” I write words for a living, and so I love keyboards. Unfortunately, long-term keyboard-iPad use makes me want to dunk my hand in an ice bucket. But as a digital notebook, the iPad Pro is amazing. I just don’t need that right now. But you might.

Horace Dediu. Asymco video. The New iPad is Like Nothing We’ve Ever Seen Before. What does it mean to have an iPad that you use in a fixed location, not in a mobile setting? You certainly can’t work with it with one hand. You can’t even work with it with two hands if you’re standing up because you can’t reach all of the screen while holding it at the same time… This is actually a completely new category. It is a product for you to create on. It is a product designed with the notion that people want to make things. It is certainly an exceptional product for that purpose because of this [the Pencil.]

Sam Grobart, Bloomberg Business. The iPad Pro: Bigger. Better? I would venture to say that, while not everyone uses tech the way I do, many—maybe even most—people do. We read things on the Web, we check e-mail, we write things. For those kinds of activities, a laptop is still the most elegant answer to the questions we have. The iPad Pro has a bit of feature creep around it. It’s a tablet! With an attachable keyboard! And a stylus! It’s extremely good at all those things—I’m just not that interested in the things it’s good at.

David Pogue, Yahoo Tech. One Spectacular, Very Productive Copycat. If you can get past its size and its price—and not everybody can—you will be crazy about the iPad Pro. The screen is vast and flawless. The speakers are shockingly loud and clear. (There are four, one on each corner, and the high frequencies always come out of the top speakers, no matter how you rotate the iPad.) And the whole thing is impressively thin and lightweight. What about Apple ripping off the whole concept from Microsoft (MSFT) ? Well, if you want an iPad Pro, and you’re already part of Apple’s ecosystem (you own a Mac or an iPhone, for example) then here’s a suggestion. Bring home your gorgeous iPad Pro. Pull it out of its excessive, snow-white packaging. Say, “Look at that! Seems to have been inspired by the Microsoft Surface!”… and then get happily down to work.

Federico Viticci, MacStories. A New Canvas. The iPad Pro is positioned as a more productive take on the iPad for those who need to get work done on it. My recommendation couldn’t be more straightforward: If iOS is your main computing platform, or if you plan to turn an iPad into your primary computer, you’ll want an iPad Pro. Its powerful hardware, multitasking interface, and extensible nature are superior to every other iPad. I don’t see myself using a Mac as my primary computer ever again.

For more on Apple technology, check out the following Fortune video: