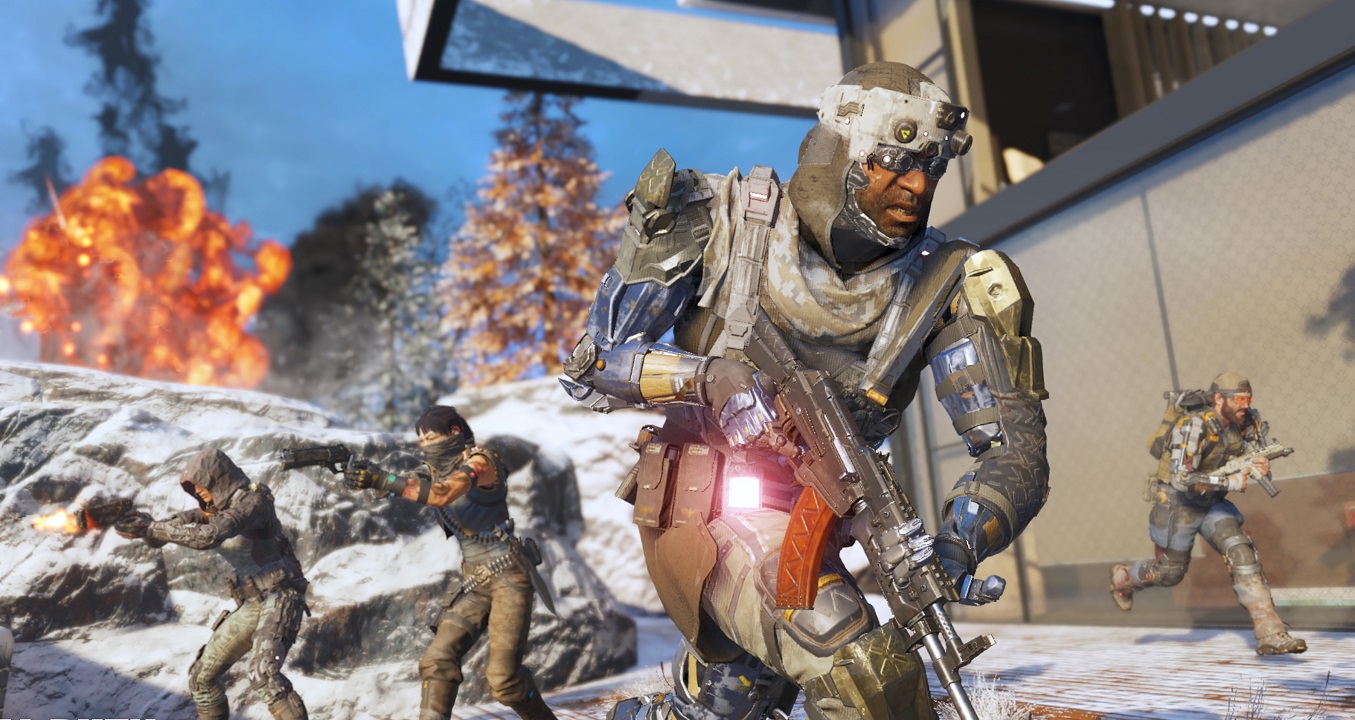 Activision Blizzard has another $1 billion Call of Duty hit on its hands, if analyst forecasts are correct. Developer Treyarch’s Call of Duty: Black Ops 3 generated over $550 million in worldwide sales in its first 72 hours.

Activision Blizzard CEO Bobby Kotick said in a statement that Call of Duty: Black Ops 3 is the biggest entertainment premiere this year in any medium, and bigger than any theatrical opening weekend ever.

While it’s not the biggest Call of Duty debut of all time (that honor goes to Treyarch’s Call of Duty: Black Ops 2, which broke the $500 million mark in just 24 hours in 2012), Wedbush Securities analyst Michael Pachter says the game is on track to sell 22 million copies year. That is up 20% over sales last year of Sledgehammer Games’ Call of Duty: Advanced Warfare.

Black Ops 3 is on track to be the sixth consecutive Call of Duty game to break the $1 billion mark. During the three-day opening, worldwide sales rose significantly over the previous two years to a new franchise mark as digital downloads of the game nearly doubled from a year ago. On Sony’s PlayStation 4, Black Ops 3 set a new record as the best-selling digital full game by units sold in its first day of availability in PS4 history.

According to John Taylor, video game analyst at AIC Research, over the past few years Call of Duty retail sales have declined during the initial release, partly because more gamers download the games directly these days rather than buying physical copies. Another factor is that because the audience has grown so large, sales have spread out more through the holidays as people wait to get the game as a gift.

“This year’s launch, based on Activision’s press release, appears to be an uptick from recent years, although we really don’t know what the retail compare is,” Taylor says. “The fact that digital doubled suggests we could see a retail volume decline year-over-year, but that doesn’t really reflect the health of the franchise.”

Joost van Dreunen, CEO of SuperData Research, says the Call of Duty franchise continues to perform well and shows growth on the digital side as total revenues within the first 12 months continue to increase with each edition. Digital sales have risen from $235 million in 2009 with Infinity Ward’s Call of Duty: Modern Warfare 2 to $554 million last year with Sledgehammer Games’ Call of Duty: Advanced Warfare.

According to Activision (ATVI), fans played more than 75 million hours of Black Ops 3 online. Activision Publishing CEO Eric Hirshberg said in a statement that people are playing Black Ops 3 for more hours per player than any Call of Duty game on record.

And yet Sartori Bernbeck, manager of the EEDAR Insights & Analytics team, says Treyarch has been adept at handling the huge number of users who flood into the game in the opening week.

“In a market where other multiplayer-centric titles still struggle with having a smooth launch, Black Ops 3 is a great example to look at for proper execution,” Bernbeck says.

In today’s age where more consumers watch people play video games than actually play, Black Ops 3 established new marks in viewership as the No. 1 most streamed and most viewed game of any game launch in 2015, as reported by Amazon-owned livestreaming network Twitch.

Black Ops 3 introduces new features like an instant Live Event option that lets fans watch eSports competition from within the game. This will play a key role as Activision rolls out its new internal eSports tournament structure for 2016 and beyond with the expanded Call of Duty World League that will award teams over $3 million in cash prizes next year.

Bernbeck believes the changes to online multiplayer gameplay that Treyarch has made could give Activision an advantage in strengthening its reach in the PC gaming market. That market is currently dominated by another first-person shooter, Valve’s Counter-Strike: Global Offensive.

Taylor says the eSports potential for Black Ops 3 is significant, as there is already a huge fan base that may be interested in seeing how the pros play it.

For more about video games, watch this Fortune video: