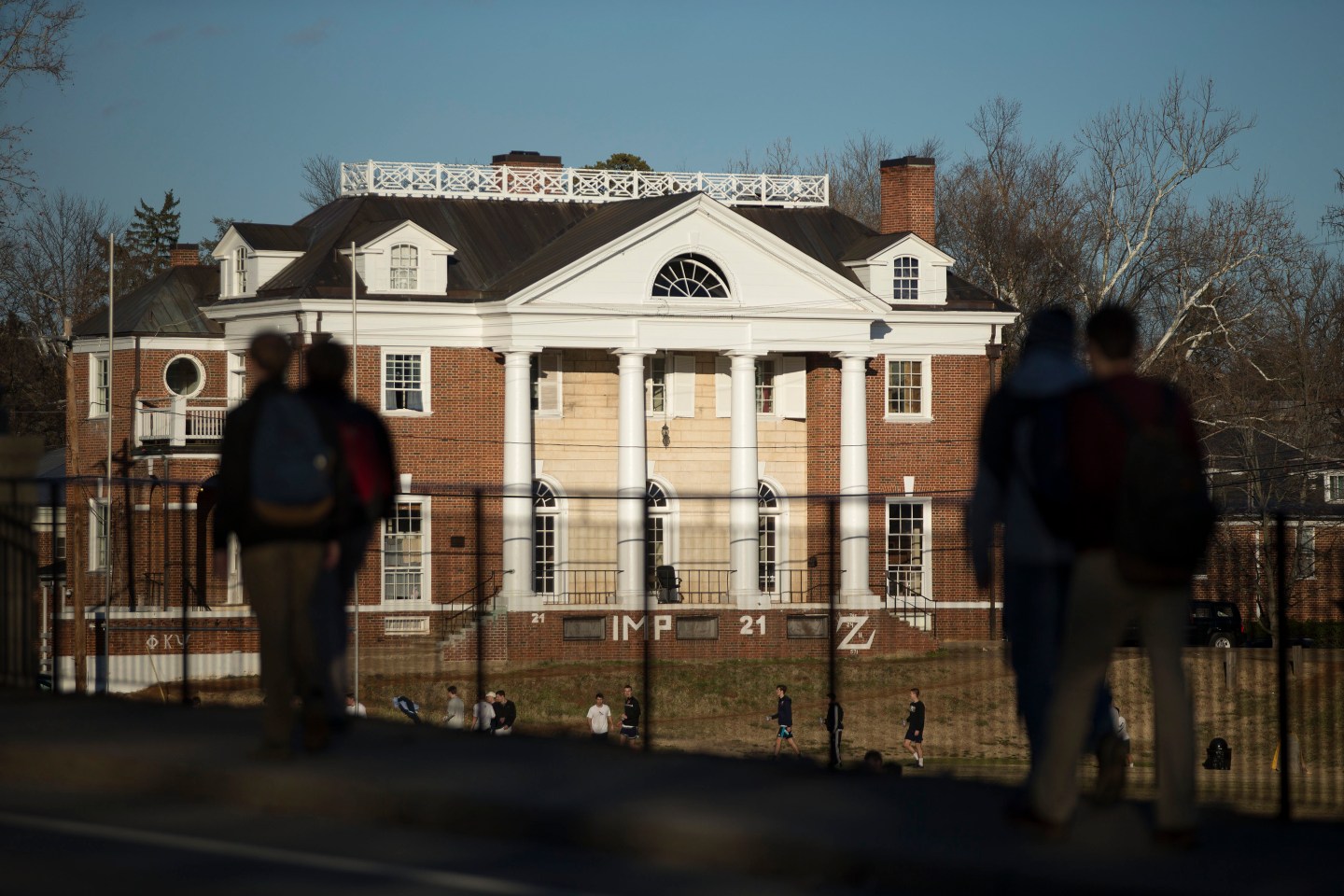 Students walk near the Phi Kappa Psi fraternity next to the University of Virginia (UVA) campus in Charlottesville, Virginia, U.S., on Friday, Jan. 16, 2015. This year's rush week at UVA, the prolonged annual rite in which fraternities and sororities recruit new members, carries fresh significance. Depending on who you talk to, the student rituals embody either an unchecked culture of sexual violence or a community victimized by stigma and false accusations. Photographer: Andrew Harrer/Bloomberg via Getty Images
Photograph by Andrew Harrer — Bloomberg via Getty Images

The University of Virginia fraternity that was implicated in an explosive Rolling Stone article have officially filed a lawsuit against the magazine and the writer, seeking $25 million in damages.

The Phi Kappa Psi chapter had announced in April that it was planning to take legal action, calling Rolling Stone’s 2014 article alleging a campus gang rape “reckless.” The article, titled “A Rape on Campus,” had claimed that a UVA freshman–identified only as “Jackie”–had been brutally raped by seven frat brothers at a campus party.

The lawsuit claims “Rolling Stone knew that Jackie had exhibited behaviors throughout the entire reporting process that were suspicious and damaging to her credibility.” The plaintiffs accuse the magazine of knowingly publishing false claims and failing to verify Jackie’s accusations. They allege that Rolling Stone was actively searching for sexual assault stories at prestigious schools and had rejected others that were possibly more credible because they were too “normal.”

The article was retracted in April following two investigations. The first, conducted by the Columbia University School of Journalism, found that Sabrina Rubin Erdely, who authored the article, and the editors had failed to follow basic journalistic safeguards. The second, conducted by the Charlottesville Police Department, concluded that there was no evidence that a gang rape occurred.

Rolling Stone didn’t respond immediately to a request for comment.