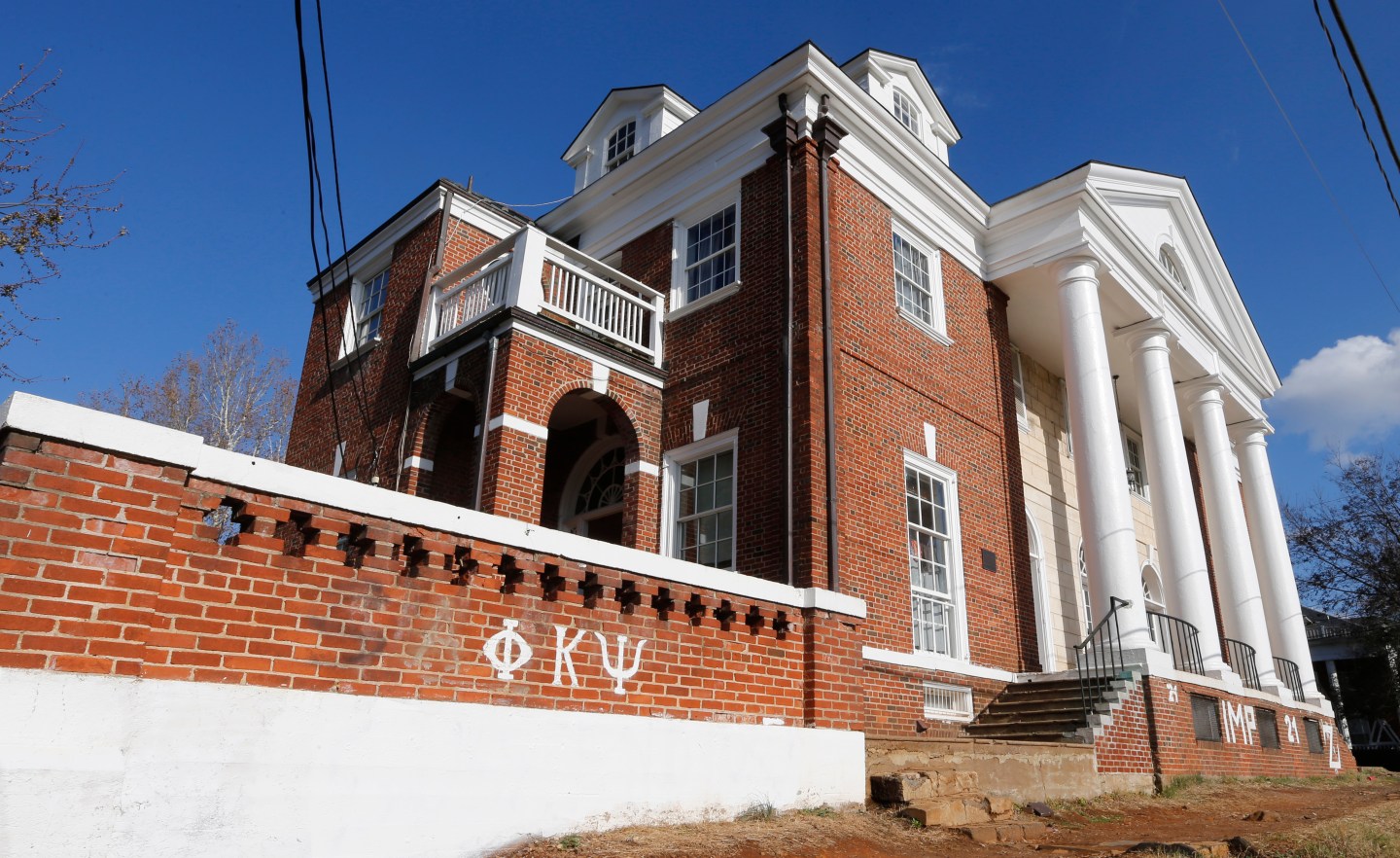 The Phi Kappa Psi fraternity house at the University of Virginia in Charlottesville, Va., Monday, Nov. 24, 2014. A Rolling Stone article last week alleged a gang rape at the house which has since suspended operations. (AP Photo/Steve Helber)
Photograph by Steve Helber — AP

The University of Virginia fraternity chapter at the center of Rolling Stone magazine’s retracted article “A Rape on Campus” said on Monday that it planned to sue the magazine for what it called “reckless” reporting that hurt its reputation.

The chapter of Phi Kappa Psi said in a statement that it would pursue all available legal action, a day after a team from the Columbia University Graduate School of Journalism concluded the magazine failed to follow basic journalistic safeguards in publishing the story.

“Clearly our fraternity and its members have been defamed, but more importantly we fear this entire episode may prompt some victims to remain in the shadows, fearful to confront their attackers,” Stephen Scipione, the president of the fraternity chapter in Charlottesville, Virginia, said in a statement.

Rolling Stone did not immediately respond to requests from Reuters for comment. The magazine is owned by Jann Wenner, who founded it in 1967 primarily to cover music and culture.

Lawyers with expertise in libel and defamation law have been divided on whether Phi Kappa Psi or its members at the university were in a strong position to sue.

A spokesman for the fraternity said he did not know what would be in the planned lawsuit, or when the fraternity’s lawyers would file it.