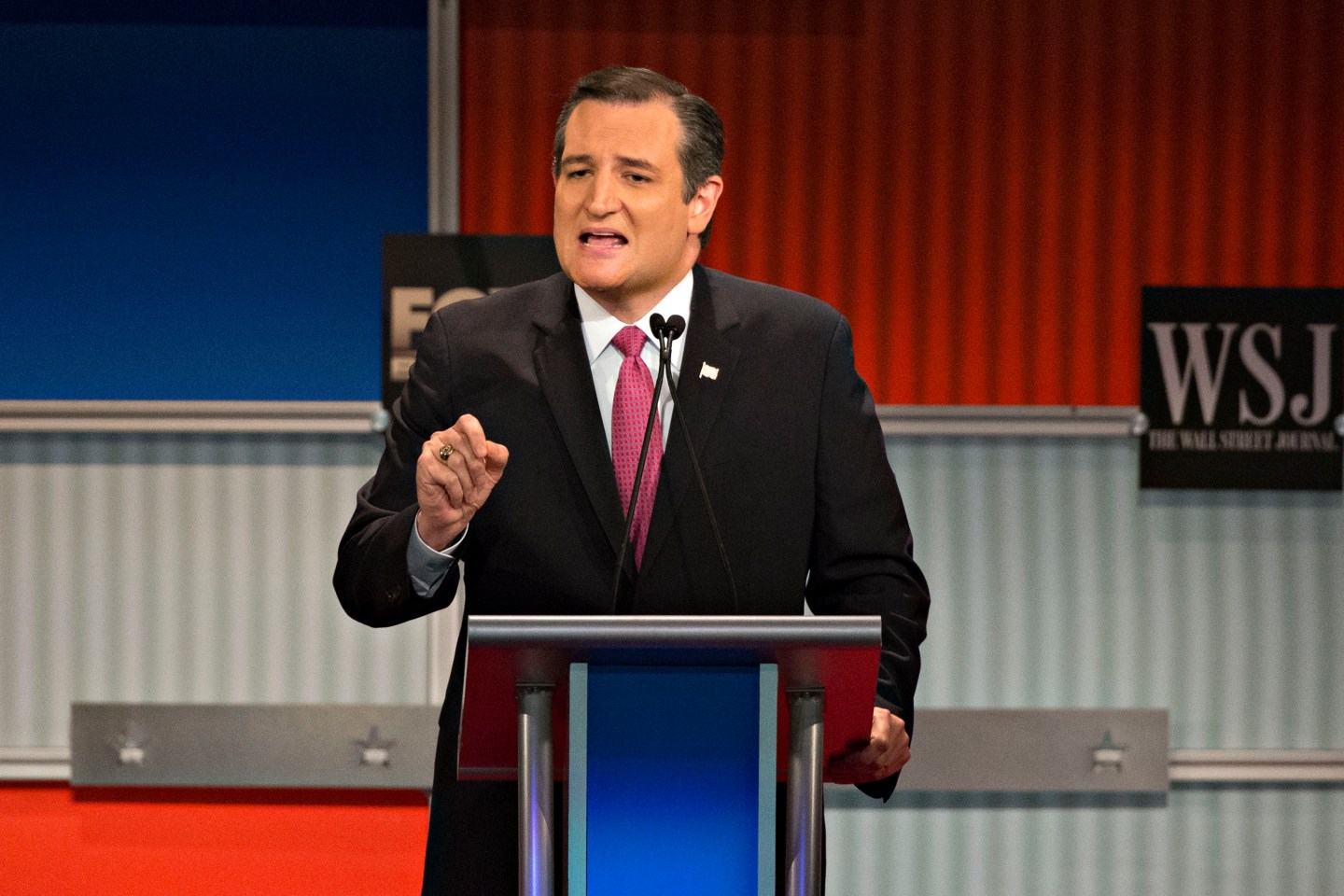 For those Americans hoping for more detail on the Republican presidential candidates’ economic plans, Tuesday night’s debate on the Fox Business channel was a welcome treat.

Then again, the debate stage isn’t always the best format to communicate the nuances of the radical changes to the federal tax code that most of the GOP hopefuls are proposing. For instance, Ted Cruz batted away an accusation that his plan to cut income and corporate taxes would cost too much by pointing to the right-leaning Tax Foundation’s “dynamic” analysis, which shows that it would increase the deficit by “just” $768 billion over the next 10 years.

While that sounds like a lot, it is actually the second cheapest plan the Tax Foundation has analyzed, next to Rand Paul’s, which the group estimates would actually create a surplus of $737 billion over a 10-year period.

One of the main reasons this group likes the Cruz and Paul plans so much is that they institute so-called “value added” taxes, which are very popular in more statist economies like France or Denmark. These taxes, unlike sales taxes that are popular on the state and local levels, are paid by every business on their revenue minus capital investments and purchases of raw materials. In this way, businesses are taxed on the value they add to a product in the production chain.

Many economists, like those at the Tax Foundation, see these sorts of taxes as much more efficient than corporate income taxes or payroll taxes, which discourage investment and work, respectively.

If this sounds familiar to Republican voters, that’s because a VAT tax was a pillar in Herman Cain’s 9-9-9 tax plan presented during the Republican primaries four years ago. It’s a plan that has come under fire by tax hard liners like Grover Norquist, who have argued that a value added tax would give big government just another pot of money to draw revenue from. As Norquist wrote back in 2010:

What is a VAT? Put simply, a VAT is a European-style sales tax. It’s assessed on the profits generated at every stage of production (raw material, manufacturer, wholesaler, retailer, etc.), so there is constant reporting and payment. As such, it’s an extremely efficient money machine for big government. The VAT is embedded inside the price of a good (as opposed to the U.S., where sales tax is transparent and on top of the price). As such, people forget they pay it, and European governments have found it too easy to raise the tax repeatedly over time.

This line of thinking on the VAT—that it may be economically efficient, but just too easy for politicians to raise—has been popular in the Republican Party for years. But there are few candidates in the Republican field who have clearer records against government spending than Cruz and Paul. In other words, we might be watching the beginning of the right’s embrace of this sort of tax, which is so common across the rest of the developed world.