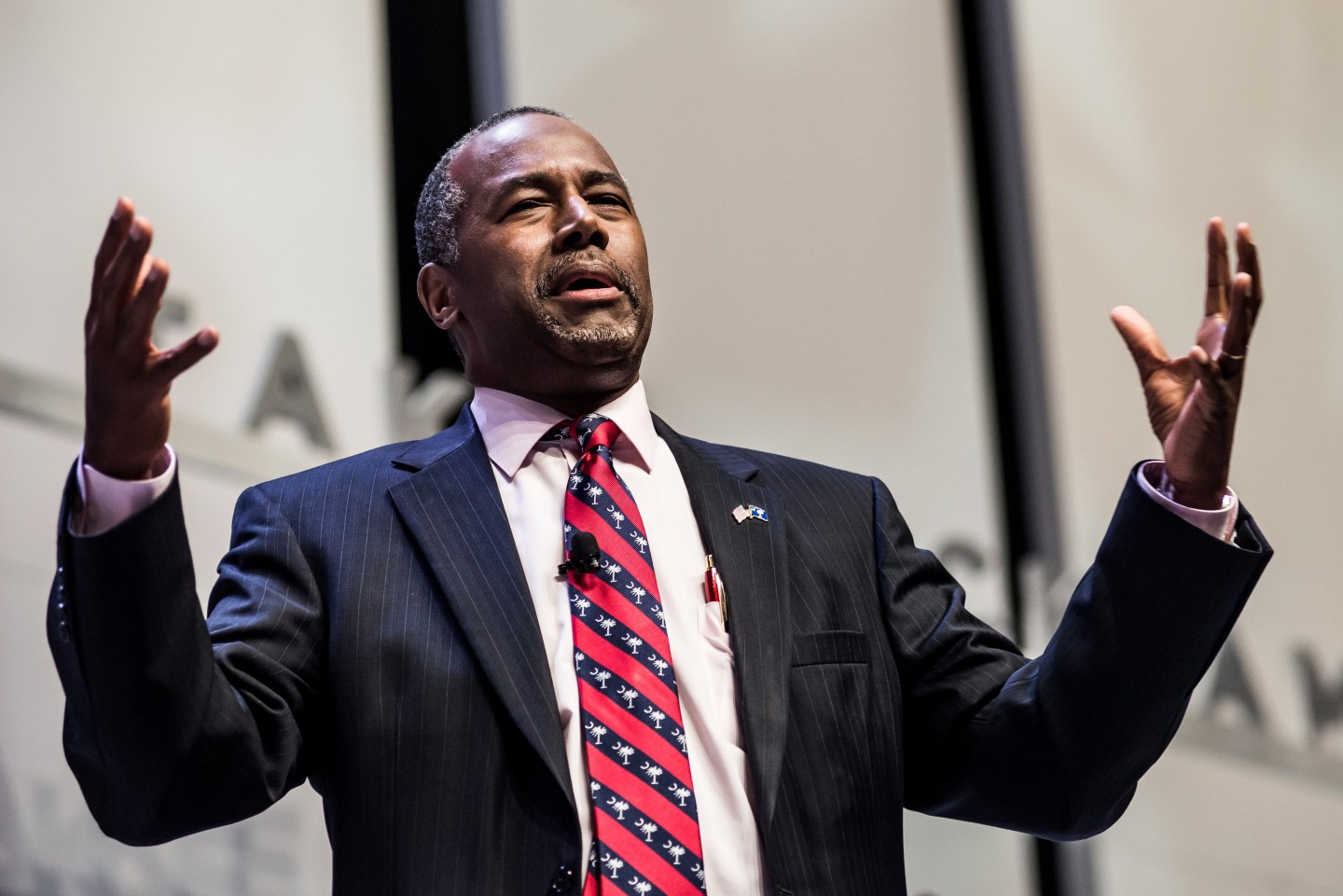 In the second Republican presidential debate in September, retired neurosurgeon Ben Carson put some space between himself and the other GOP contenders by voicing support for exploring a higher federal minimum wage.

On stage at the second debate, Carson said that he was ”probably” or “possibly” in favor of raising the federal rate, which has been stuck at $7.25 since 2009. “I think we need to get both sides of this issue to sit down and talk … and negotiate a reasonable minimum wage.”

Carson even went a step further and suggested tying the minimum rate to inflation so it would adjust automatically each year. “[W]e should index [the new federal minimum wage] so that we never have to have this conversation again in the history of America,” he said.

Those comments represented a rather radical stance for a Republican, as the party loyal typically defer to market forces—not the federal government—to dictate how much employers pay their workers.

When asked again about the minimum wage at the fourth Republican debate on Tuesday night in Milwaukee, Carson backpedaled out of the liberal territory he’d tiptoed into.

When asked explicitly if he would raise the minimum wage, Carson replied, “I would not raise it.”

Moderators from Fox Business and The Wall Street Journal launched the contest by asking candidates whether they were sympathetic to Tuesday’s nationwide protests organized by the Fight For $15 movement, which demands at least $15 an hour for low-wage workers.

In his response, Carson recalled one of his first jobs as a laboratory assistant. “I would not have gotten that job if I was paid a large amount of money,” he said. “Every time we raise the minimum wage, the number of jobless increases.”

He said his lab assistant job gave him real-world experience, made him a responsible individual, and allowed him to ascend “the ladder of opportunity.” He added: “That’s what we need to focus on—not how do we give them everything and keep them dependent.”