Target Says Shopping on Thanksgiving is Now a Tradition 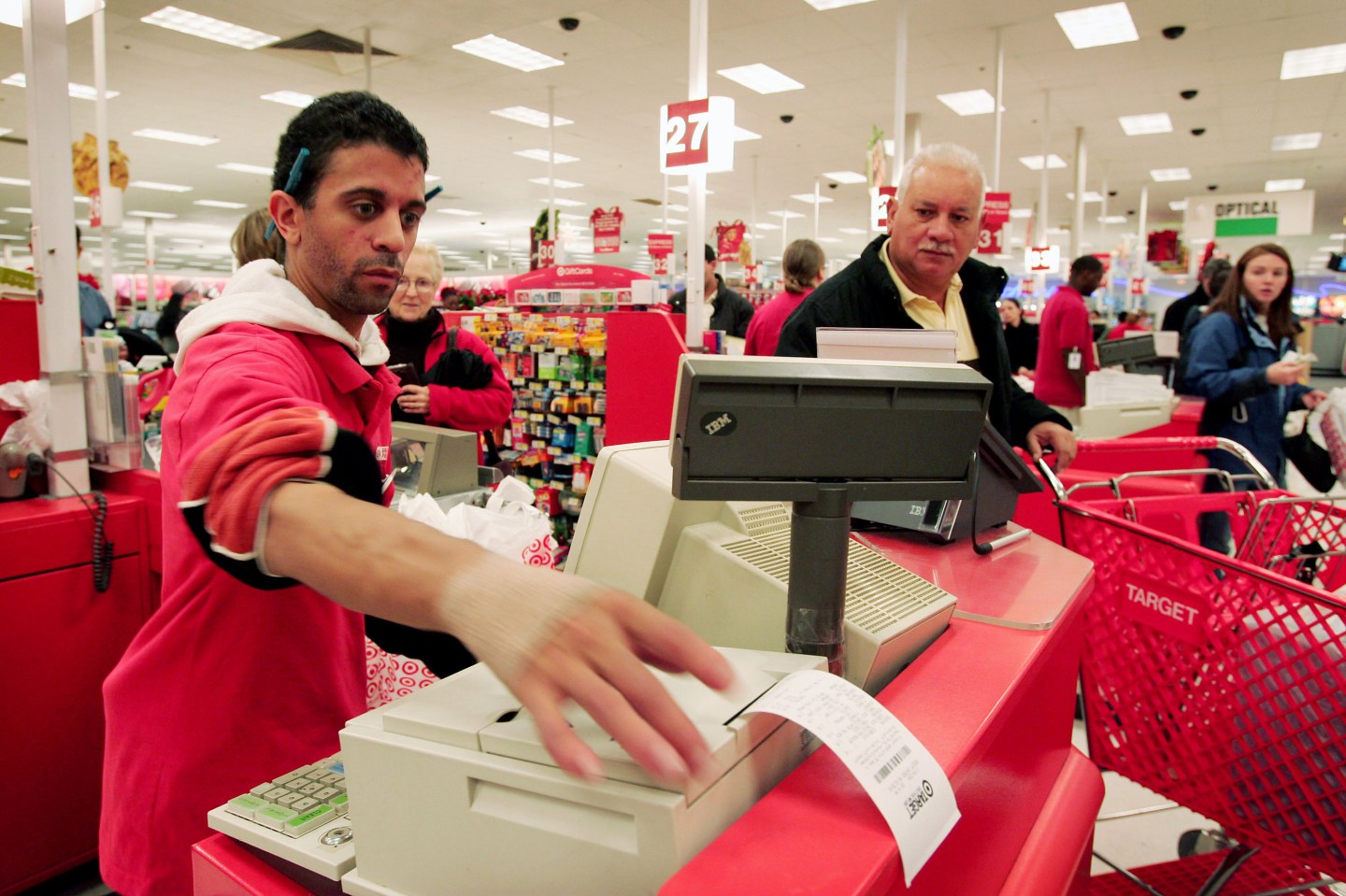 Target (TGT) is opening its doors at 6 p.m. on Thanksgiving, marking the fourth year in a row the discount retailer will kick off the Black Friday madness on Turkey Day.

At least those who bemoan shopping’s encroachment on the holiday can take solace in knowing that it looks like “Black Friday” creep is over: Target’s opening time, like Macy’s (M), is no earlier than the preceding year’s for the first time in five years. (Walmart, (WMT) which gets 55% of revenue from grocery sales, has long been open on Thanksgiving afternoon but starts its Black Friday deals later in the day.)

Target, which was the object of an online petition in 2011 pleading with it not to open on midnight that year, first opened on Thanksgiving proper in 2012, at 9 p.m., then 8 p.m. a year later, and then at 6 p.m. last year. Other retailers, engaged in an arms race, also moved up their opening business hours during that time.

The early openings yielded mixed results for many stores. In many cases, the move simply shifted the timing of sales rather than enlarging the Thanksgiving retail pie altogether. And it seems that stores are now hitting a holiday shopping wall. A consumer might want to escape her mother-in-law right after the Thanksgiving feast, but most people still have to endure the afternoon meal. So, earlier starts will likely deliver a limited effect. And as Fortune recently reported, an ICSC survey found only a small minority (12%) of shoppers even want to go to stores on Thanksgiving.

Still, hitting stores after dinner proved a boon to shoppers who didn’t like the idea of going during the overnight hours, and it brought in a new cohort of customers. Last year, Target had a strong holiday season quarter, with comparable sales up 3.8%. (Much of that boost had to do with the data breach a year earlier, which decimated sales and thus makes comparisons easier.)

“Six p.m. continues to be the right opening time for us,” Target Chief Stores Officer Tina Tyler told reporters on a media briefing. “It felt good to us last year to be able to allow those family traditions to take place around Thanksgiving, but also let shopping be part of it,” she added.

Still, Target is not banking on everyone wanting to come to stores on the holiday. For the second year, the retailer will offer its Black Friday deals online during Thanksgiving morning. And to combat the lull between the Thanksgiving and Black Friday weekend and the week before Christmas, Target will offer shoppers who spend at least $75 on Black Friday (Nov. 27) a 20% discount they can use on a purchase between Dec. 4 and Dec. 13.