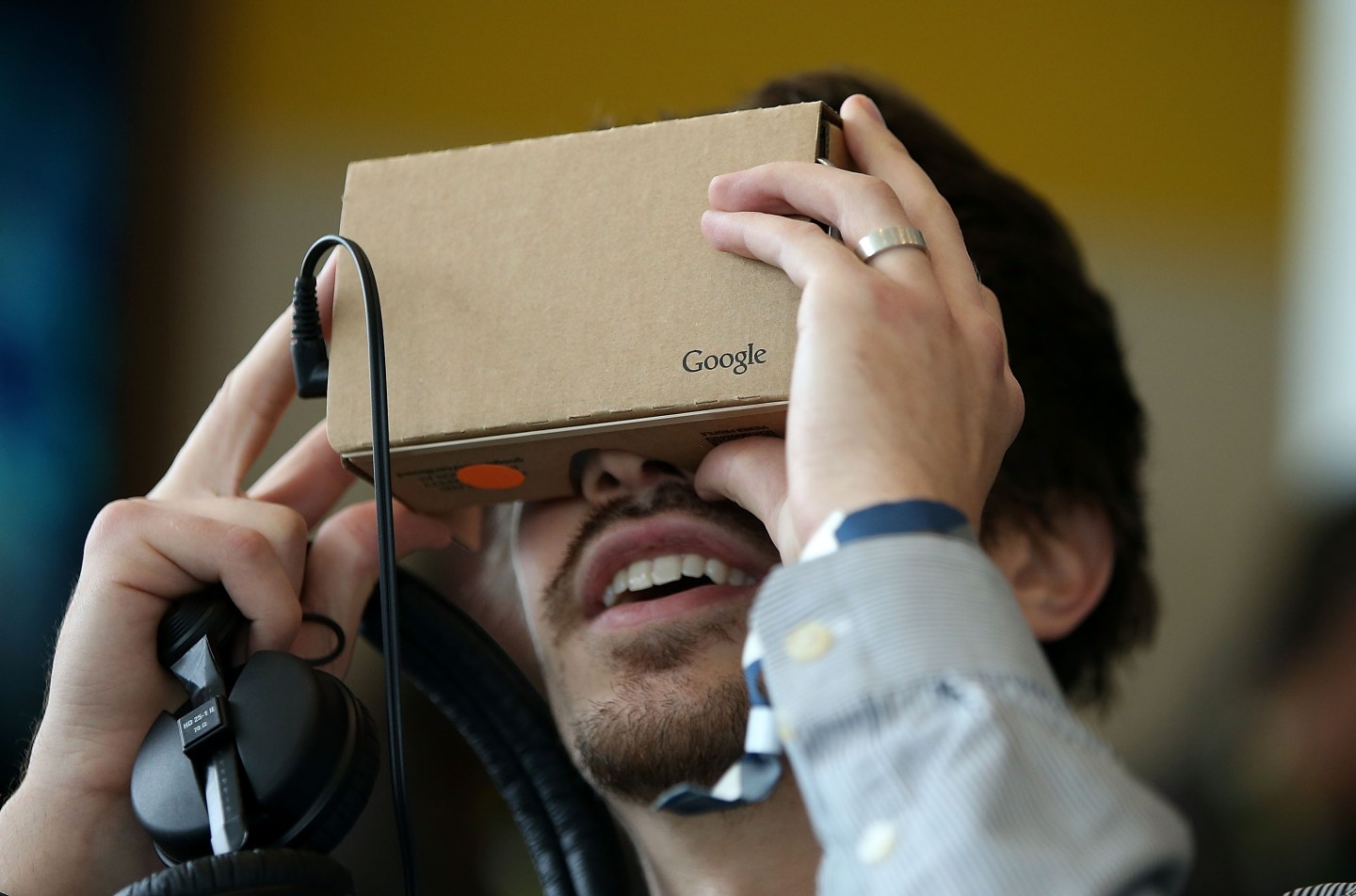 A few weeks back, The New York Times announced plans to distribute Google (GOOG) Cardboard virtual reality viewers to its subscribers. Over the weekend those viewers finally arrived—along with a movie.

Sorry, it’s not a Hollywood blockbuster. But you should see it anyway, and even if you’re not a Times subscriber, you can. The Displaced tells the stories of three refugee children forced from their homes by war or persecution. The 11-minute documentary can be viewed on a smartphone or tablet via the free NYT VR app, which is available from both Google Play and the iOS App Store.

A VR headset like Google Cardboard or Homido is optional, but highly recommended.

I’ve tinkered with virtual reality a lot over the past year, mostly through homebrew Google Cardboard apps and games, as well as a smattering of you-are-there concerts, like the one that puts you onstage with Paul McCartney. I also watched New York Times magazine’s intriguing Walking New York, a virtual-reality companion piece to the print edition’s eponymous cover story. That was an impressive piece of cinéma vérité, though hardly hardcore journalism.

The Displaced feels like a real documentary because it is one. And “real” takes on a new meaning when you find yourself at the center of the imagery rather than just a passive viewer of it.

Indeed, five seconds into the film, I was struck by the immediacy—and intimacy—of the images. These aren’t computer-generated faces and landscapes; they’re real people in real places, and I felt like I was standing there myself, not just observing from afar.

Although this isn’t a traditional VR experience, in that you can’t walk around and interact with people or objects—you’re still just riding the railcar captured by the camera lens—you can look in any direction and see the entire world around the camera, instead of the usual narrow view.

The result is a wholly different experience than watching, say, Age of Ultron in 3D in a theater. There, your brain tricks you into thinking you can reach out and touch Tony Stark’s lab. Watching The Displaced in VR, your brain tricks you into thinking you’ve teleported to the swamps of South Sudan, the rural outskirts of Lebanon or the bombed-out ruins of eastern Ukraine.

It’s extraordinary. And heartbreaking. And far too short.

The film focuses on three children (of a reported 30 million currently uprooted by war), providing a brief glimpse of what their lives are like now, compared to how they were before fighting broke out. Not one of the children speaks English, but subtitles can be seen even if you’ve turned your head away from the “subject.”

Interestingly, it’s not always clear what the subject is. Although the children appear in many of the scenes, there’s not much of a narrative thread here, so at times you feel like a tourist, just looking around and gawking rather than watching a story unfold. That makes for a somewhat odd movie-viewing experience, especially to anyone watching you watch the movie.

But as a proof of concept, The Displaced scores in a big way. I’m sure I’m not alone in feeling a bit inured to the plights of refugees—like they are someone else’s faraway problem. After watching the movie in VR— or in other words, after traveling to these regions and seeing these children up close and personal—I’m moved. I want to help. Right. Now.

No doubt that’s exactly the reaction The New York Times (“NYT”) magazine hopes this kind of filmmaking will spark, and why the Times has plans for at least two additional VR film projects. According to the company’s communication manager Jordan Cohen, The New York Times Magazine plans to “use VR technology in December and again in early 2016.”

Could this represent the future of filmmaking, if not news reporting? That remains to be seen. But The Displaced proves the value of seeing with a headset on.

For more about virtual reality, watch this Fortune video: