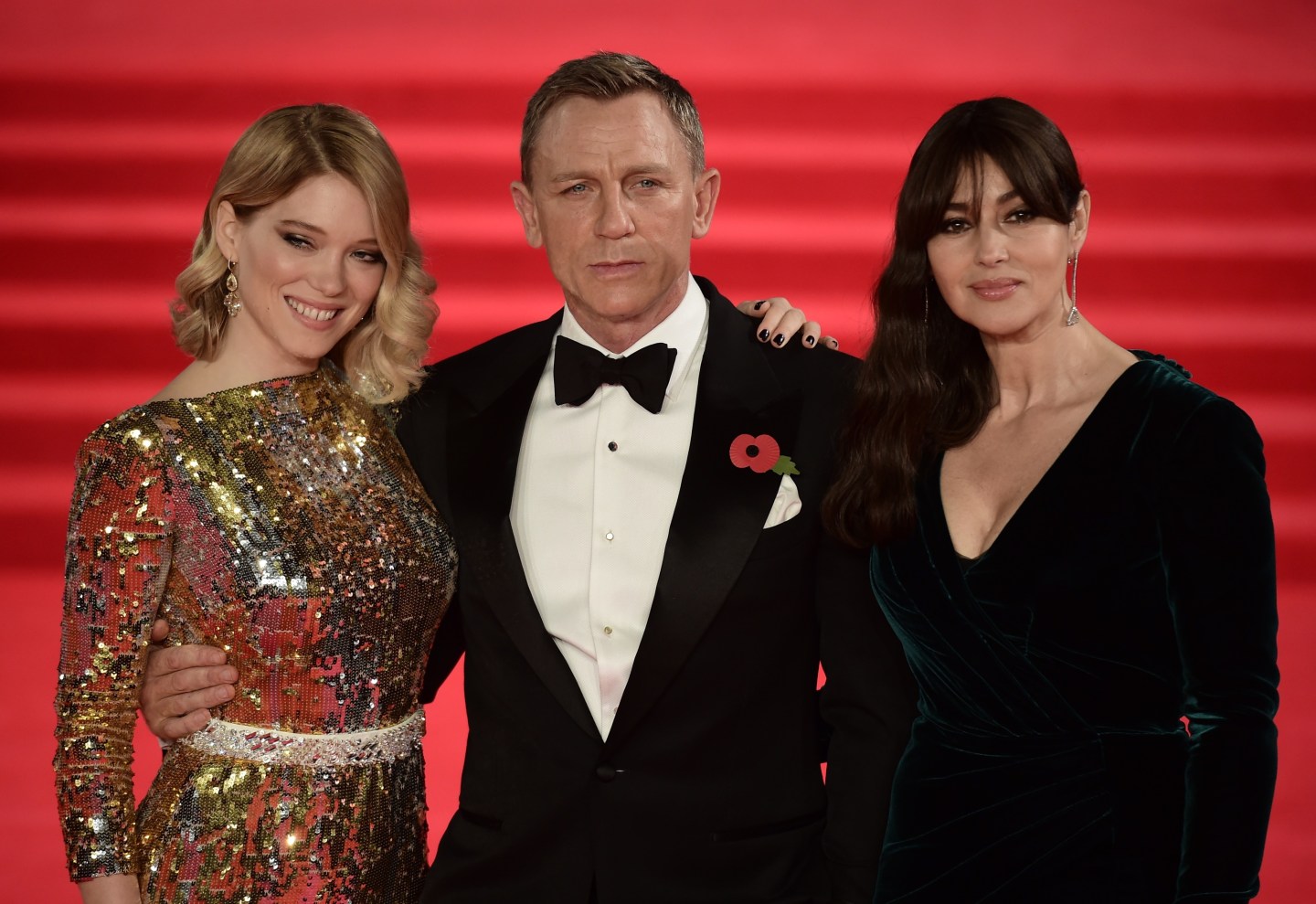 James Bond and Charlie Brown teamed up to pull the U.S. box office out of its October slump.

The two iconic characters featured in the weekend’s two biggest film openings, with Spectre and The Peanuts Movie pulling in $73 million and $45 million respectively in their weekend debuts at the domestic box office.

Those two totals alone would have been enough to top the entire haul at U.S. movie theaters during the previous weekend. The lowest-grossing weekend of the year, it capped off a dismal October for Hollywood that saw monthly domestic box office numbers drop off by nearly half year-over-year.

While October was a month of cinematic flops and disappointments, November can already claim two legitimate box office successes even though Sony’s (SNE) Spectre, the 24th entry in the James Bond franchise, fell short of analysts’ predictions for its opening weekend amid mixed reviews from critics. The film also made more than $15 million less than its Bond predecessor, 2012’s Skyfall.

Meanwhile, Peanuts, released by 20th Century Fox (FOX), approached its $50 million projections and scored mostly positive reviews from critics on its way to second place at the weekend box office. Rounding out the top three was Matt Damon sci-fi thriller The Martian, which finished a distant third with $9.3 million in its sixth weekend in theaters. The Martian dominated an otherwise quiet October, topping the weekend box office four out of five weekends in the month.

Among films given limited releases over the weekend, Spotlight performed admirably. The Oscar-buzzy movie, which deals with a group of Boston journalists uncovering the Catholic Church’s molestation scandal, brought in more than $300,000 over the weekend despite playing in only five theaters, giving the film a per-theater average gross of $60,455.

November can be expected to be a stronger month at the box office for Hollywood overall. After the strong start to the month, moviegoers still have the latest (and final) entry in the Hunger Games franchise to look forward to, with that Lionsgate (LGF) film projected to be one of the highest-grossing releases of the year when it comes out on Nov. 20.