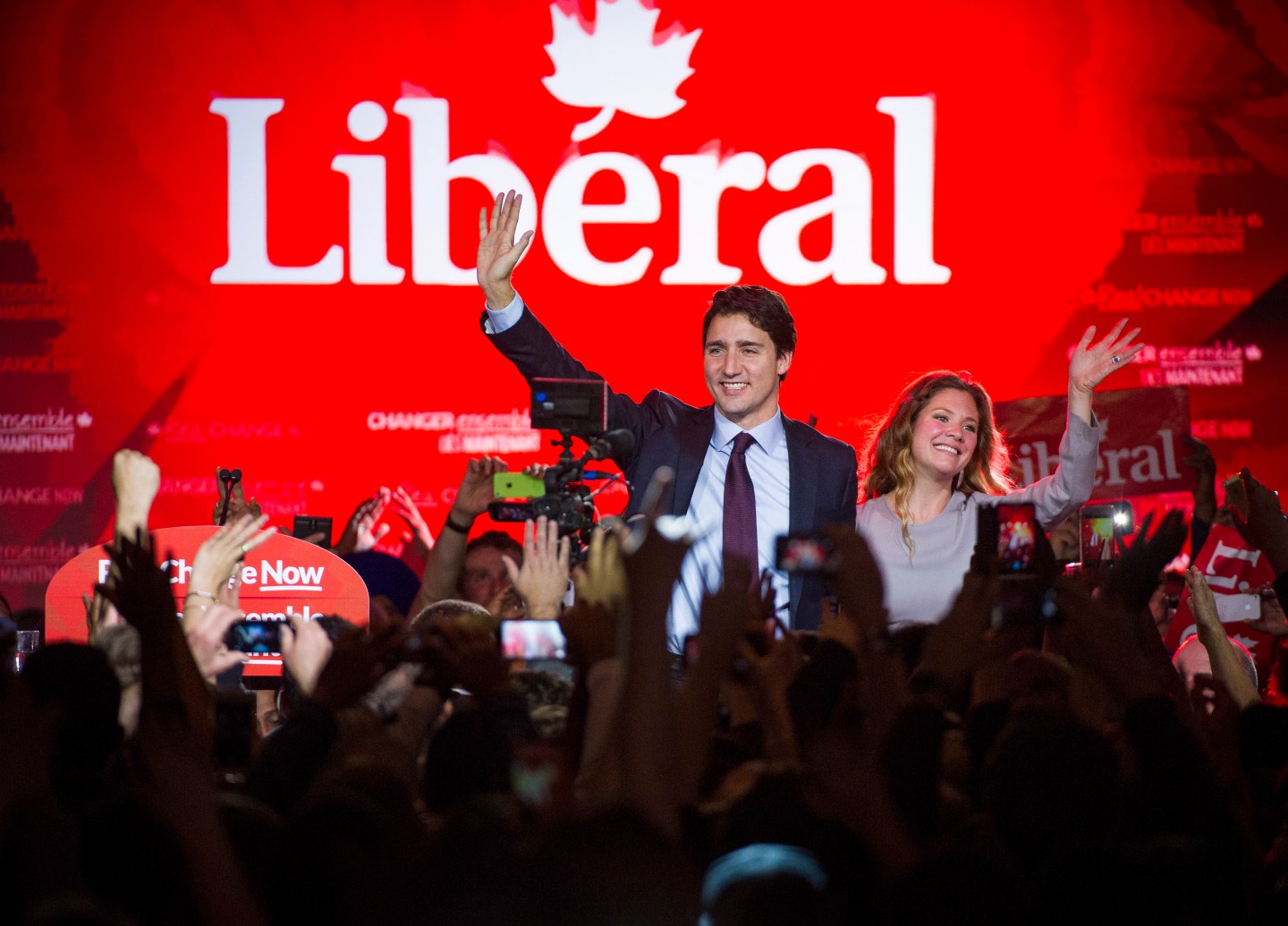 Canada does it again. Whether it’s immigration, healthcare or gay marriage, the country has long been a testing ground for progressive policies. Last week, the North American nation added to that legacy, becoming the sixth country in the world to achieve a gender balance in its ministerial positions.

When reporters asked the country’s newly elected Prime Minister, Justin Trudeau, why he supported gender parity amongst his government’s top ranks, the Liberal Party leader had a very simple answer: “Because it’s 2015.”

And while that may strike many as the perfect response, in reality, the leadership of most nations remains a long way from 50/50.

Twenty years after 189 countries signed the Beijing Platform for Action, which urged governments to strive for gender balance in its leadership positions, Canada now joins a small collection of countries where women occupy at least 50% of ministerial positions, according to an annual report by the Inter-Parliamentary Union.

“[Trudeau] is definitely ahead of his time, even though he’s absolutely right, that in 2015, this is what every cabinet should look like.” said Heidi Hartmann, founder and president of the Institute for Women’s Policy Research.

Obama’s cabinet is 35% women, which isn’t exactly parity, but looks pretty good compared to other areas in U.S. government. Just 20% of the U.S. Senate, 24% of state legislatures, 19.3% of the U.S. House and 10% of U.S. governors are female. At the current pace, Congress won’t reach gender parity until the year 2117, according to the Institute for Women’s Policy Research’s annual Status of Women in the States report.

The representation of women in politics is even bleaker in other industrialized countries. David Cameron’s cabinet, for example, is only 29% female, as is 31.8% of the U.K. parliament. The Nordic countries have the highest share of women in ministerial positions, with an average of 41.5%, followed by the Americas with 26.5% and non-Nordic Europe with 23.6%. Every other continent averages below 22.5%, according to the to the Inter-Parliamentary Union.

Before giving Canada a standing ovation, it’s important to note that women accounted for just 31% of local candidates in the country’s recent election. Fifty of those women were elected and Trudeau’s Liberal party finished the election with a caucus that was 27% female. It’s an improvement on the outgoing Conservative government’s 20%, but political scientists similarly predict that it will take another 100 years before the Canadian Parliament verges on gender parity.

“This is so revolutionary in a country like Canada that has this Commonwealth electoral system, this old school system,” said Julie Ballington, a policy advisor on political participation at U.N. Women. “The countries that have made more progressive changes are based on a different electoral model.”

Trudeau’s decision to treat women as equal partners in the government “bypasses the traditional perceptions around the role of women in politics,” says Ballington. “It’s a bold move.”