The Gaming Industry is Losing Billions by Ignoring This Group 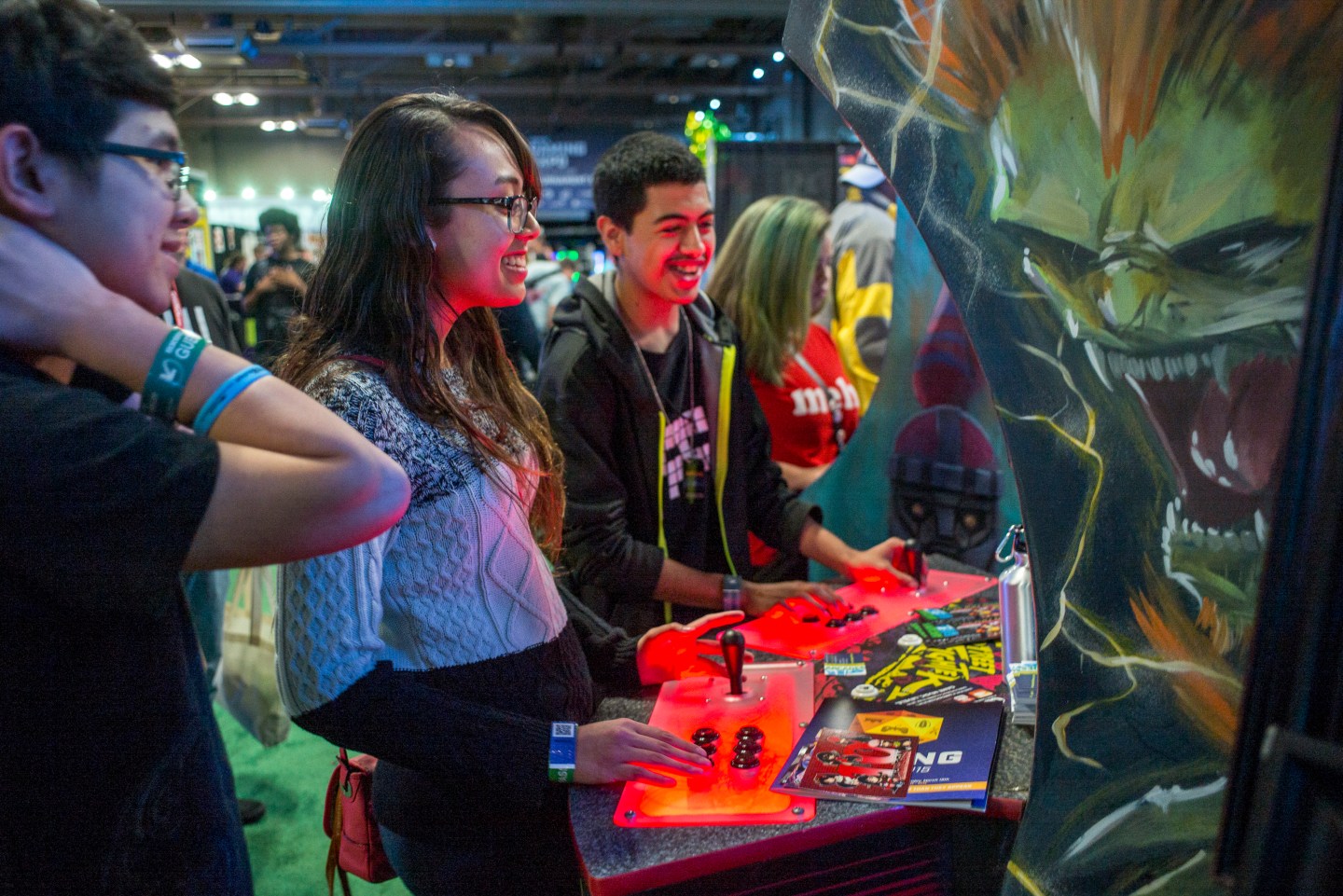 It’s an odd thing when a $77 billion industry is afraid to address half of its audience. Last week, interactive festival SXSW canceled—and later reinstated—two panels on the online harassment of women following a series of threats against the panelists. And earlier this year, female game designers spoke of dealing with harassment at the Game Developer Conference in San Francisco. It’s evident that the games industry is still struggling to connect with women, and it’s perhaps important to remind ourselves why, exactly, the industry needs to step it up.

The notion that women don’t play video games is absurd.

Never mind that the instinct to play is universal, or that some of the best-known games were designed by women (e.g. Monopoly). Yet, for the longest time, the games industry appears to have only focused on a rather narrowly defined demographic of males, aged 18 to 34 years old. And by doing,so, it’s been missing out on a global market opportunity in the range of $30 billion to $45 billion annually.

Over the past three decades, video games have evolved from near-extinction to becoming one of the biggest entertainment industries in the world. Today, games generate about $25 billion in annual revenue in the United States, a key market, making it the third–largest entertainment sector in the country and surpassing the market for newspapers ($21 billion), radio broadcasting ($17 billion), magazine publishing ($16 billion), film box office sales ($11 billion), and music ($9 billion).

The games market today is made by classic categories, like console and PC, but has also seen the emergence of mobile, social network-based gaming. Where traditionally consumers buy a game in a box at the store, games can now be downloaded to any device. Certainly, men still dominate some genres or device segments: Boys and men still account for 83% of the audience for classic genres like shooter games on PC. On mobile, however, there’s a much more equal distribution, with women accounting for 46% of the player base. And if we look at casino-style games on PC, mobile, or tablet, we even see women accounting for well over two-thirds of the player base.

The games industry would do well, then, to expand the scope of its operations. For one, the promise of revenues should rear the head of any publishing executive. A franchise like Candy Crush— which is tremendously popular among female audiences — has already earned $3.9 billion to-date.* Its success in this category led Activision to acquire it the tune of $5.9 billion.

Second, the games industry is largely hit-driven, and therefore demands an incredible amount of creative effort and capital risk for a shot at greatness. With few exceptions, most of the best-known game franchises and sales records are the result of meticulous planning and execution, which is really is another way of saying that it costs a lot of money. For example: Grand Theft Auto V broke all previous sales records by generating $1 billion in revenues within the first three 3 days following its release, instantly making it the most successful entertainment property in any market, ever. It managed to do so with a budget of no less than $260 million, split evenly between marketing and development. Consequently, appealing to a more diverse, addressable market goes a long way towards mitigating the enormous capital risk that comes with the territory.

But dollars alone don’t mean a thing. Perhaps most importantly, games are mediated cultural artifacts. In a parallel universe not far from it, a study of romance novels by Janice Radway (Reading the Romance, 1984) found that this category of books is the end product of “a much-mediated, highly complex material and social process that involves writers, literary agents, publishing officials, and editors, as well as hundreds of other people who participate in the manufacture, distribution, and selling of books.” The reader, in this context, further influences this process by controlling the purse strings, thereby casting an important vote as to what is expected from the publisher.

Following this example, games, too are the product of an intricate set of relations between designers, programmers, marketing executives, business intelligence analysts, reporters, conference organizers, and, ultimately, consumers.

And so it’s about more than just a missed market opportunity: Servicing a female audience challenges game companies to rethink the fabric of their workforce and, by proxy, the issue of gender in the entertainment industry at large. It needs little explanation that newspapers, and more broadly, the Fourth Estate, needs a myriad of voices and ideas to truly serve the democratic ideals we seek to uphold in western countries. Freedom of the press alone isn’t enough. When it comes to the production and distribution of ideas, a wide range of topics, ideas, and voices is key.

The same applies to games. Focusing on too narrow of an audience reduces its potential as a form of entertainment. Conversely, acknowledging women as part a financially viable part of the total gamer audience forces game companies to innovate their businesses. And that’s what makes videos games truly a mainstream form of entertainment.

All data used in this article is provided courtesy of SuperData Research.

Joost Van Dreunen is the founder and CEO of SuperData. He is also an adjunct professor in NYU Stern’s Entertainment, Media & Technology program, and does extensive research on video games.